This Is My Reaction to this Film 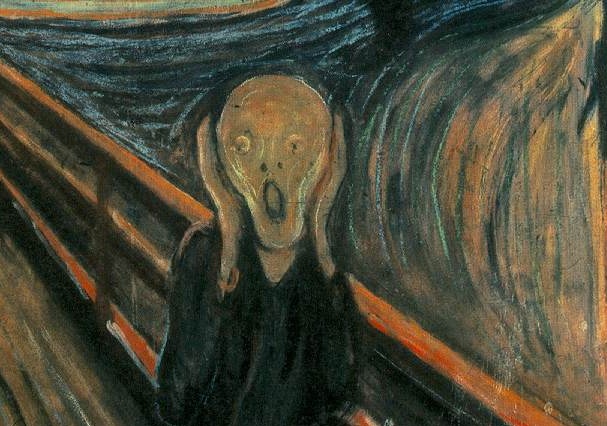 “Waste Land” is dark, gross, sticky and noisy. And no, that isn’t a synonym for coitus or open heart surgery, it’s the description of men and women who dig through garbage for a living. No, it’s not about homeless people, either. Oh boy, this is going to be a difficult review. “Waste Land” is actually about a coalition of people who work at Jardim Gramacho, the most disgustingly monolithic landfill in the world, in order to make a living for themselves. They are called “pickers”, an army of people who wear sullied yellow jackets instead of body armor. These people plug their feet into mounds upon mounds of trash, in the world’s largest landfill in Rio de Janeiro, as they find a living doing what most people would consider to be a socioeconomic Pompeii. The pickers scour mountains of garbage in search of material that they can recycle. They are frontierspeople in a land of rotten produce and pierced beer cans. Not the most glamorous portrayal of trailblazing, to be sure, but the pickers are proud – and why shouldn’t they be? The motley legion is comprised of hard-barked old men with leathery gumption, middle-aged women with backbones of titanium steel, and quasi-existentialists who pluck books from sticky makeshift branches of garbage. None of this is fun to watch, as you can probably imagine, as heaps of trash continually crash like plastic tsunamis near the weary-eyed workers. We, the audience, are here in this soiled plantation because director Lucy Walker has decided to follow Vik Muniz, an avant-garde artist who has an idea: what would happen if he turned a monochrome dystopia into a supernova of creativity? Muniz has a special interest in this, of course, as he is actually from Rio de Janeiro. The film follows the enigmatic thinker as he interviews pickers, looks at Googlemaps, and points to things (this guy has his arms erect so often that he could make a scarecrow blush).

All of this is surely important. There’s no doubt that these people, working in a dangerous atmosphere, have bodies that are decaying like chipped paint on a weathered building. Directorially, Walker is working with material that has the important human element plastered all over it. How could this documentary go wrong? The duress that these people endure is the obligatory emotional chip-shot for those of us with half a heart and three-fourths of a brain; this film is for those of us who like to pair words like “oh my” and “that’s awful” together. Either Walker completed butchered this documentary, which is the most likely door that I’m choosing, or I’m a complete sociopath, because I felt like my brain was slathered with Novocain during this picture. Walker released a film, earlier in the year, called “Countdown to Zero”, another documentary that had pressing information with a poor delivery. Look, I understand that someone can enjoy Mozart, but it doesn’t mean that your fingers are going to artfully stream across a grand piano because you heard Concerto No. 24 in C minor. Some people can rock, others are better off being hit by them (not that I’m condoning that?) And speaking of music, Moby composed the score for “Waste Land”. How can I explain what this sounds like? Perhaps a space age lounge band playing ambient themed science fiction songs. How totally unnecessary.

I think this documentary is timely and necessary. I also think this documentary needs to be remade. Do people remake documentaries? I would compare this picture to a tripwire; it’s loud and explosive, but still unrefined and all over the place. If only one of the pickers had political ties or some nefarious affair, Alex Gibney, a much better filmmaker, would have headed this documentary. As it stands, we get some sort of pseudo-art exploitation of Jardim Gramacho’s pickers and their hopes and dreams. Muniz, at one point, thinks it dramatic to dress one of the workers up like Jacques-Louis David’s painting, The Death of Marat. To me, this is less artistic and more grotesque. Isn’t the scene of these men and women, arched over in physical pain, dramatic enough without arranging them like a fruit bowl for a still life painting? If I saw a homeless veteran on the street, I wouldn’t stop and make him pose like Caravaggio’s “The Martyrdom of Saint Matthew”. I don’t presume to know someone’s pain, let alone make them pose for my own creative pleasure, whether they are getting funds for it or not.

“Waste Land” sheds some crooked light on the poor working conditions of people in Rio de Janeiro’s  Jardim Gramacho. I appreciate the sentiment, but I cant help thinking, in some way shape or form, that Muniz isn’t capable of fully comprehending what he is seeing because his eyes are branded by unyielding hubris. I will say that he did advocate some great reforms in the community, but I only wish that he had done so with less pretension in his brush stroke. Oh well, cheers to what good came out of his art, but not the means in which it was created.