Met with incisor flashing rage, 2017 in film was a kaleidoscope of havoc. Features were challenging, uncompromising, and investigative of the human condition. Agnes Varda and JR perforated the catastrophic darkness with shocks of hope and curiosity. Even though the Oscar nominations haven’t been announced, I am preemptively livid that Katherine Waterston was not given a nod for her work in Alien: Covenant. The same can be said for Florence Pugh’s visceral, cold-sweat-of-a-performance in Lady Macbeth. Pugh’s pupils were buzz saws, and nobody even used CG. Here is a list of my favorite films of 2017. 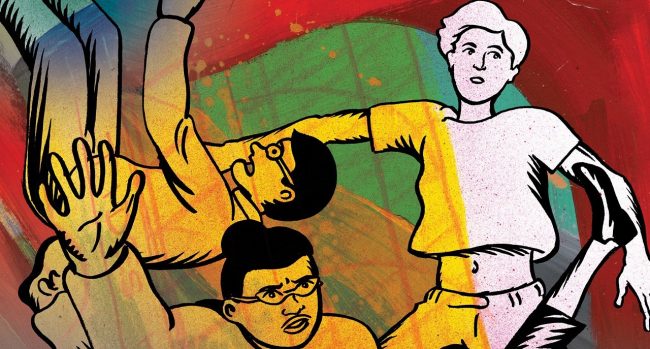 Here is a strange Yahtzee cup of styles and genres: Part Sega Genesis side-scroller, part-Hüsker Dü album cover, and part-’90s trapper keeper art, Dash Shaw’s unorthodox exploration of social classes and adventure narratives is inexplicably fun. If you ever wondered what Daria would look like through an Animal Collective Instagram filter, you are going to love this. 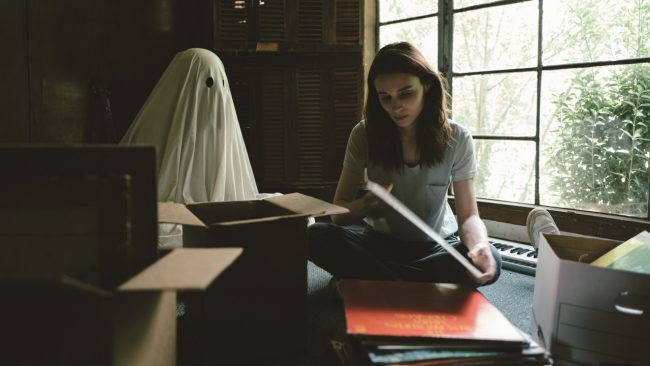 This was so emotionally affecting that it’s almost mean-spirited. I crawled behind a box fan after this was over and refused to talk to anyone for thirty minutes. A rumination on memory, time, and music. Personal happiness allayed by fate. Future plans impeded by the indifference of mortality. Fun times! 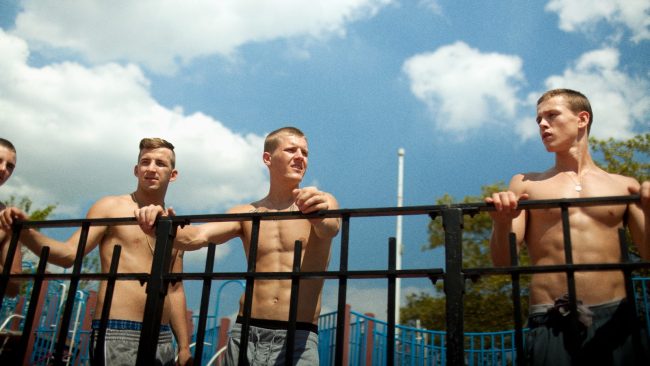 Eliza Hittman’s Beach Rats hit me so hard that I almost had to take an LOA from work. All sea salt, flecks of sweat, and the dull glow of computer monitors. Here is a film that understands the complexity of living in a surface level dystopia. Artifice as safety. Release and guilt. Weeks later and I haven’t shaken this film from my mind. 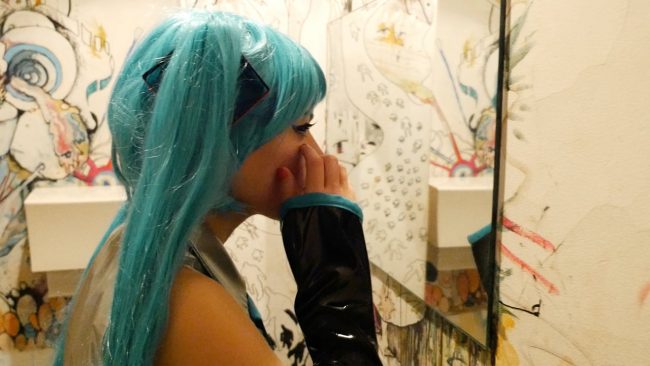 Blips of neon, synthetic rainbows of color, prefabricated pockets of glee. The World Is Mine examines pop culture without lampooning its psychology. Here is a loving documentary that plunges its hands into the light with untethered curiosity. Assigning emotions to the malleable content of cyber avatars (in this case, Hatsune Miku), legions of fans crowd around the idea of a perfect pop diva. Director Ann Oren places herself in the eye of the storm, cosplaying as the aforementioned superstar. The World Is Mine is an infectious uncanny valley of love, understanding, and manipulation. It’s all things beautiful and unsettling. 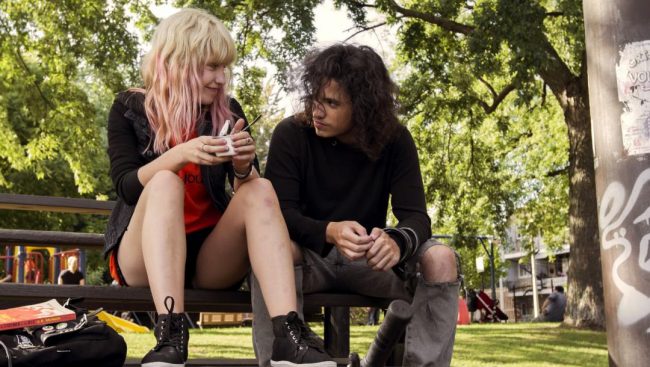 Finally, a movie relationship that I could believe in. With genuine, unpretentious dialogue and honest clumsiness. Cozy exchanges and inundated sheets, warm laptops and the faint luminescence of diner tables. I did not want to leave either one of these characters. 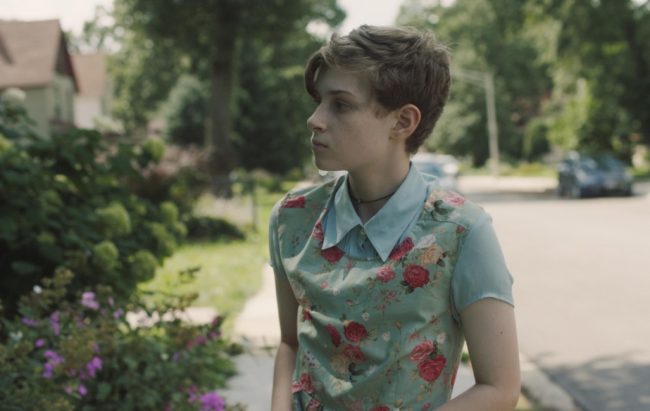 It’s probably not a coincidence that several of the films on this list are remarkably quiet and meditative features. In a year that has been a wildfire of crackling noise, narcissism, and fear, They presents a glowing calm of light, color, and negative space. A sense of empathy and wonder surround this movie. Rhys Fehrenbacher delivers one of the most nuanced and moving performances of the year. 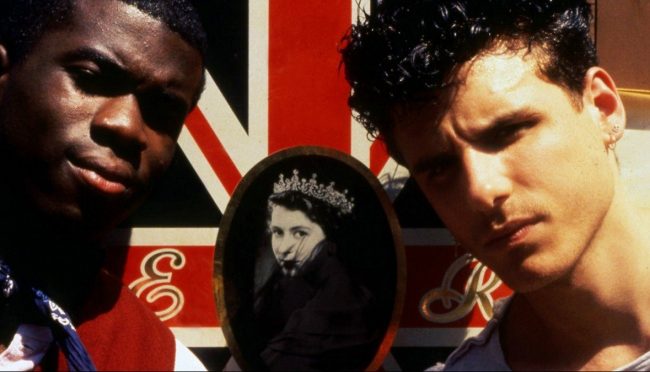 A powerful mosaic of shifting images and ethereal music. Queerama is a buoyant chorus of fluttering notes and uncompromising passion. What a terrific mosaic of a film that circumvents traditional narrative, and instead mines deep through history and emotion with whirling heat and love. 2017, you’re healing me. 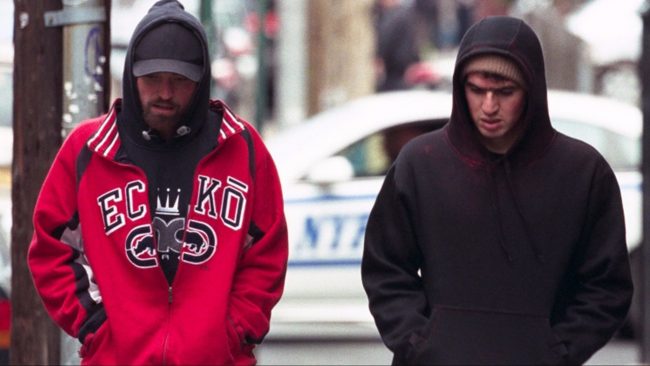 Bleating tires on wet concrete, oily locks of hair, Cheshire Cat grins. Good Time is a carousel of desperation and manipulation. Robert Pattinson bays at the moon, while the streets around him light up like a circuit board. This is the scariest and funniest film of the year. The Safdie brothers burrow deep. [EXT. WHITE CASTLE – NIGHT] 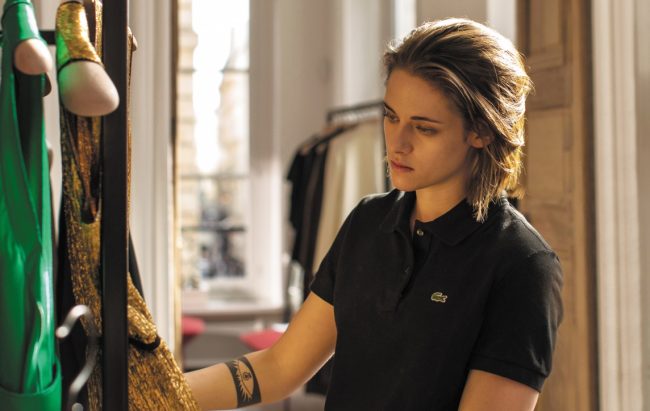 Olivier Assayas’ beguiling film is comprised of window streaks, railroad spike heels, and skin crawling loneliness. It posits all questions. How malleable is identity? How far does grief spiderweb? What sort of marionette strings control our shadows? This is the most affecting film I have seen in a long time, where rock-paper-scissors is your only way out of a snowstorm. If you’re not careful, you can walk into the fog of this narrative and never return. Shot out to Jenn Champion for giving me a K-Stew tattoo three months after seeing this movie. 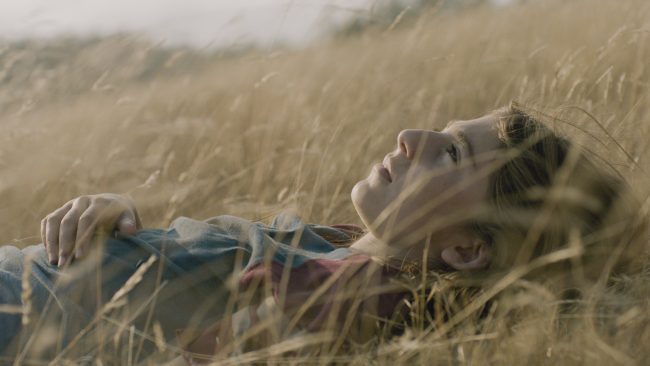 I want to curl up in this movie and pull it over my head like a giant blanket and just cry. The most powerful sound of 2017 wasn’t a thrown car, whirring bullets, or CG landscapes strafed with explosions. Instead, it was the careful unwrapping of a sandwich. Lane 1974 is a dichotomy of comfort and tenuousness, a film where rolling hills flourish with the glow of an indifferent sunrise and the sky cracks with confusion. Sophia Mitri Schloss is a star.