I spent a significant portion of 2016 unspooled in a heap of tears and saline smudged hospital paperwork. I witnessed my dad’s ashes being poured into a phlegmatic sea before tossing a single flower to meet him. I stomped my eggshell colored Converse around downtown Portland, easing a kitchen’s worth of pint glasses to my lips. I hoisted smiles in a grease spattered pizza house at midnight. Bayed at the moon. Lost 40 pounds. Gained 30 back. I was called ‘a babe’ for the first time in my life, and spitshined my shoes at San Diego International Airport. But between all of the malaise and barley I watched film. Stacks of film. From theaters to screeners. These are the ten that changed me.

Languid, atonal, and awash with opalescent drowsiness, “For the Plasma” leafs through time in a sort of REM sleep. Shot in 16mm, directors Bingham Bryant and Kyle Molzan film Maine as if it were a still life painting soiled by wet beach sand. The story, revolving around the study of trees by way of stationary cameras (watch out “Fast and the Furious 8”), is eerily comforting in its lo-fi narrative. There is a sequence where a character named Helen (Rosalie Lowe) astutely circles newspaper articles based on their relevance. The darting pen turns the page into a cat’s cradle of oblong ink stains. Helen’s constitution for this atypical system is delivered with such a powerfully monotone cadence that you’ll swear you’re watching Bob Ross dot leaves on a tree. “For the Plasma” is like a Guy Maddin film as co-authored by Alex Ross Perry; ASMR disguised as cinema. You cant go wrong. 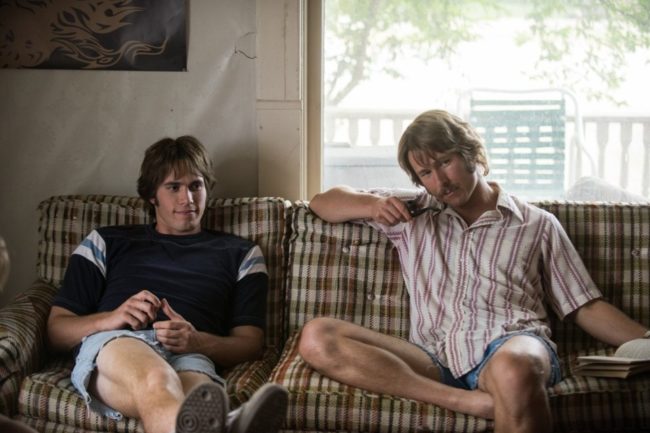 Over-carbonated, punctuated by rock riffs, and spinning like the plastic chamber of a capgun, Richard Linklater’s “Everybody Wants Some!!” is a film that throws the three act structure into a roaring airplane engine. Though the ’70s have been both lampooned and lauded for its Big Bird hair and daffy horizontal stripes, we’re given yet another tour of duty in the decade of AstroTurf and acid. And yet, for all of the film’s muscle flexing and punting of beer cans, Linklater aims his sights on the fragility of masculinity. “Everybody Wants Some!!” doesn’t so much revel in stupidity as it lovingly dissects it. 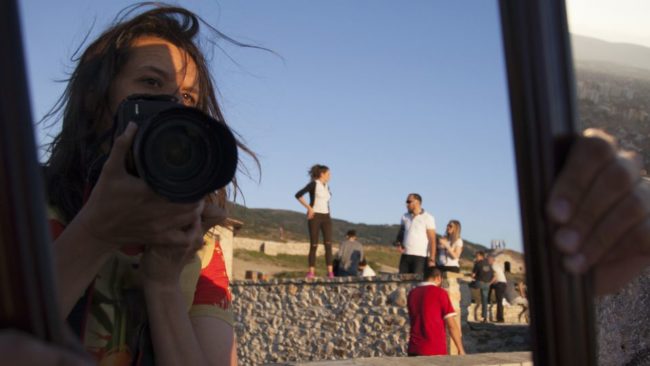 “Cameraperson” is daunting in its presentation of bark splintered horizons and pastoral landscapes. Cinematographer Kirsten Johnson pieces together a mosaic of her work for the purpose of a bristling and beautiful epilogue of sorts. We see weathered smiles, the pattering of animals, and the whirring of axes against aching trees. Johnson’s incredibly personal documentary also places loving footage of her mother between varied scenes of vacant, teetering buildings and warm interviews. This is quite simply an extraordinarily orchestrated vibration of strings. Essential viewing.

In great detail and empathy, director Keith Maitland’s “Tower” recreates the chilling 1966 shootings at the University of Texas at Austin. Using animation that warbles, juts, and vibrates like Richard Linklater’s “Waking Life”, the documentary marries reenactments and live footage to create a kaleidoscope of uncanny valleys. Colors bleed and pop, sometimes dissolve and fizzle. The lines of the campus wobble and occasionally become sharply detailed based on the situation, emotion, and first-hand account. “Tower” explores many topics with great care: Guilt, love, compassion, primordial instincts, phantom limbs, and the ephemeral nature of urgency in the face of obstruction and horror. This is the most intimate documentary of the year, where we look upon life with not only quizzical and frustrated expressions, but with love and undaunted empathy. 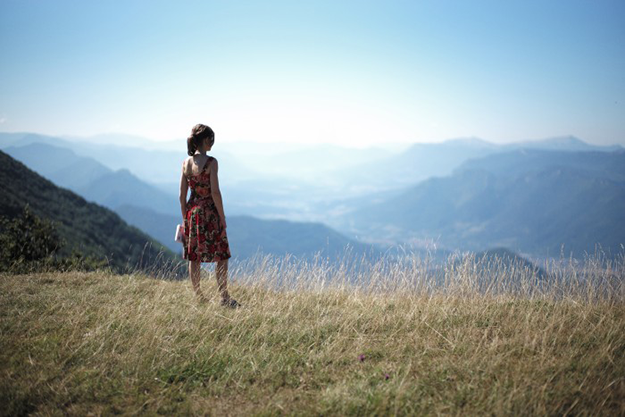 In a year where nuance has been thrown to the wolves, director Mia Hansen-Løve crafts a story without crashing symbols and whirling parasols. “Things to Come” is simply about the aching, sometimes acerbically humorous, moments in life. The craven, rudderless, choices of others and the propulsion of will to get past them. Isabelle Huppert’s Nathalie isn’t especially quixotic, but throughout her intensely personal ordeals flashes of romanticism unearths from the fury. There are moments in this film, especially due to Huppert’s monumentally thoughtful performance, that carry both bruised hilarity and quiet strength. The frustration boils and crashes onto the stove top of Nathalie’s mind as she coordinates missile strikes for and against the people in her life. “Things to Come” is a masterwork in identity, intellectualism, and Murphy’s law. 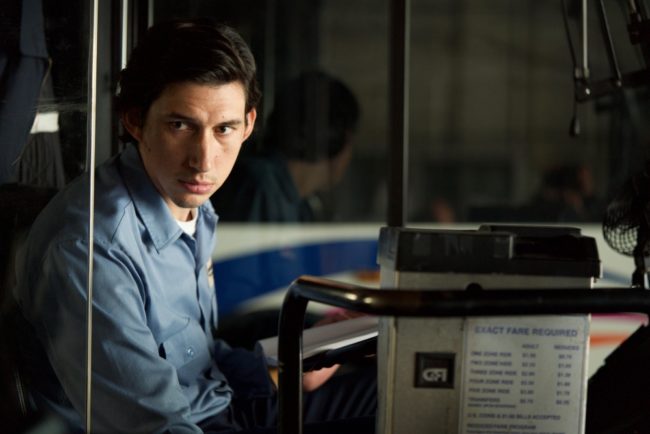 An honest unveiling of minutiae. Inverted sofa cushions, precipitating pints of beer, and a waddling bulldog. Jim Jarmusch’s “Paterson” has the hushed jangling of a wind chime and the uneasy, slow pour of a gas leak. The story of a bus driver named Paterson living in the blue collar area of Paterson is an alphabet soup of pain, comfort, and consequence. Adam Driver gives a wonderfully nuanced performance as a man whose bent wire hanger posture and lovingly accepting expression exudes pure magnetism and overcast love. Somewhat divisively, “Paterson” speaks in sign language to both the intangible subtlety and licking flames of life. Love is basically a clunky skee ball game. 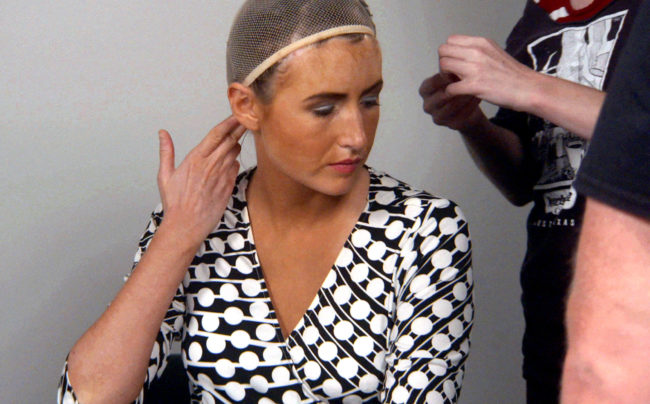 Perverse in its curiosity. Somber in self-immolation. “Kate Plays Christine” attempts to eulogize its subject without becoming fetishistic, but it’s nearly impossible – and that’s precisely why this film works. Humans are morbid by nature, always touching the void. The fascination lies in the director’s inability to hide his desire for darkness. Kate Lyn Sheil mines deep to unearth feelings of curdling unease. Here is a performance that drunkenly tightrope walks between art and the cold, indifferent chill of a cracked concrete floor. Danger and death always feverishly present in strobing red lights. 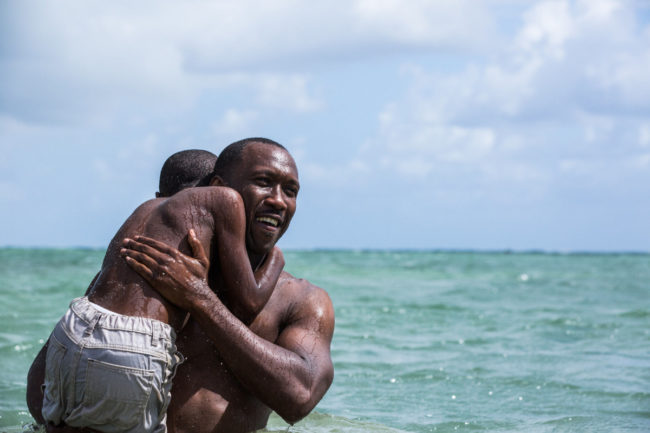 Barry Jenkins’ luminescent sonnet of survival and love is a bruised constellation of identity. A coral reef humming with all things life. Here is every feeling in one movie, a firework finale of upturned eyes. The brisk pang of nighttime air. The soft, boundless notes of a Barbara Lewis song warmly washing over diner tables. But it’s also bloody tartare. Good Kid, M.A.A.D City vibes. Discord and hope tethered to scrambled violins. This film is bonkers good, and 2016 America hasn’t earned its compassion.

2. Manchester by the Sea 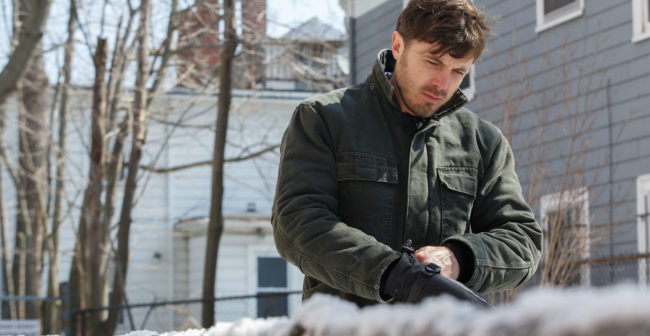 “Manchester by the Sea” peels the paint off of comfort by placing a crestfallen Casey Affleck in a cobalt nightmare. Writer and director Kenneth Lonergan films each frame with a startling dichotomy of teeth gnashing conflict and cotton insulated humor. It’s without a doubt one of the best American films of the year. A tale of snow laden sidewalks dashed with salt. Family through a smudged lens of doubt. And the self-mortification of a brick and mortar, alcohol whiplashed pathos. May Michelle Williams continue to rule for many years to come.

There’s a quiet ruffling of feathers. Silence perforated by the faraway crackling of ice and a propulsive mist of water. And through the drowsy and disorienting haze, we see the powerfully excursive smile of Zhao Tao as she walks, draped in a scalding hot cranberry red coat, through thickets of time and doubt. Director Jia Zhangke’s “Mountains May Depart” is a film that waves a scythe through decades. It both flutters and kicks. Flushes its cheeks with pain and grasps the sky with hope. And yet none of the conveyed emotions are convenient or tamed. Here is a movie that understands life’s bucking indifference. Understands exactly how to use a Pet Shop Boys song to its maximum potential. “Mountains May Depart” is yet another incredibly beautiful, perceptive, and extraordinarily moving film that 2016 America doesn’t deserve.