A disgusting volley of unforgivable deeds and molar grinding abandon. Tire screeching, bone-jarring, guttural madness. My list for the Ten Great Dark Movies About Vacations or Traveling expunges weirdness. Bad drug trips, villains with halitosis, the eradication of childhood optimism – it’s all here! Fasten your seat belt and get ready for the spinout. 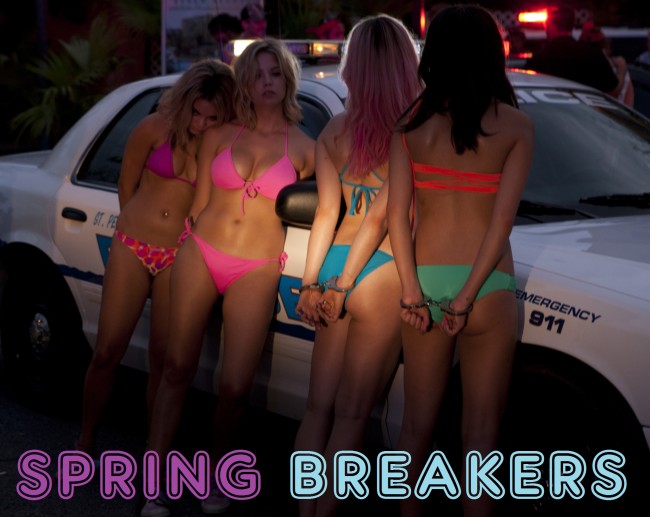 Spring Breakers was a sawed-off shotgun blast of repetition compulsion and glitter. A frank, debased, brutal Greek chorus of sexuality and droned out morals. Many viewers, looking for conventional narrative, were left on the ocean floor. Harmony Korine gave us chlorine scented nightmares. Another vacation film where the destination is comprised of sticks and stones. Forget the shock aspects, and belly flop into the rabbit’s hole without preconceptions. 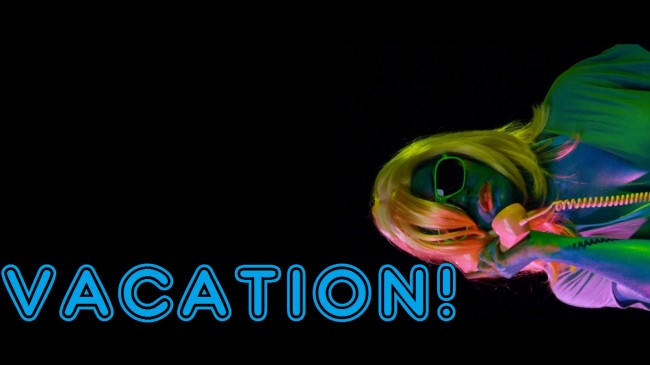 A hallucinatory gumball machine of cause and effect. Vacationing friends decide to kick up sand at the beach, imbibe hard alcohol, and partake in some choreographed chaos. Eventually, the mundane becomes the insane, as the reuniting friends discover themselves in a riptide of fear and pulsating blenders. The saliva flecked Vacation! is the worst of friend fears. Orated by an ethereal and crushing Glass Candy score, and a stunning Trieste Kelly Dunn performance, Zach Clark’s opus isn’t for the pure of heart. 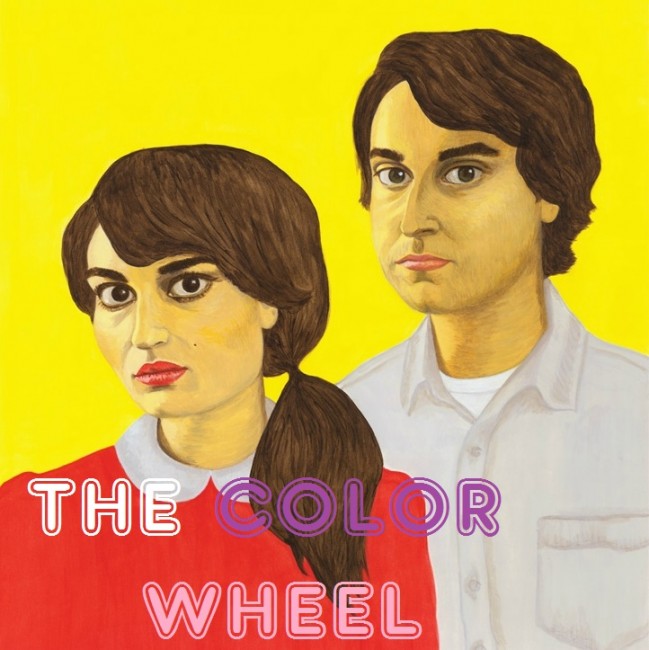 Heated, acerbic banter strafes actor/director Alex Ross Perry’s family-in-arms road film. Two fork tongued siblings parade their sardonic wit in a film that could be classified as mumblehorror. Think Duplass brothers under the influence of alcohol. Carlen Altman channels Trieste Kelly Dunn, while Alex Ross Perry comes across as a Nathan Fielder/Michael Cera 50/50 bar. Although the film is a maddening affair, the witty drum rolls of dialogue make The Color Wheel a carousel of slacker magic. Author’s note: The film’s poster could double as a Fiery Furnaces album cover. 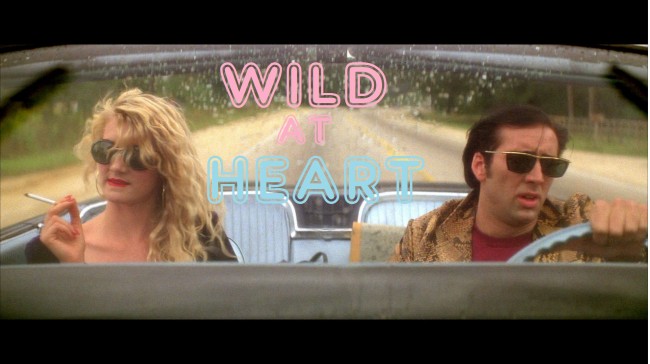 Sage advice from the jutting chin and pursed lips of an ornery outlaw duo. Bright colors and animal prints coil around the hull of our eccentric protagonists. David Lynch’s characteristically oily and blood smudged landscape is one of the most wonky, visceral, and oddball road movies in the history of cinema. All of Nic Cage’s live wire aggression snaps, whips and hisses in a sort of rain dance. Meanwhile, Laura Dern puffs, sulks, and mews when she isn’t pumping her fists. Make way for the lunatics and tire marks. 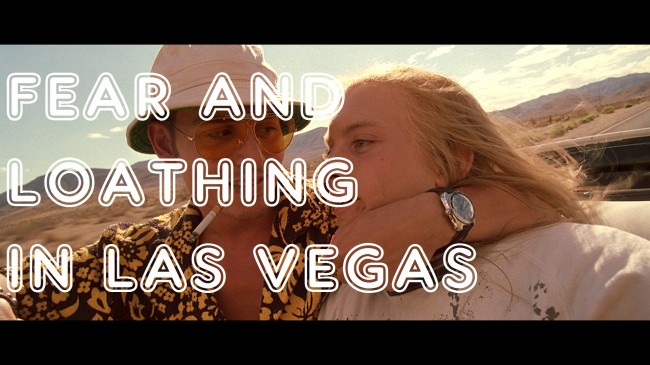 Fear and Loathing, the most popular entry in this dystopian list of volatile odysseys, should be seen as the figurehead for all wonky and belligerent road films. Everything from fish eye lenses to bizarre practical effects are employed with cavalier lunacy. Manic turns from a grunting, slovenly, petulant, and sweat laminated Benicio Del Toro really escalates the ante. Johnny Depp is great as the typewriter wielding Gonzo journalist, Hunter S. Thompson. And the rest is surreal history. 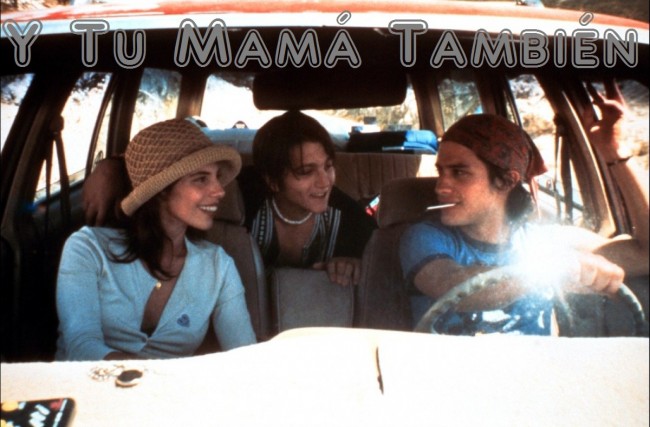 Possibly the most acutely benign film on my list of generally reckless follies, Alfonso Cuarón’s coming of age tale is a speed bag of sexuality and warpaint. Aggressively spontaneous, achingly poignant, and brilliantly depressing, Y Tu Mamá También is a barbed travelogue of fear and impulsiveness. And contains one of the most deftly carnal scenes in recent film memory. Also make sure to check out the projectile pop shot into the pool. Buzzfeed-type informality.

The ultimate horror film, The Neverending Story is built on the beams of erudite acceptance. the mastication of childhood naivete, and hopeful determination. Emotional malaise bears its staff and points you in the direction of rattling despair. Once these were strong hands; now they are powerless. The ultimate metal movie where fanged wolves and sun siphoning drudgery trumps happiness (even with the faux-optimism of its ending). The Neverending Story is the saddest travel film of all-time. 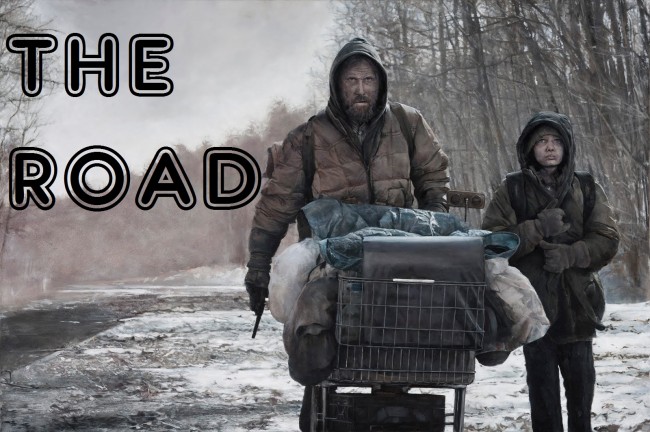 Steeped in the monochrome despair of a fallout Cormac McCarthy universe, The Road is a dreary, anticipatory, brutish exercise in fear and self-preservation. The most decisively upsetting travel film on this list, The Road is a hornet’s nest of unpredictability. Raising your kid in an ashtray of grays and snuffed out blacks is definitely not rewarding. “Here, son, enjoy the rubble of man’s hubris.” 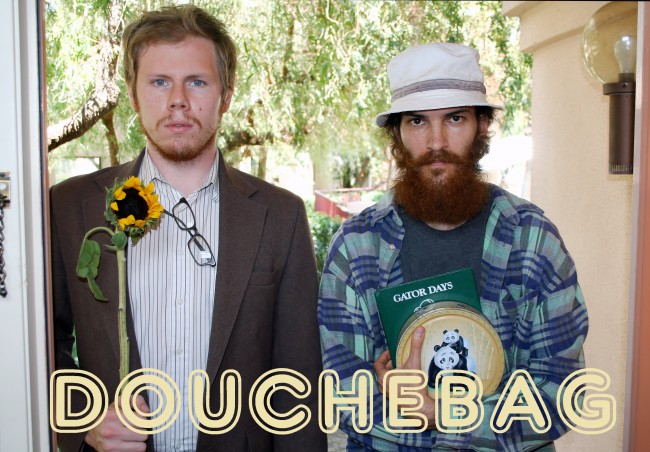 Not necessarily incendiary and diabolical, this relatively innocuous indie film, shown only in a few select theaters, still had the ornery temperament of a relentless curmudgeon and razor sharp guile of a confident screenwriter. Two estranged brothers apprehensively join forces to find a lost love. Emotional indigestion follow. A cool, remarkably airy score by Goddamn Electric Bill make this one of the most sentient, blue-in-the-face road films in the past decade. 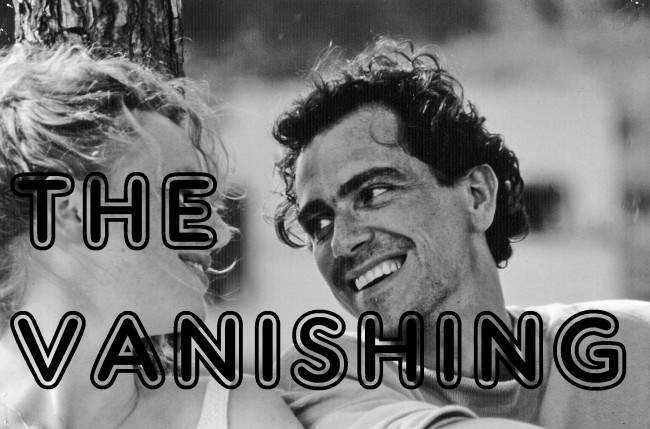 “Hey, honey, lets go on a vacation,” usually sounds nondescript enough. A romantic getaway to molt the doldrums of everyday life. But then your partner goes missing at a gas station and your brain feels like a powerless concave. George Sluizer’s The Vanishing is primal fear on its most base level. With a conclusion that will brine your mind in shock. This parasitic film will get under your skin, and likely ruin future road trips.