Vindicating Ten Years of Who Wants to be a Millionaire 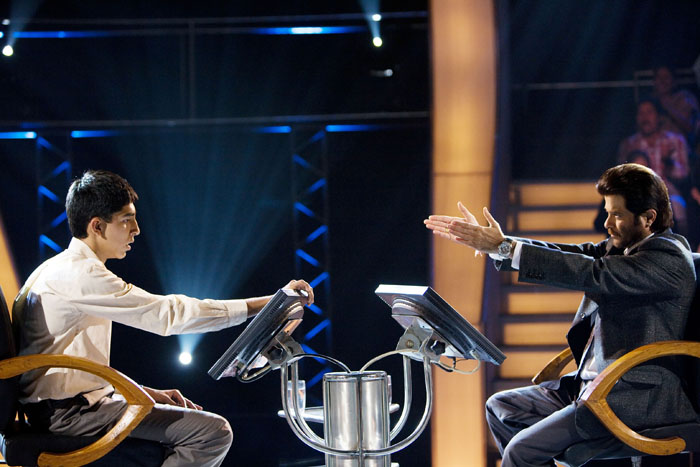 Question: Why do bad things happen to good people? Answer: So they can use their misery to answer trivia on a Hindu game show. At least that is the explanation posited in the film Slumdog Millionaire. Jamal Malik (actor Dev Patel), a product of the slums of Mumbai with no formal education, is poised to become the first twenty million rupee winner of India’s version of Who Wants to be a Millionaire (apparently Indian pop culture has yet to progress beyond 1998). With one question remaining, Jamal is arrested by local law enforcement under suspicion on cheating.

In custody, the police inspector (Irfan Khan) has Jamal tortured to elicit a confession—establishing a pattern of violence that underpins the entire film. However, Jamal does not confess. Through a Forrest Gump-styled narrative structure, the film utilizes flashbacks from Jamal’s childhood to vividly depict how he learned these bits of trivia. Each question unlocks a new piece of Jamal’s story as it is told to the inspector.

After his Islamic mother (Sanchita Couhdary) is murdered by a mob of Hindus (somewhere Ganesha is crossing his sixteen arms disapprovingly), a young Jamal and his brother Salim are left to fend for themselves. At Jamal’s insistence, the two brothers allow a young orphan girl, Latika, to join them. But when the trio has an encounter with a ruthless child exploiter, Latika gets separated from the two brothers and Jamal vows to find her. The two brothers spend their formative years hopping trains and hustling tourists to survive. As an adult, Jamal learns that Latika (Freida Pinto) is still alive and that her favorite show is, you guessed it, Who Wants to be a Millionaire. He resolves to get on the show in an attempt to reconnect with her. When Salim’s employer, a crime lord in the slums of Mumbai, has other plans for Latika, Jamal’s affection for her threatens to destroy the only family he has left.

Stylistically, co-directors Danny Boyle and Loveleen Tandan rely heavily on oversaturated colors and busy camerawork for the Indian countryside that contrasts nicely with the sterile shots inside the game show studio. Much of the energy of the film is provided by the densely edited sequences that jump freely between different points in Jamal’s life. For important shots throughout the film, the directors would slow the frame rate down to a sequence of still images reminiscent of Traffaut’s Jules and Jim—another film about a woman caught between the competing desires of two men.

The filmmakers wisely choose to highlight the bonds between the three children rather than emphasize their tragedies. In fact, the filmmakers treat every character as victims of circumstance—desperate to elevate themselves above the abject poverty that surrounds them. It is through this prism of an antagonistic landscape that Jamal’s desire to foster a caring relationship acquires its poignancy. It also underscores what a beacon of hope a game show like Who Wants to be a Millionaire means to a society with nothing.

Interestingly, the title for the show Who Wants to be a Millionaire was taken from a Cole Porter song used in the film High Society—another film about men from different classes fighting for the affection of a woman. In the song, after providing a laundry list of luxuries that he would never want, Frank Sinatra sings, “Who wants to be a millionaire? I don’t. And I don’t because all I want is you.” I couldn’t think of a better mantra for Jamal. Ol’ Blue Eyes would approve.