Of Love and Horror 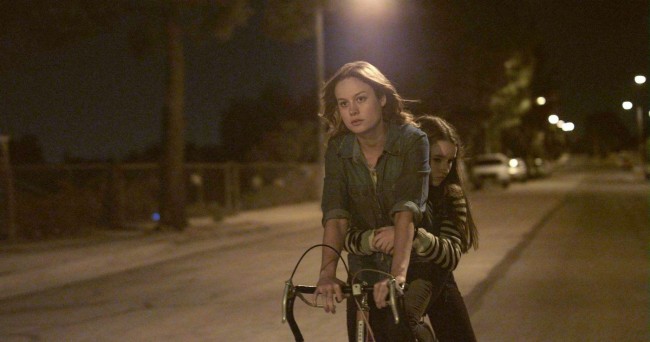 Some kids bay at the moon in frustration, their muscles knotted up in a guttural rage. Others remain reticent, their fingers plugging away at their bed, as if their sheets were the grips of bowling balls. The children at the foster-care facility in Short Term 12 are half-mast and aching. Grace (Brie Larson), the steely but sincere supervisor at the at-risk home, is the shield barer and torch wielder. She works with open palms instead of clenched fists. Between the wisdom in her weathered eyes and the wry, restrained smile, you can practically bullet point why she would succeed in a sort of mercurial atmosphere where fists are propelled at maws and curse words are strafed at you with abandon. Ultimately, Grace connects with the children at the foster home because of her ornery but playful demeanor. The snark in her sentences contain a calming, cathartic rhythm that only a baseball card in the spokes of a bicycle could make.

Grace’s co-worker and beau, Mason, isn’t a cat’s cradle of emotion so much as he is a positive vanguard for the children. The duo provide – as much as they can – a safe, psychologically sound atmosphere for the teens. Grace and Mason have a barbed, bruised relationship that can be both pastoral and incisor flashing. Director Destin Daniel Cretton has a way of writing honest dialogue that posits the complex. Exchanges are void of candle burning existentialism, and instead of dealing with the fanged, repressed issues of life head-on, twenty-somethings often dull them with adrift, maladroit humor. Cretton understands the pangs of his characters’ emotional malaise. The director worked at a similar facility earlier in his career, and the fastidious care is present in every frame of his film.

What also works for the film is the cackling hush of Joel P. West’s ethereal, melodic score. His hopeful but ominous composition provides a milky, hazy texture to a picture that is already shrouded with sadness and introspection. The aforementioned music goes well with the piercing of outside light, threading through the home’s smudged windows.

Nobody has put more convincing emotional malaise to film this year than Brie Larson. Her visceral, howling performance of the crestfallen, but strong-willed Grace is beyond moving. The internal keening of Grace’s character is teeth baring and intermittently horrifying. Larson manages to convey a cornucopia of feelings in Short Term 12; she has a granite visage, coupled with a glowering, steely stare that is both dissonant and enigmatically warm. This moving dichotomy is something that only few actresses can exude (Ingrid Bergman, for one, if you want to call me blasphemous to even compare the two).

Destin Daniel Cretton understands his characters. The world in Short Term 12 feels alive. None of the characters contain storylines that are disingenuously weepy, or contain movements of violins. It would be easy to brine these kids and their problems in exploitative pap for the sake of a maudlin ending, but Cretton avoids diaphanous tropes, and creates a picture with both texture and believability. If Brie Larson doesn’t get nominated for an IFC award – no, an Academy Award – there are desperate shenanigans abroad. This is hands down the best film of the year. May you all see it this weekend and beyond.