Imagine being launched into the kaleidoscopic vortex of light from Stanley Kubrick’s 2001: A Space Odyssey. Now, think of every wood-splintering explosion in Bad Boys II (have those two movies ever been mentioned together, back-to-back?). Envision watching the Death Star erupt into a million scorched panels of debris. Visualize a Holly Holm kick to the dome. Conceptualize watching Paul Rudd appear for the first time in Clueless.

Sharkmuffin’s drummer, Kim Deuss, was something like that on February 17th, 2016. 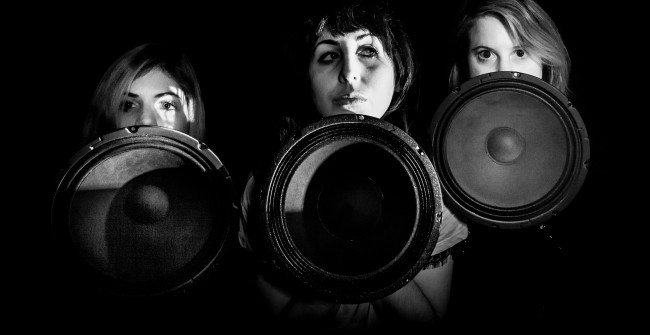 Sharkmuffin as Photographed by Thomas Ignacius

There I was, wrapped up in my hoodie, holding a warm pint of AleSmith, and headbanging like a listlessly errant metalhead. I stomped around with my pair of Mikey Taylors. Pink laces. Jumping as far off of the ground as my body could manage – my NBA scouting report says I can clear two inches on a trampoline. In the middle of my white-dude-waltz, I stop and crane my head so hard that my vertebrae shatter. Slaying, only a few feet away, is Deuss – strafing her drum kit, and rattling off pure power. She’s controlling the circulatory system of the room. You have to stop, dig into the batter’s box, and reassess the situation. Your face emotes in a “holy shit, this is good” expression. The reality of this radness is coursing through your body with the speed of a Katniss Everdeen arrow. You look around to see if other people are seeing what you’re seeing.

They are. Life is good.

Lead singer Tarra Thiessen is belting. Bassist Natalie Kirch is killing. Soda Bar is shaking like the 1906 San Francisco earthquake, and you start making insensitively accurate metaphors to describe it. But it didn’t start with the Brooklyn band. Earlier in the night, Soft Lions had shredded guitars, eviscerated drums, and bruised keyboards. Megan Liscomb, fronting the group’s sonic fury, played “Waitress” with a lip curling ferocity. The San Diego trio even dipped into a distortion laden cover of “All I Have to Do is Dream”, as made popular by The Everly Brothers. 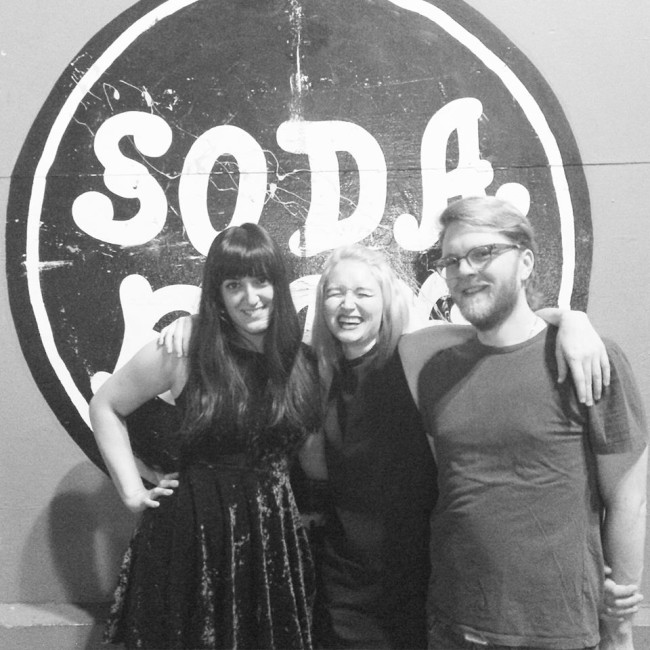 Big Bloom, another celebrated local outfit, took the stage with warpaint and unbridled ebullience. Singer Katie Howard’s vocals roared and tumbled over the venue’s speakers, arresting everyone’s attention. The band’s set was fine-tuned but uncompromisingly raw, giving way to a hypnotic buzz saw of finger jutting rock. Howard’s carbonated and knee-bending performance was one of teeth flashing dissonance. And, fashion wise, her pants were so on point that I wanted to write an entire article about them and send it to Vogue. “I would wear those,” I turn and say to my friend. “Me too,” my friend agrees, nodding.

Lucky Keith christened the ship with an ethereal, composed, and yet untethered performance. As a table-setter, the kid grooved through several guitar tenderizing tracks. It was a good night for everyone there. Except for me. I’m not sure where my ID is.

But that’s for another commentary – one more self-deprecating and less affectionate. Everybody to Los Panchos for burritos!