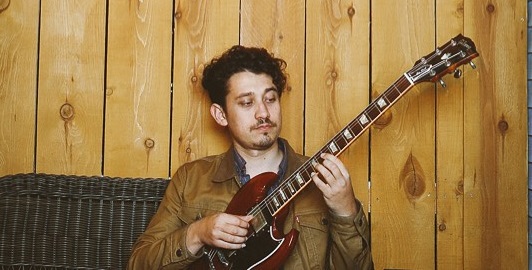 The San Diego music scene is truly a unique thing. Yeah, like any place there are some shit bands and some not-so-rad clubs, but you could never say we don’t have heart or a shortage of seriously talented musicians and songwriters. San Diego has a great variety of styles and artists. From Juicebox, a funky groove machine with some of the city’s most talented young performers, to Octagrape, a group of awesome musicians with a sound that is hard to describe but must be experienced.

The Redwoods, a terrific local label, has amassed an impressive roster of artists. Glancing at their lineup is a great way to find some amazing nearby music. Redwoods artist Birdy Bardot, for instance, has a truly inspiring record out – it deserves every bit of praise it has received. The record is a smoky collection of well-written songs that pay tribute to Motown and the psychedelic sounds of the 60s. There’s even a little bit of Radiohead – I know every band on earth has Radiohead to thank for some aspect of their sound – and Portishead sprinkled in for flavor. I’m also really in love with the Dani Bell and the Tarantist record “Dark West”. To be honest, it’s hard to choose a favorite on that label.

A serious no-brainer is Mrs. Magician. These guys write some of the catchiest kick-ass songs around. I am in love with their record “Strange Heaven”. The idea that they are currently working on a new record is super exciting. If you haven’t seen them live yet you are doing something seriously wrong. All the guys in the group have other projects that are equally awesome, like the Soaks and Hideout. Mrs. Magician is a group of super talented dudes who are not to be missed.

I don’t think I could make a list of my favorite local groups unless I included The Donkeys. I’m not just including them because I’m playing a show with them soon; these guys rule. I’ve been a genuine fan for years. Ride The Black Wave is a great record that is always amazing both in the car and live – they put on an unbelievably fun show. I’ve seen them countless times and am beyond stoked to be sharing a bill with them.

Making lists like this is shitty because I’m leaving out so many awesome groups. No matter what you are looking for, the local music scene has something for everyone (so cliché but true). Take the time to listen and get out to a local show. We are also very fortunate to have guys like Tim Pyles at 91x and TJ at 94.9 making it that much easier to find local music that is to your taste. Because I hate lists so much I made a playlist with some of my favorite tracks from artists included in this article and some that I didn’t get to include but that I love.

Ian Owen is a San Diego based musician and member of the band Oh Spirit. When he’s not at a rehearsal or a gig he’s teaching guitar at Moze Guitars in La Mesa or working for High Spirit Luthiery, a locally hand crafted guitar builder. Currently, Oh Spirit is working on recording and releasing a new 7″. Keep an eye out for it.