Recordlection: I See A Darkness 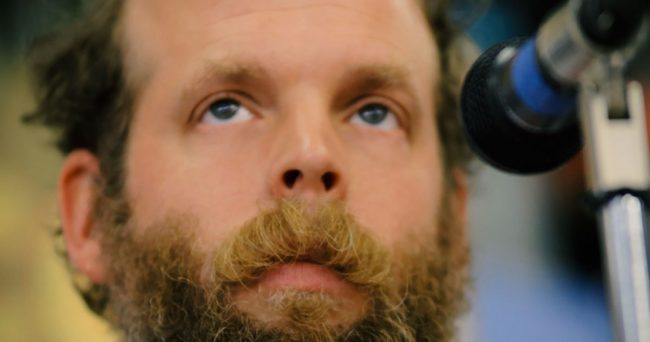 There are a handful of specific, monumental moments of music discovery that I can reach back and point to in my life. I’m not speaking of a simple time when you find an album or track that you fall in love with either instantly or with time. That kind of thing is certainly special in its own right, but they happen, every so often, each year. I am talking about those rare, otherworldly instances that change the trajectory of your musical appreciation path altogether. Suddenly, you’re opened up to a universe that you wish you could have been familiar with well before that moment, but are grateful to have found it at all. The realization that great, deeply felt art exists around all corners of the world is a profound one, and sometimes you don’t have to go digging for it, but rather it comes hand delivered to your lap.

I recall the first time Bonnie ‘Prince’ Billy’s “I See A Darkness” was introduced to me, in the fall of 2002 by my best friend who had, in prior years, been instrumental in shaping a personal music taste that I was proud to have when I was younger. During our core teenage years in the mid-late ’90s, we spent many nights pondering the strangeness of the discoveries of artists like Dr. Octagon and Portishead, and we were endlessly hungry afterwards to find the “different” in the music universe. It was a rewarding friendship for a cavalcade of reasons, but especially with the mutual sharing of the many record store scouring and listening sessions. When he brought the CD into my house in the fall of ’02, I had no idea just how important that evening would be for me on a personal level. “You need to listen to this album now. I’ve been obsessed. It is genius.” This kind of statement wasn’t thrown by my friend very often, so we immediately played the record in its entirety, and everything changed after that point.

I knew nothing of Bonnie ‘Prince’ Billy before that night, but my research and study of his back catalog and career would become an immediate focus, and Will Oldham instantly became one of the most cherished songwriters in my life, of which he still is to this day. “I See A Darkness” paints a bleak palette at its surface, yet for all of the ominous landscapes on display, there is a never ending sense of an appreciation/value for life itself. At the time of my first listen to the record it had already had three years on the shelves, and Johnny Cash had brought Oldham into the studio to cover its title track with him just one year after its release. This kind of thing speaks volumes about the impact of the songwriting on the album, and the exposure that Mr. Cash brought Oldham at the time was special and more than well-deserved.

It’s been nearly fifteen years since I was introduced to the album, and of the music of Oldham entirely, and he remains a “folk-punk chameleon,” if you will, releasing intriguing music at a prolific rate, of which I keep in my sights and sounds closely. There are several records throughout his resume that are standout highlights, but it is almost indisputable that “I See A Darkness” remains that defining collection. Perhaps even if it wasn’t his absolute best album, I would still hold it in highest regard for being the one that introduced me to his music. To this day, Oldham doesn’t have an appropriate or justified audience. This kind of creator only comes around a few times per generation. He is the kind of musician that could be called an auteur, especially in his specific arrangement of words  from “A Minor Place”

For whatever reason, I still have not seen Oldham live in concert. Being from the midwest, and in fact just a couple of hours from his home city of Lousiville, Kentucky, I have had many chances over the years, but it just hasn’t happened yet. I have, however, had the opportunity to talk with him in person at a recent Cantillon Zwanze Day toasting in Louisville. There was no mention of music or how I had adored his work for nearly a decade and a half. We simply had a moment to talk about sour beer and our love for the local Louisville beer bar, The Holy Grale, at which we were attending the event. It was another small but important link in my experience with the music of Will Oldham, and on that beautiful Zwanze Day I thought of the monumental, ongoing part “I See A Darkness” has played in my life.