The 89th annual Academy Awards are fast approaching and the latest edition brings yet another new host, Jimmy Kimmel. This is not a knock on Kimmel, but it is past time to rethink what an Oscar host should be and do. The evening runs too long most years, and gets bogged down by too much time spent on bad jokes being read off of a cue card by presenters clearly uncomfortable with themselves and each other.

Over the past decade, ratings for the event have begun to sink lower every year, and that means the time to press the panic button has passed. Essentially, the award show needs a remodel: usher in a host that can not only bring energy into the event but revamp the entire evening to play to the host’s strength while, simultaneously, saluting the film industry in a way that is a celebration. We don’t need another three hours of dullness punctuated by the occasional funny line or rousing political diatribe. The new host would actually pull double duty, first would be greeting incoming celebrities on the red carpet.

It is long past time to kick the fashion police and TMZ to the curb. They add nothing to the evening. Their banter is annoying, insulting and sexist. Lots of interesting quotes and information can be had before the event, welcoming the evening’s attendees with questions deeper than “who are you wearing?” Certainly, fashion is a big part of the evening. Ask the men and women about what they’re wearing, but move on to ask about the upcoming project, their dream project, whether they think Trevor Hoffman was robbed of his rightful place in Cooperstown… I digress. The new host would help end the vacuity of E! and its ilk on a great evening. Celebrities would get to be seen, the host would interact and tell jokes, and the women in Hollywood might actually get the opportunity to talk about their craft, rather than their shoes. Some things have changed from last year already.

Last year, the #OscarSoWhite campaign pointed out a dearth of nominees of color. This year, meaningful diversity is beginning to be approached. Having seen their performances, none of the nominees were given a free pass; all seven are worthy of consideration for the Best Actor/Actress trophy. Of course, if we’re going to nitpick, there are no Latino actors nominated, but let’s focus on the positive and hope next year there are plenty of actors from across the spectrum that are recognized. That has more to do with the quality and quantity of roles offered, but that’s another story for another day. Today, we’re focusing on who should host the new Oscar telecast. If the goal is to make it interesting, have Shonda Rhimes produce the evening. Sure, someone you love will die, but it won’t be dull.

Rant over, onto the people I think would make solid hosts for my newly-envisioned Academy Awards. 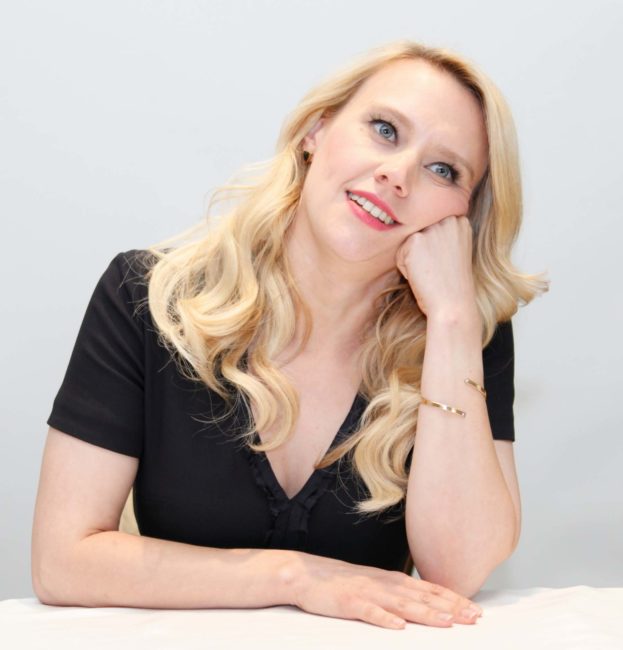 Kate McKinnon is the embodiment of everything Donald Trump accuses Hollywood of being: Smart, articulate, gay and female. She also has great comedic timing and talent to burn. Putting her in front of America, getting laughs, moving the night along. And avoiding every cliche that has been an Oscar staple since Bob Hope hosted could liven up the evening. She can also carry a tune very well, so the opening number (if they refuse to kill that albatross) would sound good. 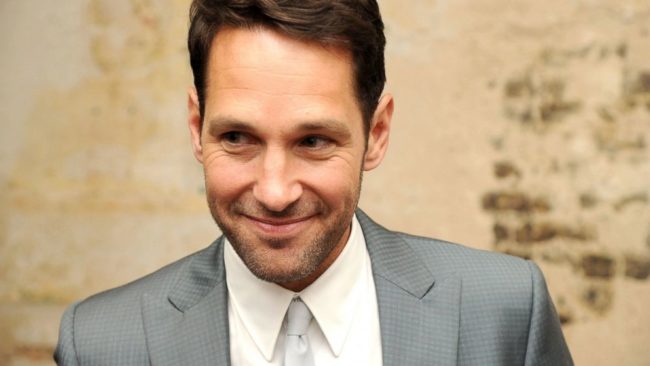 The coasts will watch the Academy Awards in larger number than the middle of the country, almost as a rule. If the Academy of Motion Picture Arts and Sciences wants to pull in the fly-over states, they’ll enlist someone like Paul Rudd. He’s recognizable, he’s likable and he is not afraid to do anything to serve the joke he’s telling. I spent a few years in Springfield, Missouri. It convinced me of two things: Avocados are much better in San Diego than in Nixa, MO. and this complete pansy cannot stand freezing rain or ice storms. During one of the those hideously cold weeks, I was standing in line at the grocery store, purchasing supplies for the coming frozen hellscape, and I heard the two ladies in line in front of me talking about Rudd and how amusing he can be. “He’s just so adorable,” one woman said, while the other nodded in agreement. Rudd can also bring his buddies on stage for the opening song and dance, mock himself in the Ant-Man costume and make the middle of the country feel in on the joke. Seriously, every time I see him on screen, it makes me think of Des Moines, Iowa. 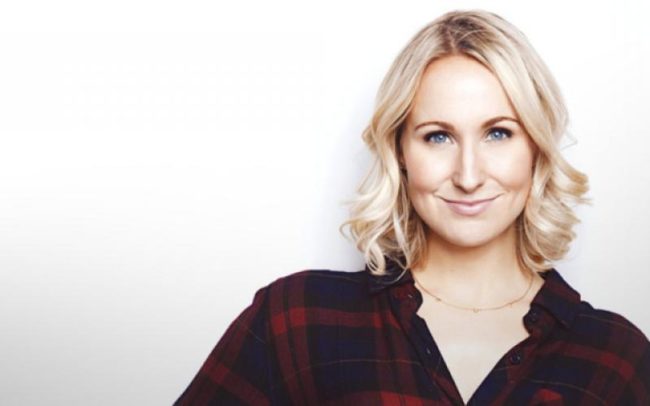 A few years ago, the Academy attempted to lure a younger audience by letting Anne Hathaway and James Franco host the Oscars. The results were awkward and unfulfilling at best. If the goal is to draw in a younger audience, the Academy needs to look outside of the world of television and film and grab someone that has had success with both podcasts and stand-up. Glaser is one of the funniest, and most observational, active entertainers — and she isn’t afraid to work in a crude joke. Sure, she’s been on MTV and Comedy Central, but she made her name on podcasts while talking about sex and making her parents uncomfortable (even if her former co-host Dan St. Germain doesn’t appreciate apples). 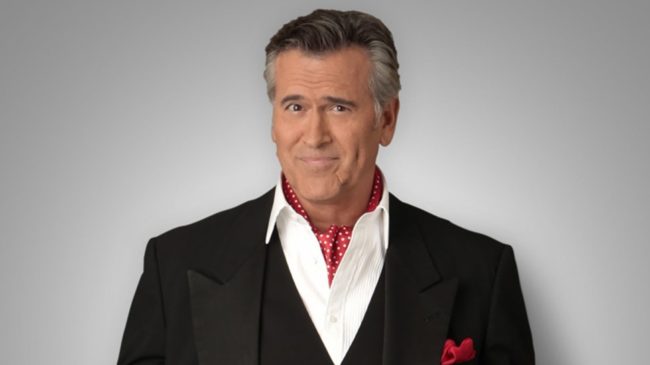 Because he’s “the Chin.” Because I’ve seen him work a room in person and it is a thing of beauty to behold. Every eye was focused on him and every geek at Comic-Con would follow him into the gates of Hell. More than 30 years after “Evil Dead,” Campbell is still wowing crowds and “Ash versus Evil Dead” draws ratings. Face it, the guy is pure gold. 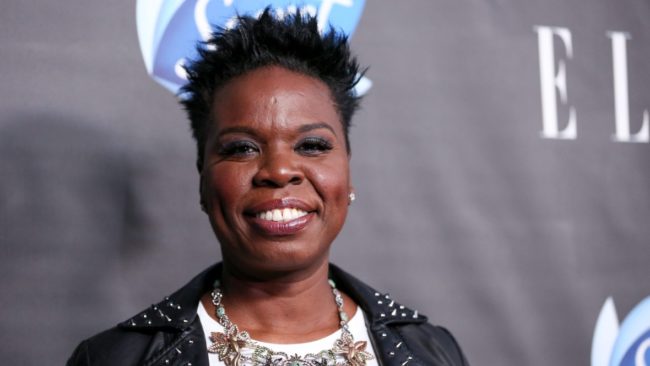 If you want to throw a bomb into the evening and bring unpredictable comedy and really make things interesting, Leslie Jones would be a perfect choice. Jones has shown she has a backbone in the face of bullying; the internet has been downright cruel and evil to this talented woman. Even with the basement-dwellers who insult her from the anonymity of the web, Jones kept her dignity and still managed to be funny and professional. With that experience, no matter what happens on the live telecast, she’d be prepared. Jones would be the first African American woman to host since Whoopi Goldberg. At 47, she was the oldest cast member to join Saturday Night Live back in 2014. Since joining, she has provided the show some of its’ funniest sketches. 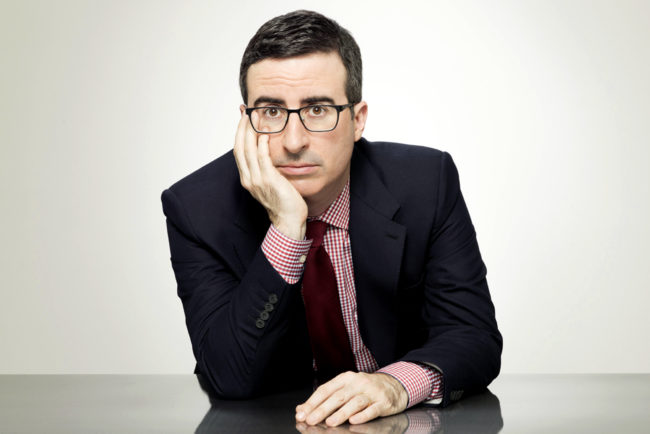 For a more traditional choice, there is always the deep bench of T.V. talk show host. John Oliver would be first up if I had my pick. “The Daily Show” vet has his own talk show and a biting sense of satire. He also has an English accent, so it would add a touch of class to the event. Smart and witty, Oliver has the ability to keep people laughing and to move the night along. He’s smart enough to make the political commentary bite and the social commentary light-hearted but substantial. Jon Stewart and Stephen Colbert can also fill this slot, minus the English accent, but the sarcasm would still be there in plentiful supply. If the accent is needed, James Corden is probably available.