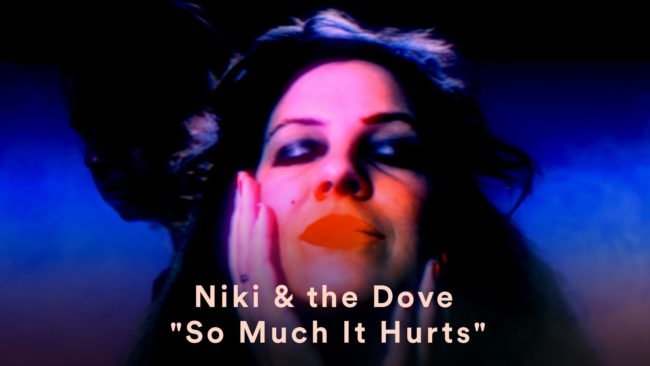 So much pain, so much time

“What a fool was I to think that we were safe,” Malin Dahlström sings in the opening moments of Niki & The Dove’s exquisitely lovelorn and achingly prescient Everybody’s Heart Is Broken Now. It’s a devastating preamble to a calendar year that would not only lionize dishonesty and cultural ire but make an urgent proclamation for a regression of rights. 2016 was terrifying and terrible. The Swedish duo made an album that speaks to broken hearts and lost love, but it also serves as a political allegory for the current – and future – state of America. With production that whispers and ebbs, Niki & The Dove create a cantaloupe-colored landscape of sunsets and dance hall echoes.

Malin’s voice perforates the darkness with a uniquely coarse lilt reminiscent of Stevie Nicks. The singer and instrumentalist deconstructs pain with the use of injured refrains and metallic, corvette-red choruses. On “You Want the Sun”, Malin Dahlström and producer Gustaf Karlöf dip their emotions into swirling ink, and leave a swell of colors that feel both transcendent and contemporary. Here is a pop album that has the turn radius of a sports car and the emotional core of an Elliott Smith record. It’s a game of hopscotch that is both coordinated and in danger of being off-balance. Emotions are raw and bursting with neon. Compositions are whisked by cooing tides. It’s a perfect album that wraps you in the sails of yacht rock, submerges you in the waters of 1980s pop, and asks for your hand with contemporary dance moves.

But for all of the wondrous bloodletting of Everybody’s Heart Is Broken Now, the album turns into a bundle of Roman candles with its closing song, “Ode to the Dance Floor”. Malin eruditely lists off a number of people and things, both close to her heart, with a confectionery delivery that lassos your attention with immediacy: “Let me hold this moment/Don’t let it go, just yet/Light up the air around me/And blind me with yourself/I know there’s no forever/And I know you have to go/But shine like you´re made of lasers/And then leave me in the glow of you/Leave me in the glow of you.”

I could not cry and dance any harder.