Home » Film » Listen To Me Marlon

Listen To Me Marlon 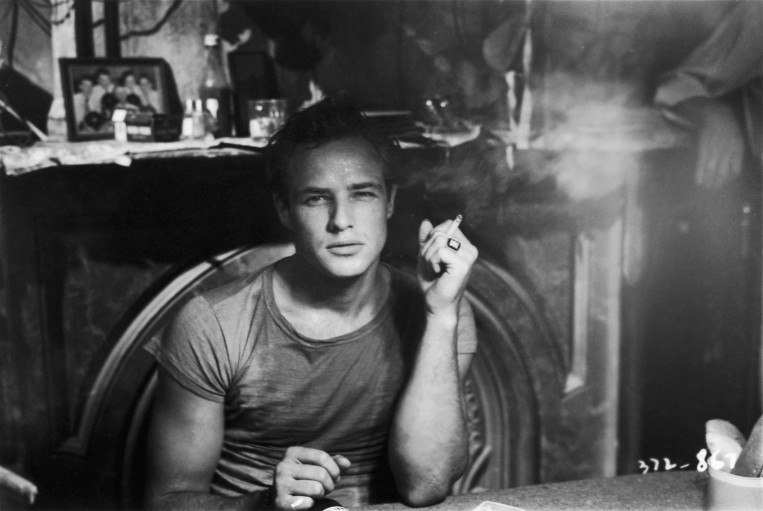 As of late, documentaries seem to be tiring of the Ken Burns batting stance. Panning over pictures, ad nauseam, will not suffice. Audiences are younger and less adept to the vibrating string scores and mousy historians of old. With Kurt Cobain: About a Son, Montage of Heck, and now, with director Stevan Riley’s Listen To Me Marlon, directors are beginning to use the disembodied, archival voices of their subject to tell a story. The haunting whir of tape recorders flutter and wheeze as the late entertainers narrate their life. While this directorial method can be seen as intimate, there is also a sense of overwrought pretension.

Here, Riley is given access to actor Marlon Brando’s private recordings. The celebrated thespian can be heard chanting, in a state of self-hypnosis; bemoaning his career choices; and revisiting, ever so peacefully, his childhood memories. For the wealth of information at his fingertips, Riley balks in run after run. The clips of Brando are either heavy-handed metaphors, coinciding with his voice overs, or purely arbitrary selections based off of convenience (the same home footage is shown, more than once, out of directorial desperation).

After an hour of listening to Brando’s nasally existentialism, you begin to realize that Listen To Me Marlon exists for the wrong reasons. While it’s fascinating to absorb the thoughts of the great actor, the rise and fall of alternating tape qualities poses problems. The actor’s monologues are taped together, throughout the years, to form thoughts or sentences. But this seems disingenuous. A man is never linear over time, and neither are his thoughts. The landscape of abrupt, crudely cut vocals sound like they’re ready to be used in a DJ Shadow song. There is a sense that the makers of this film are more fascinated with style in which their movie is shot than the actual subject itself. It would seem, to the casual eye, that Riley became stuck in the honey pot.

Altogether, the documentary never knows weather it wants to be transparent or intrinsic. Listen to Me Marlon – now playing at Landmark Ken – clumsily walks a line of conventional narrative and jazz improvisation that feels cold and ineffectual. Does the director want to illuminate his viewers, or distort their vision by blowing clouds of smoke in their face? Is the blurred direction by accident or by will? And when the proceedings are this badly skewed and atonal, does it really matter?