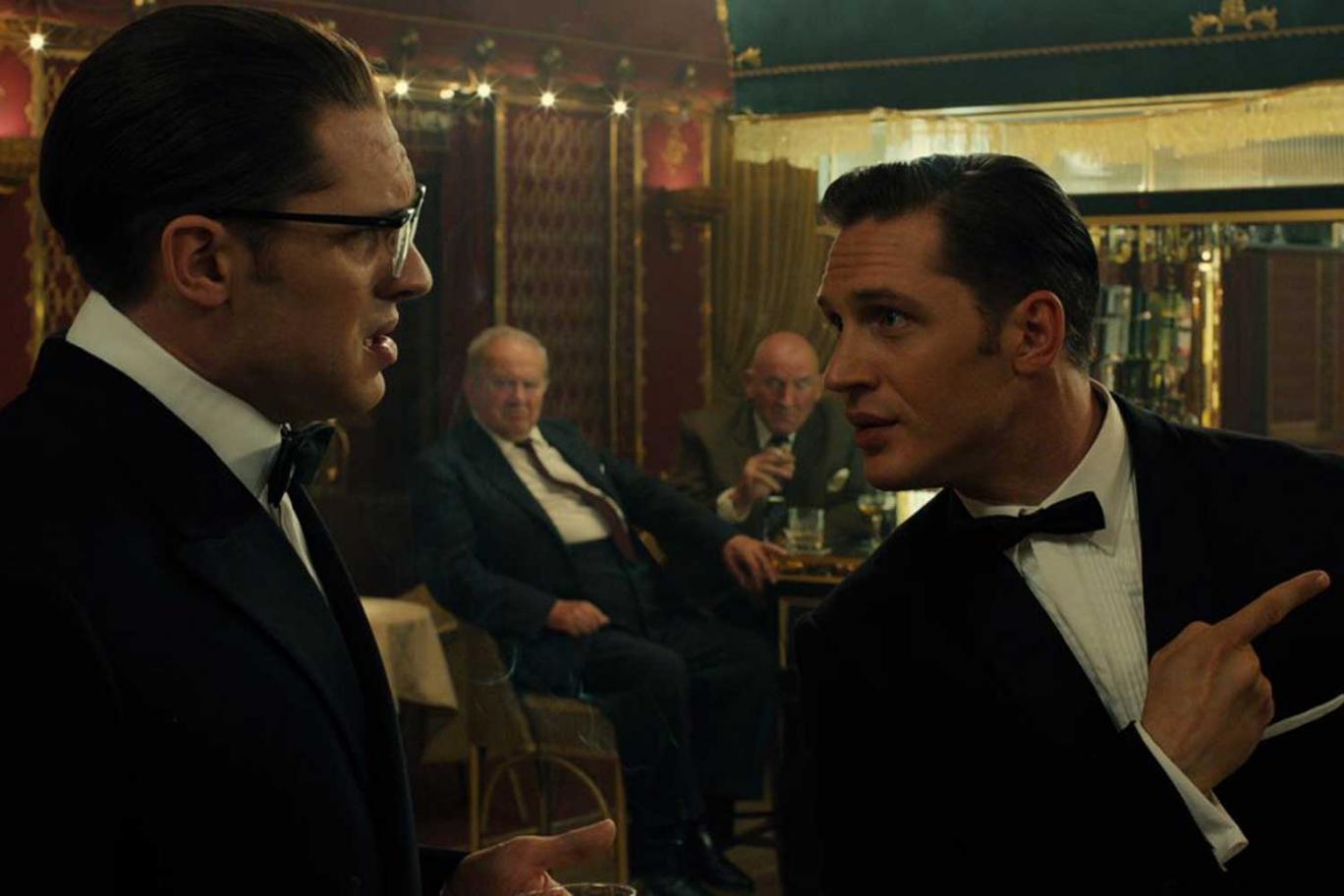 Legend may be billed as a liquor-lacquered, knuckle-thumping barrage of brogue and barrels, but the film has a neutered temperament and a barely palpitating heart. Tom Hardy is present, growling in a thick cockney accent that would put curdled milk to shame. But behind the frame of this classic car are the pedals of a Big Wheel. Director Brian Helgeland’s directorial style is somewhere between first-time target shooter and a beach nap. Part of me assumes that he was directing this movie from a hammock while browsing through an iPad.  There is absolutely no handle.

Helgeland’s last picture, the copy-and-paste 42, was basically a toothless hagiography that found its screenplay lifted directly from the first paragraph of Jackie Robinson’s Wikipedia entry. Before the gosh-darnit of 42, Helgeland wrote and directed the slowest movie of the past two decades in Robin Hood – a film that had the creative velocity of a Windows 95 screensaver. Here, he takes Tom Hardy – nay, two Tom Hardys – and makes them as interesting as tapioca pudding at a Souplantation buffet. Helgeland pulls out all of the stops to make his dreary footnote in 2015 look cool. From pumping the sounds of Booker T’s “Green Onions” into the theater’s speakers to having Hardy employ the cold end of brass knuckles. But it all comes off frigid, ineffectual – almost like teenagers reenacting their favorite Guy Ritchie movie in their front yard.

The source material, based on the true story of the infamous Kray brothers, should be electric and untamed. Legend should be foaming at the incisors, ready to snap. Instead, dialogue is ushered from the sticky maw of Hardy with strained and oblivious urgency. Emily Browning plays Frances Shea, the wife of Reggie Kray. She spends most of her screen time looking confused, disappointed, and in love – all with the same expression. In Sleeping Beauty, she spent most of the movie asleep; in Legend she must have been studying that script, once again, on accident. Browning, on more than four different occasions, asks Reggie the same question: “You’re a gangster, aren’t you?” Because the movie is so lifeless, the screenplay has to remind us that there are stakes to be had.

Between Legend, Black Mass, and The Age of Adaline, 2015 is the year of the grating and unnecessary voiceover. Let us hope that Brian Helgeland takes the next two years off, because his misuse of Tom Hardy deserves a industry mandated suspension.