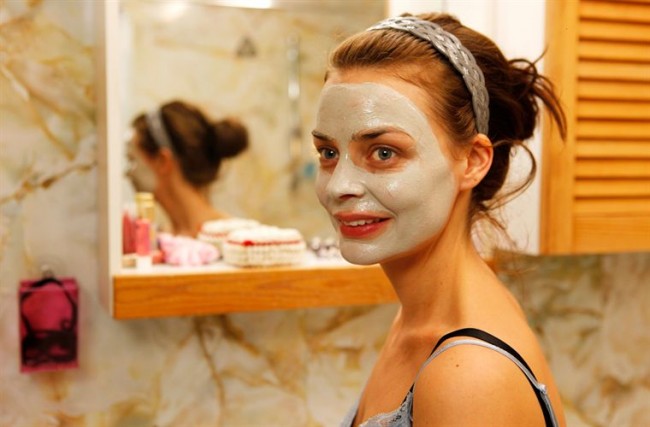 Anne Sewitsky’s film, “Happy, Happy”, sounds like a syrupy romantic comedy with the trappings of spring-loaded, canned, jack-in-the-box guffaws. Thankfully it doesn’t have the noxious, cap gun humor that one would expect from a fuddy romantic dramedy. If you’ve seen the posters for this film, the marketing makes Sewitsky’s acid-on-rye approach look like a chewing gum bubble full of laughing gas. And while “Happy, Happy” does have it’s grin-inducing moments fueled by premium grade writing, the movie isn’t without its serious moments of soul-butting exploration.

This little Norwegian ditty revolves around two couples and their emotional bloodletting. The first couple, Kaja (Agnes Kittelsen) and Eirik (Joachim Rafaelsen), are on the precipice of a total nuclear meltdown in their relationship. Kaja’s carbonated, freewheeling spirit is the polar opposite of her boyfriend’s stony, gray-walled disposition. When Kaja finds out that she will have new neighbors, in the form of the confident Sigve (Henrik Rafaelsen) and the proper Elisabeth (Maibritt Saerens), she immediately gravitates toward them. The two couples eventually become closer than they initially intended, and in the process barbed layers of repressed anger are peeled back, continuously, until the fruit of something terrible emerges. The film works because of the cotton candy offerings of Agnes Kittelsen’s sucrose-like smile. Kittelsen is a Norwegian Audrey Tautou, complete with doe-eyes and a jack-o-lantern grin. The actress is able to use these features, meticulously, as she plays the part of a woman fighting an exacerbating relationship with a man whose priorities, valid as they are, reside in a broken compass.

Without the affable Kittelsen, “Happy, Happy” would be as useful as a plugged canteen. Luckily for the film, we’re given tainted whimsy by a performance that requires manic outbursts of instability and equal parts grounded nuance. The other players in the film, due to their understanding of the the script’s subtleties, bring a joyful resonance to Ragnhild Tronvoll’s sweet-and-salty screenplay. The character development is palpable, mostly, when looked back upon, because of the way Tronvoll’s dialogue doesn’t waste time with artifice or bombastic zingers. The verbal exchanges are riotous without seeming half-baked and forced. Most American movies, dealing with similar subject matter, will frost dialogue instead of letting it age gracefully. The slow-drip the movie employs, strangely, is what also puts the pressure on the pedal; there is rarely a moment in the film where there isn’t something happening of interest. The couple’s children become friends in the movie, despite their adolescent hostility toward one another, and it is indicative of their parents’ vacuous manners and emotional preening.

“Happy, Happy” says that there is a malady in mankind’s mannerisms without the movie coming off as a preachy, maladroit, finger-wagging morality lesson. There is charm, yes, but there are also sensational face-in-palm moments when you realize how silly we are all. If there are any criticisms for the movie they would have to do with the inert camerawork and the blotchy colors, though one could argue that they are integral to the mood of the film. “Happy, Happy” has a hiccup here and there, but it runs a tight buck thirty, so it’s difficult to throw a flag on most of the movie’s inconsequential mishaps. See it for Kittelsen’s performance, if nothing else, and then give an emotional high-five to Sewitsky for making a film that is a relationship movie for grown-ups.