A Personal Letter to Jack Black 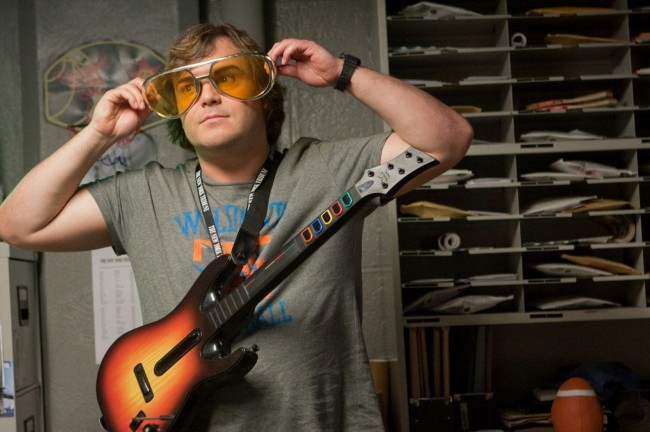 Your newest movie, “Gulliver’s Travels”, made me want to break up with life. Your shtick as man-child, while initially endearing, is now, due to your ever increasing age, becoming, how shall I say, creepy as hell. You are in your late thirties but you continue to say lines such as “president of awesome”. The sight gags that you pull in this movie are dated and without an iota of cleverness. Since you are a giant in this film, you urinate on villagers and even, at one point in the film, have a person get lodged into your buttocks. This humor is so dated that filmmakers in the late nineties wouldn’t have attempted it, but you, in your desire to look youthful, act like a child that just took his first sex education class. Your humor is composed of a few basic elements: you often raise your eyebrows, howl like a wounded hyena, and jump around, feverishly, for no particular reason. “Gulliver’s Travels” looks like a movie that was shot in 2001, held onto by the studio for nine years, and then, for budgetary reasons, unleashed like a clumsy, charging boar. Also, Mr. Black, I wonder why, when the poster clearly advertises the film as 3-D, the movie looks about as three-dimensional as a comic-book panel. I know, in this particular film, that you think, when you tell a woman that you have had a crush on her for five years – not to mention that you have lied about your profession – that it is somehow cute and adorable. In actuality, you are nearing your forties, not early teens, so this is terrifying behavior. Please, for the love of Christ, stop acting like Robin Williams in the movie “Jack”. I would like to say that you have made the worst film of the year, unworthy of an actual contemporary critical analysis, and that you have ruined my Christmas.

PS – Your project cannot be scored because it is not a real film.