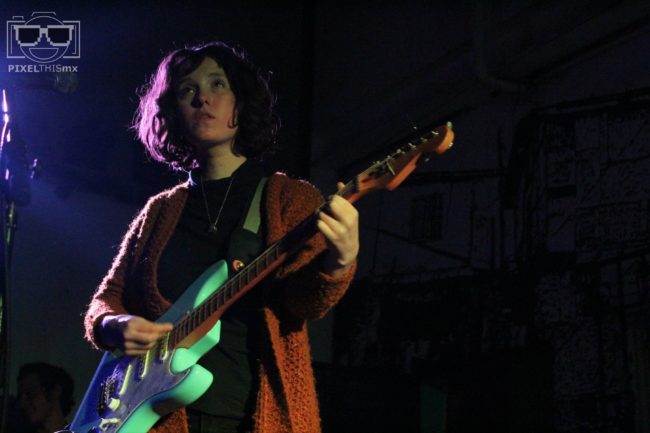 “Diverse, comedic, spirited, loud [and] raw,” is how The Fresh Brunettes‘ lead singer, songwriter and guitarist Aleisha Burton describes the San Diego based band’s live shows. “When people ask about our sound, we say ‘femme punk,'” Burton continues. “Why? Because we try to be as raw as we can but there is always that element of sweetness.” The glitter-dusted, buzz saw ensemble of Burton, drummer Alexis McAfee, and bassist Paul Mittens create a lo-fi, beach towel enveloped landscape of melodic confessions. “It kind of goes hand-in-hand with the concept we came up with for The Fresh Brunettes,” explained Burton. “The idea was to mix lo-fi guitars with sweet vocals. There is always that one thing that makes the whole thing really exciting, makes it pop; sparkles against a background.”

The band’s debut album, Fouled Up Beyond All Recognition, makes good on Burton’s reverie washed description. On songs like “Diana”, The Fresh Brunettes channel buoyant, constellation dotted compositions that feel of cold grass on winter nights. But the rolling storm clouds of “Still Asleep” punctuate the band’s dream-punk aesthetic: Burton’s vocals are isolated, powerfully resilient, and yet resigned with vulnerability. There are true nods to Harriet Wheeler’s otherworldly delivery in what is one of the best songs of the year.  Mixed, recorded, and mastered by Mittens, FUBAR rattles with danger and coruscates with gold.

On Friday, January 13th The Fresh Brunettes will be launching distorted beach-fuzz hymns, overcast ballads, and femme punk reverberations in Blonde Bar during their album release. If you’re like me, you’ll not only need to grab both a cassette tape and CD but watch the band play “Still Asleep”.