Some, none, or maybe all of these may widely be considered noteworthy records from the class of 1996, but they are most certainly the most essential choices from my personal canon of appreciation. They are presented in no official order, for they are all equally monumental pieces that found me at a time when my taste was beginning to take form.

Two decades before Mark Kozelek would be regarded by the masses as that guy who put out that one Sun Kil Moon record titled Benji – only to be torn apart less than a year later due to some more than erratic stage banter – he was prolific in the Red House Painters, releasing what many considered “slowcore” music back in the early-mid 90s. By the time they were set to release Songs For A Blue Guitar, they had a handful of records on the 4AD label that gained a loyal following, which attracted attention from filmmaker John Hughes and his label, Supreme Records, an independent subsidiary of Island Records. The album, which is the first among Kozelek’s body of work that could be considered a true solo effort, features a number of back-breaking beauties that still remain some of his most potent entries in a now legendary catalog. It was the first time we would hear the aching number, “Have You Forgotten”, and in its still preferable bare-bones acoustic form. He had written and released a variety of long songs before, under the Red House Painters name, but nothing quite like the driving sounds of “Make Like Paper” and “Silly Love Songs” from Blue Guitar. It was a statement record from an artist pushing himself forward. Old Ramon and Sun Kil Moon would be soon to follow, and the rest continues to be history from there. 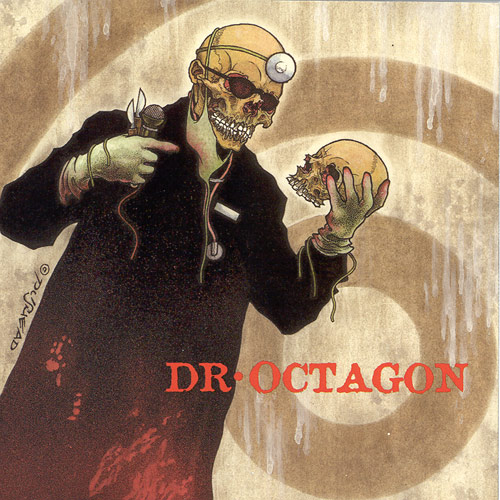 More than any other album on this list, I can recall the exact moment in my life when I first experienced Dr. Octagonecologyst. It’s also arguably the one that drove my tastes into “curious for weirder” directions, leading me open-minded, as a 14 year-old, into music from the likes of Portishead, DJ Qbert, Prince Paul, Pharoahe Monch, etc. My best friend and I were just becoming interested in spending hours searching in CD racks at any store we could find, and one legendary evening we came across this for a typically hiked-up price at Barnes & Noble. It didn’t matter what the cost, we were going to own and experience this bizarre-looking Dr. Octagon album. Later on, deep into the night, we listened to it from beginning to end with no interruptions and in a pitch black room. It remains one of the most eerie and eye-opening moments of my life. It was not only my introduction to “Kool” Keith Thornton, but also to producing legend Dan “The Automator” Nakamura, producer Kutmasta Kurt, and the aforementioned scratch genius, DJ Qbert. It was and will always be too weird of an album to ever gain the appropriate audience it deserves, but ask any true hip-hop fan and they will tell you that Dr. Octagonecologyst is one of the essentials in the genre. There’s innovation throughout every inch of this thing.

A seething, blood-riddled, grimy opus that stretches past the 14 minute mark, “O’Malley’s Bar” would end up being the track that inspired Nick Cave & The Bad Seeds to embark on the collection that would end up becoming their ninth record, Murder Ballads. Somewhat surprisingly, the bleak album would end up being their largest success to date at that point, mostly because MTV sunk their teeth into the Kylie Minogue collaboration, “Where The Wild Roses Grow”. Though the song certainly fits on the record, the fact that it brought lots of new listeners to the band’s music ended up being a bit of a misleading factor. I can only imagine the alarming number of Cave virgins being exposed to some of the confrontational and uncouth ballads here. To the casual ear, tracks like “Stagger Lee” and “The Curse of Millhaven” must have been borderline unbearable to get through in full. It all worked out for the better in the end, though, and Murder Ballads would become the catapult to a new kind of Bad Seeds era that spawned a slew of essential records to come. 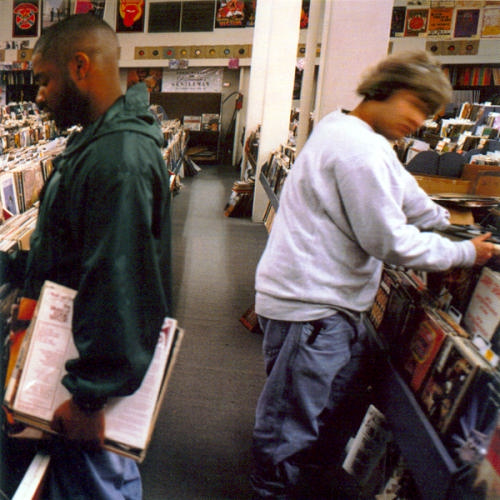 It was the first album to make it into the Guinness World Records as 100% sample based, but there’s far more to DJ Shadow’s significant debut album than it simply consisting of only samples. When listening to the record, it’s easy to assume that lots of complicated equipment and a slew of advanced technology were employed to make it happen, but the opposite is true. Using, almost exclusively, an Acai MPC60 sampler, Shadow spent the better part of two years weaving together specific stretches of his vinyl collection into this fully cohesive booklet. There are few debut albums that do as great a job as Endtroducing… at getting its audience 100% correctly acquainted with the talent at hand. For over an hour runtime – and this is true no matter how many times you listen to the album – it transports you into its own reality that it paints for you, with no work on your part. It’s the kind of thing that could never be achieved today. There’s just something so amazingly “analog age” about it. Hit spin, and embark. 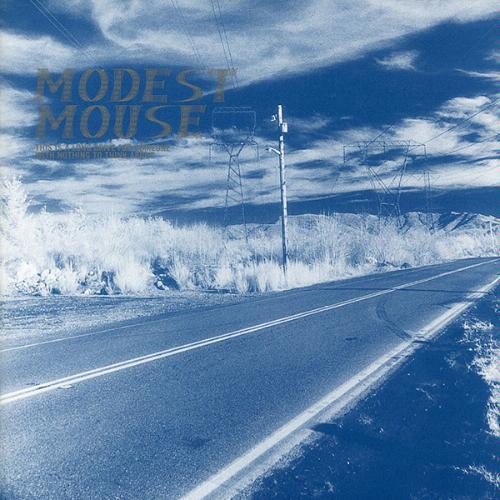 For some people it is hard to remember a time when Isaac Brock and Modest Mouse were barely commercially known indie rock stalwarts who hit the pavement hard with gritty and consistent work. Then there are those other millions of people who literally didn’t realize there was an MM before “Float On”. Growing up with this band as a part of my every day teenage life, and right in the heart of The Lonesome Crowded West/Building Nothing Out of Something/The Moon & Antartica era, it’s impossible to think of them in either of those ways. Brock has written some of the most important anthems of my adolescence and blossoming high school days, and it is insane to think that their first significant achievement, This is A Long Drive for Someone With Nothing To Think About, is turning twenty this year. Though technically noted by some as their debut album, it really follows the K Records Sad Sappy Sucker set, but Long Drive definitely was the first time the band felt like they were putting together a complete record. There are strong glimpses into what could (and would) potentially become a terrific band peppered throughout its sixteen songs and 74 minutes. “Dramamine”, “Breakthrough”, and “Talking Shit About A Pretty Sunset” would certainly make strong cases for a hallmark resume representative playlist. It’s not a perfect record by any means, but it is an important document of a young band finding some much needed footing. A year later they would find it all and release their first masterwork. 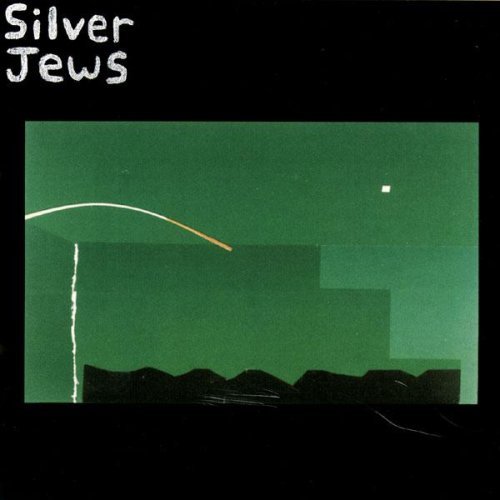 Okay, I may have lied at the beginning when I noted that these were in no particular order, because this one was most definitely reserved as “best for last”. Not only would I consider The Natural Bridge one of the most overlooked albums of the last two decades, but I would include it somewhere on an inevitable list of my 100 favorite albums I’ve ever heard, where it would more than likely end up somewhere in the final twenty-five. A poet first and foremost, Nashville-native David Berman was probably the single greatest lyricist working during the time of the Silver Jews’ run. He certainly wrote three of the most devastatingly perfect albums of the stretch of years between 1996-2001, and The Natural Bridge can be seen as the spark of it all. They never made an album of great length, but they were always rife with memorable imagery. At ten tracks and just over 35 minutes, this record remains one of the most cherished and complete half hour experiences of my music appreciating lifetime. Berman begins the record by exclaiming “No, I don’t really want to die. I only want to die in your eyes”, and ends it all with “Final words are so hard to devise. I promise I will always remember your pretty eyes”. What comes in between you’ll have to find out for yourself. I promise it will be worth it.