Now that a photo of me drinking a flat white in Austin has been sitting on the Cinema Spartan staff page for four months, I feel ready to introduce myself. Hi! I’m Christine, New Jersey bred and on time for all things that aren’t on the internet. I read a lot, write a lot, and feel feelings a lot. These feelings are often directly connected to music.

I cried a lot in high school while listening to music in my room, in my friends rooms, at shows, playing shows, watching friends play shows. No one understood me and I understood more than they’d ever know! I wore eyeliner all the way around my eyes. Nothing carried more weight than the lyrics to songs. I used them for away messages on AIM. I wrote them in my diary. If anyone could understand me, it was Conor Oberst. Andrew McMahon. Jenny Lewis. Fucking Chris Carrabba. 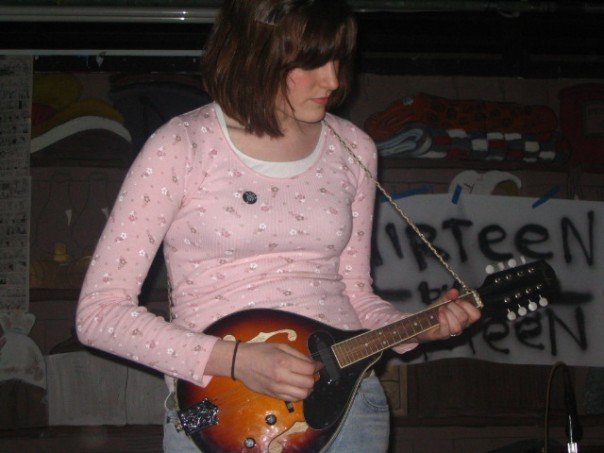 Look, I want to write about the bands I loved in high school and what songs used to make me cry before I starting crying over real things, like paying my rent and disappointing my mother with my lack of realistic career goals. I’m hoping you’ll join me on this adventure, even if it feels weird at first. Even if it never stops feeling weird.

To start off, I’d like to take a hard look at Jimmy Eat World.

I never expected to make my first impression this way, but this morning my boyfriend didn’t stop me when I started playing Jimmy Eat World’s Futures as I fixed my hair in the mirror, so blame him. 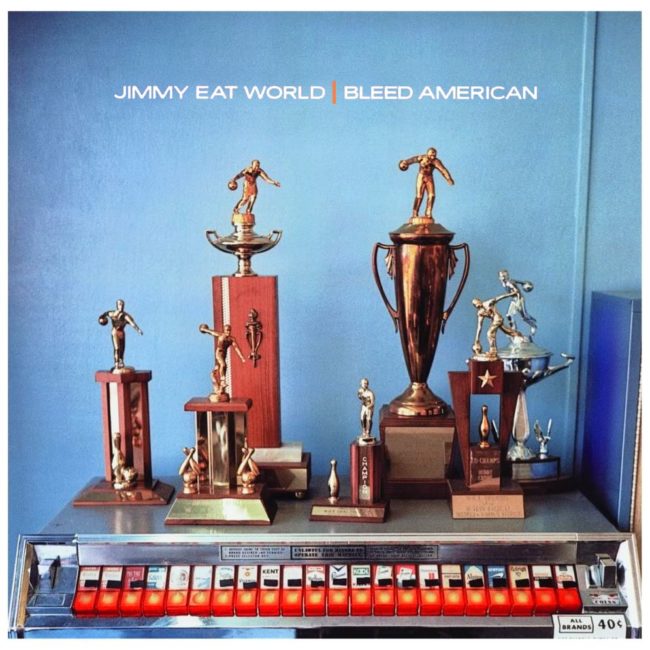 15-year-old me walked out of Sam Goody with Bleed American, the bowling trophy clad album art catching my eye as quickly as its hit single “The Middle” had nested itself in my head.

What a relief to 15-year-old me. It just takes some time! Phew!

I listened to this album on repeat, which was (and still is) my favorite way to take in music. I listen to the same songs on repeat for months on end until I hate them. The two songs on this album I never grew tired of were “Your House” and “If You Don’t, Don’t.”

Every time I listened to “Your House” I thought of this boy who worked at the Garden State Plaza PacSun. Wait, I think they actually still called it Pacific Sunwear back then! I liked him so, so much. He would hug me and lift me up behind the clothing racks when his sad, 30-year-old manager wasn’t looking. My dad drove us into the city to see RENT together. He kissed me on the cheek once. He ended up going back to his ex, and I wrote so many poems about it. I also listened to “Your House.”

“I throw away everything I’ve written you.
Oh anything just keep my mind off of it, thinking how I had you once.
No, I can’t forget that.
Sometimes I wish I could lose you again.” 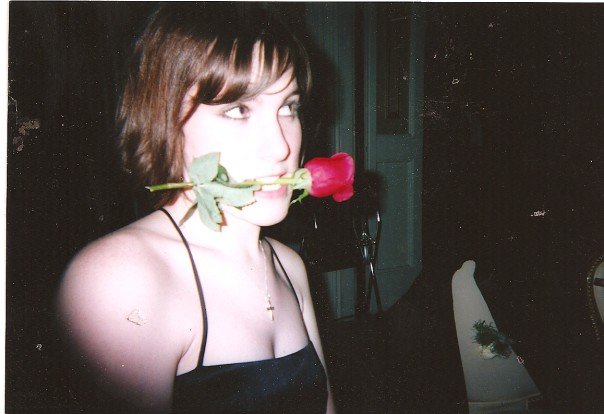 15-year-old Christine being chill at a sophomore year school dance.

“If You Don’t, Don’t” was associated with an imaginary romance I’d conjured up with a sad boy who wanted me more than anything in the world. A boy who liked me so much that he couldn’t bear to make a move. I was a lonely little teenager.

“We once walked out on the beach and once I almost touched your hand.”

Man, that lyric tore me apart. A few years later, Sufjan Stevens would jack this lyric, but replace the beach with some guy named Michael’s living room and hand with blouse (calm down, I love Sufjan so much).

This probably won’t surprise you, but Jimmy Eat World didn’t disappear from my life after high school graduation. When I started dating a fella right before heading to college in Maryland, we decided that “Work,” a song off the band’s 2004 album Futures, would be “our song.” The song “23” was featured at the end of an episode of One Tree Hill and that montage drove me wild with emotion. I couldn’t wait to be 22 so that the song could truly apply to me.

Sure, it didn’t matter nearly as much as I had anticipated when the time came, but it was one of my first 22nd birthday thoughts.

But back to Bleed American. My Father was diagnosed with stage 4 inoperable melanoma in 2009 and passed away on July 24, 2010. I rushed to the hospital on that awful, terrible day in my older sister’s car, turned the car off with the radio still on, and ran up to his room in the hospice center, making it just in time to put my forehead to his and feel his last few breaths hit me. Later, when I got back into the car and started the engine, the world around me buzzing with the silence of what I had lost, “Hear You Me”,” the 6th track on the album, was playing on the radio.

“And if you were with me tonight,
I’d sing to you just one more time.
A song for a heart so big,
god wouldn’t let it live.
May angels lead you in” 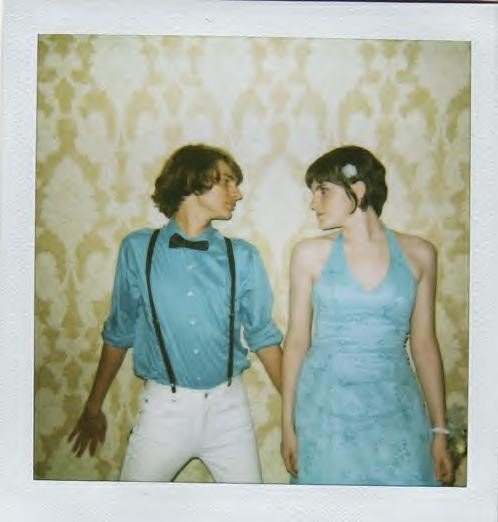 Most recently, I wrote and shot a short film in which I play a character who obnoxiously sings “The Sweetness” from the kitchen while her roommate and her roommate’s one-night stand cringe and listen from the bedroom. I’ll admit it: I just wanted an excuse to sing “The Sweetness.”

As I mentioned, I also latched right onto Futures and also quite liked Chase This Light, released in 2007. The first song, “Big Casino,” gives a questionable shoutout to my home state:

After Chase This Light, I fell off the Jimmy Eat World train. I haven’t listened to Invented (2010) or Damage (2013). You know how they say it gets harder and harder to take in new music as you age? They’re not wrong. I wonder if there’s room in our hearts and minds for more. Who knew that the music I came across when I was a teenager would follow me into adulthood? 2001-2007 Jimmy Eat World is locked away in my nostalgia box, and that thing has a tendency to flip open whenever it pleases, usually at unexpected times.

Just give me Bleed American on repeat and I’ll be good.

Christine is co-artistic director and founding member of Ensemble Studio Theatre/LA’s New West Playwrights in Los Angeles, a group of writers under the age of 30 who write their hearts out and tell crazy good stories. She graduated from SUNY Purchase with a BFA in Dramatic Writing, a major that doesn’t even exist at that school anymore. Pretty cool, right? She can play 8+ chords on the mandolin and is a huge fan of horror movies and sad music. To relieve stress, she yells at people in traffic and does yoga.