My Big Fat Greek Wedding 2 opens on Toula (Nia Vardalos) and Ian (John Corbett), almost two decades removed from their Big Fat Greek Wedding (2002).  They are completely surrounded by Toula’s family: living next door to the couple are her Greek parents, Gus (Michael Constantine) and Maria (Lainie Kazan). And with that, oodles of other Greek relatives constantly hovering nearby.  Toula is always busy helping everyone out, whether it be at the Greek restaurant or otherwise. Her teenage daughter, Paris (Elena Kampouris), hates her overbearing family and wants to move away for college, and, in the process, pushes away her mother, the one person who could at least understand some of that very fatigue.  It may not be the most compelling or original premise of all time, but it was still working – at least for me – to see the emotional duress Toula is going through in trying to raise a rebellious teenager. 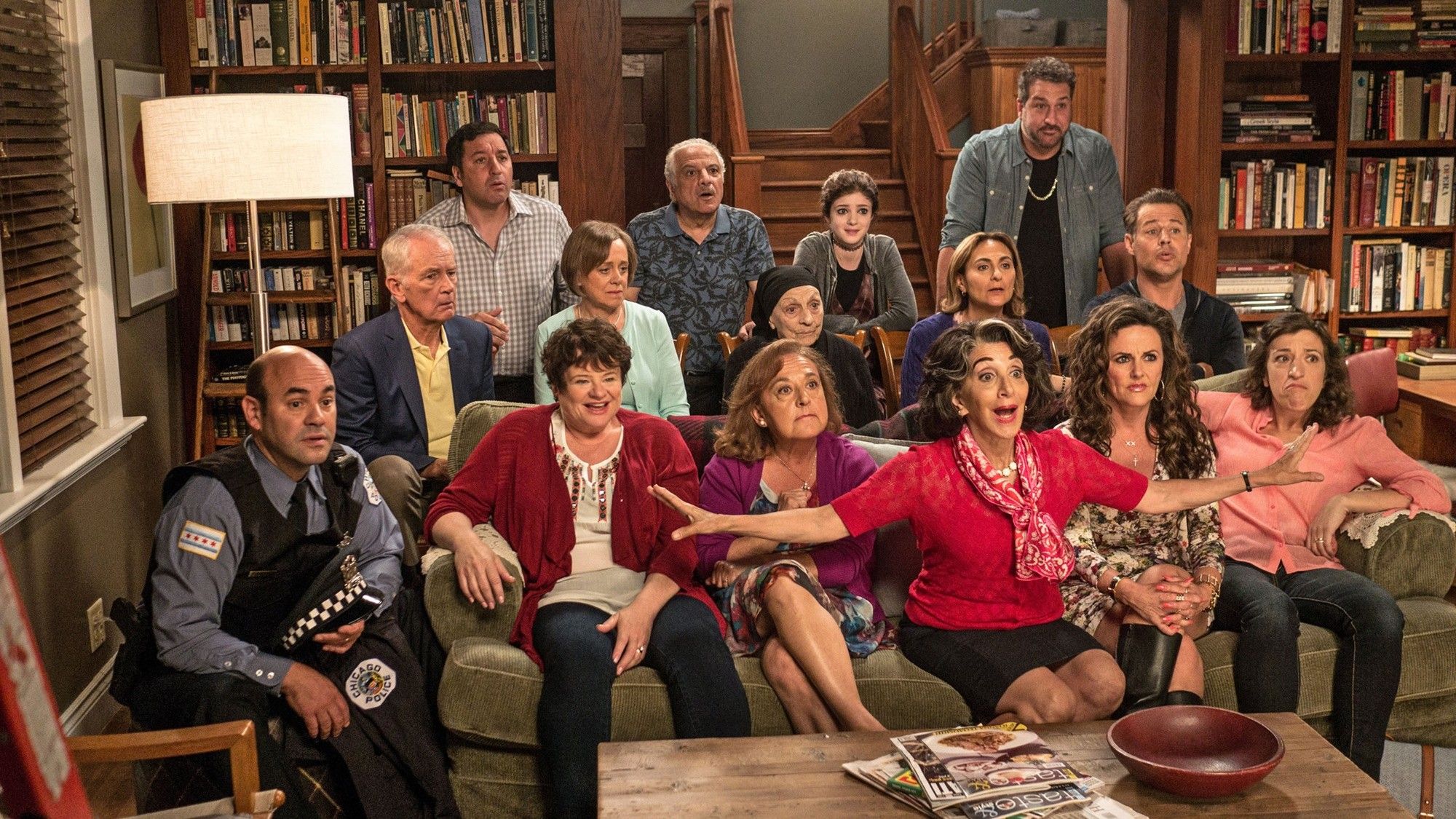 Everything is so wacky!

Instead of playing to its strengths, My Big Fat Greek Wedding 2 sort of opts out of having any dramatic tension. Gus is trying to figure out if he’s a direct descendant of Alexander the Great (like you do), and, in doing so, finds his and Maria’s marriage certificate. It turns out the priest didn’t sign it way back when, so they’re technically unmarried. Now they need a new wedding, and the rest of the movie is about that particular issue. Instead of dealing with this earnestly, the rest of the movie is a bunch of unwieldy scenes and sub-plots that are vaguely linked together by the sole fact that these characters are somewhat concerned about the same things.  The term sub-plots is generous assertion, as a lot of these scenes could be best described as set-ups that are slow to develop and punchlines that push themselves on the audience. When jokes do pay off, it’s because Aunt Voula (Andrea Martin) is talking in that funny of voice of hers.

The subplots typically resemble something like this: Aunt Voula thinks that Toula should go out on a date, so she says some mildly raunchy things about dating, and then makes some curt references to Toula’s body hair. Eventually, Toula and Ian go on a date, but things don’t go as expected.  Meanwhile, Maria can say phrases that seem too young for her age, something to the tune of “I’m a hippie!”  The random wacky premises get wiped clean, though, because these characters are rarely truly offended – everyone seems to have short term memories.  Vardalos’ writing reminded me a lot of a sitcom.  Alas, sitcoms – at least good ones – should be funny, and My Big Fat Greek Wedding 2 misses the mark quite a bit. Vardalos’ script and Kirk Jones’ direction often mistakes goofy rambling on a general theme for a joke.  And a lot of those themes are either A) Greek people; B) Greek people getting married; C) some burn about a Greek relative who happens to be in the room.  The scope of material is limited, and the film struggles to rise above it as it “builds” to its conclusion.

My Big Fat Greek Wedding 2 could’ve aided itself by sticking to a single story line instead of cherry-picking on a scene-by-scene basis.  At one point, Ian raises the fairly serious point to Toula that she’s neglecting their marriage with her responsibilities to her extended family.  But a few scenes later, she points out that he’s wrong. In turn, Ian becomes amiable about the whole thing, and they kiss.  Even Paris’ resistance to the family and college – the initial premise and the primary focus of the film’s commercials – is resolved halfway through the film to make room for this whole Gus and Maria re-marriage thing.  The problem with that concept – a problem that can be applied to the movie as a whole – is that no one cares.  They’ve lived together for decades, and even as an unmarried couple, they’re fairly friendly with no tangible problems. So the film seems to think that by the sheer strength of their characters and goofiness, we’ll want to follow this meandering stream of events to its conclusion. It’s an incredibly difficult proposition it built for itself, and one the film can’t accomplish.

Jason Luna is currently getting an MFA in Film Directing, and is also an actor, a film critic, a screenwriter, a print/video editor, and anything else creative you need. A winner of 1 million dollars on NBC’s “1 vs. 100” in 2008, Jason has written about game shows, tv, movies, and books for About.com, Geek Speak Magazine, and Boston University’s “The Comment” Magazine (which he also co-edited). He likes to think of himself as a feminist, thinks dogs are better than people, and really, really likes John Waters.