As Comic book fans, we believe our role in the comics industry to be obvious and undeniable. We are clearly and unarguably the very life force that allows our favorite heroes to thrive. It is through our generously provided love and slavish devotion that these characters have been allowed to endure. A somewhat recent revelation has me beginning to question the purity of the sentiment. Are we truly the wind beneath their wings? Are we really still the benevolent and supportive force of their existence? Or have we become the chain around their neck, refusing to let them explore the possibilities that may lie just beyond their tether? I don’t know that anyone wants to view themselves as the bad guy, but I think it’s very possible that we have started to become the Mr. Freeze to our favorite hero’s Nora. We keep them alive and perfectly preserved out of what we genuinely believe to be love of the character. Only it turns out that it may not be what is actually best for them or the story. Through our delusional self-serving tendency to demand the conservation of our favorite character’s nature and status, we are more often than not preventing them from experiencing any real emotional growth or hope of resolution. We are robbing ourselves of potentially amazing new stories with depth and impact that could rival the all-time greats. 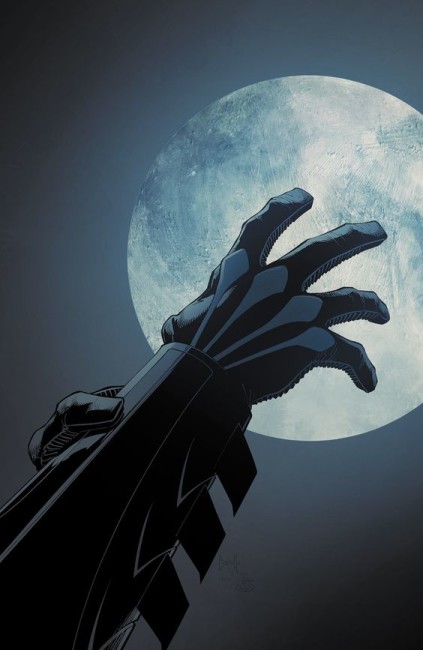 “Is our ardent devotion to the maintenance of our heroes, in their purest form, really necessary?”

The revelation in question for me came about while reading Scott Snyder and Greg Capullo’s Batman run. More specifically, their final arc “Super Heavy” (Warning: spoilers for the series follow). Over the course of their run I genuinely believe Snyder and Capullo did some great work together and delivered some awesome Batman stories. At the start of Super Heavy, however, they dropped a whopper in my lap that I was none too sure of. Following a huge battle with joker, Bruce Wayne is no longer Batman. No big deal, it’s not the first time. The reason he is no longer Batman is not due to a physical ailment of any kind (in fact he is the healthiest he has ever been) but because he simply has no recollection of ever having been him. Well, that’s a little different. “What’s up with his amazing Batbrain?” I wondered. “Where are his endless fail-safes? Will his subliminal hobo Batman of Zur-En-Arrh kick in?” I’m sure there is something up his sleeve, I rationalized. Clearly a new batman will be taking his place in the interim, but whom? I prepared for the next inescapable “Battle for the cowl” to determine the next member of the Batfamily to soak up some of the spotlight for the next few issues. That never happened. No long drawn out “Who’s it gonna be?”  Instead it was just followed up with the announcement, “and the new batman is…  commissioner Jim Gordon.” What?! I was not a fan of the announcement even a little bit when I first heard it. I wanted the arc to be over before it began so I could get back to the real Batman, my Batman. Therein lies the problem, I demanded my safe Batman comfort zone. I didn’t want the characters or world to change and grow too much, and I didn’t care.

Now here’s where things got straight up revelatory for me. I made the decision to trudge through the arc. It seemed to still check in with Bruce, so I figured it was just a matter of time before he found himself back in the driver seat. I started to realize pretty quickly, however, that I didn’t hate Gordon’s Batman at all. In fact I kind of loved him. He was a very different bat than we had seen before, and he was refreshing. He didn’t have the lifetime of training, dedication, or fortitude that Bruce did, and it showed. It made him believable and even relatable, not unlike the original Batman was to us when he first stood shoulder to shoulder with super humans, without the aid of powers. Only now this character is starting to have some real layers, and depth. He made me realize just how much of that the black and white Robo-Bruce had a tendency to lack. His grim emotional range most often bounces between sad-rage and rage-sad (I still do and always will love batman unconditionally mind you). Bruce was generally more of a thing than a man. He’s almost unjustifiably stubborn in his morals, slavish in his pursuit of justice, unwavering in the belief in his mission and methods, and no matter what the stakes, you always genuinely believe he’s planned for it and has a way out or a way back. Gordon was very opposite. Gordon was a mortal trying to play a god, and he knew it. He was often conflicted, overwhelmed, and even scared. He was a human Batman, all too aware of his shortcomings and the immensity of the boots he was trying to fill. His vulnerability returned a real sense of tension when the odds were against him. This isn’t Bruce Wayne, This is just some guy. Maybe he doesn’t make it out of this one in one piece. Gordon Batman isn’t the only humanized character either.  We finally get to see Bruce Wayne the man, Instead of Bruce Wayne the shell that Batman hides in. He remembers the death of his parents, but is no longer allowing the trauma of the event to define his life. For the first time in his long tragic history, Bruce Wayne has achieved emotional growth and maturation as a character (becoming even more bitter and rage-sad over additional lost loved ones does not count as “Emotional Growth” for him, sorry. That is just more of the same). We see him living, in love, contributing, and genuinely smiling. In other words he’s happy. A life that was teased earlier in the series as an impossible fantasy, now seems like a genuine possibility. The book goes to great lengths to let you truly believe He’s done with batman, and you can’t help but feel happy for him. The character has had a long hard life, He’s earned his retirement. I was all too eager to close the book on him as he went off into the sunset, while I would follow this exciting new chapter in the batman mythos. 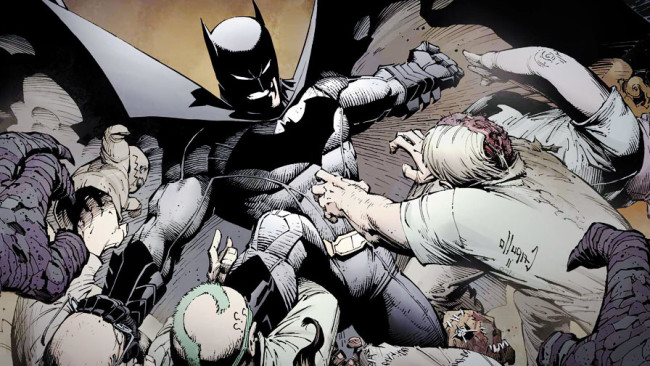 “Maybe it’s time we all loosened our collective death grip on what we believe the world of the characters should be, and get a little more receptive to change. “

And to think I wanted nothing to do with this arc. To think I wanted to quit reading batman at the mere mention of Jim Gordon, because he was too different, too much change. Batman purist Sean almost caused me to miss out on what had easily become one of my favorite arcs of the series. Sadly, the influence of that facet of my personality, and the personalities of most devout comic fans manifested itself in the form of the ending to that arc. Bruce finally deduces that he was once Batman, and bullies Alfred into helping him use a machine that essentially brainwashes him back into the person he once was, and completely disregards the person he has become. Jim goes back to being the commissioner, everything is as it was, and I hated it. I had been given the very thing I wanted just a few short months ago, and I was instead as upset by a comic as I had ever been. I wanted to blame Scott Snyder. I wanted to blame DC comics. I initially wanted to throw blame everywhere I could except where it belonged, with the fans. We’ve created a culture where we treat these characters as our own, and to alter or re-interpret them in any significant way is considered disrespectful and blasphemous. Then we turn around and have the nerve to be upset with events like Rebirth, New52, Marvel Now, etc. What do you honestly expect? In a world where the publishers can only alter your personal treasure of a character so much before being faced with the threat of public backlash, what other option do they have? If we won’t allow the worlds they create to truly permanently grow and change, if they cannot tell a character’s entire story complete with a beginning, middle, and end, The only real option they are left with is to start again. They can only coast on the beginning and middle so long before stagnation will start to set in. We have no one to blame for this vicious cycle but ourselves.

Is our ardent devotion to the maintenance of our heroes, in their purest form, really necessary? What does it accomplish? If you love and want to read Bruce Wayne’s Batman, Steve Roger’s Captain America, or Peter Parker’s Spiderman, Why not just dive into their backlog? They already have tons of amazing stories and arcs to their credit for you to read, and they aren’t changing or going anywhere. The characters you know and love are already immortalized in comic history, able to be revisited whenever you wish. Why, then, must every future iteration of them be the same? Maybe it’s time we all loosened our collective death grip on what we believe the world of the characters should be, and get a little more receptive to change. We may just be surprised at what comes as a result. Batman, for my role in the perpetuation of your seemingly eternal suffering, I am truly sorry.