The expansive plethora of impressive music we’ve been given this year is an almost impossible thing to take in while it’s happening. Even the most dedicated, avid listener of current records should find themselves overwhelmed with their backed-up queue, but overwhelmed in the best possible way. It’s the kind of year where over 100 of the best tracks would be better than the top 10 choices from almost any other this decade. So, naturally, I nearly lost my mind while trying to pick the following ten enormous, otherworldly tunes. I couldn’t have done it without you, French Press. I owe it all to you. 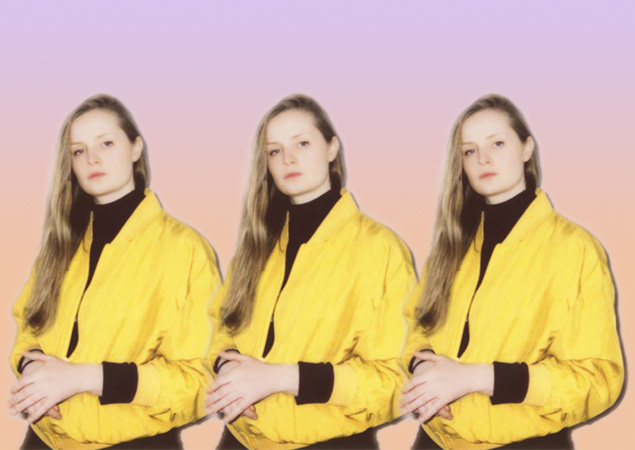 Out of the countless, silky smooth R&B tunes throughout the year, the undisputed champion is this standout from CDW EP. Wilson’s seductive vocal range is in mesmerizing union with the simplistic arrangement of bass, synth, and drums. It’s a track that found me in the heat of the summer, and I’ve lived with it on an almost daily basis ever since. I couldn’t keep it out of the final ten. 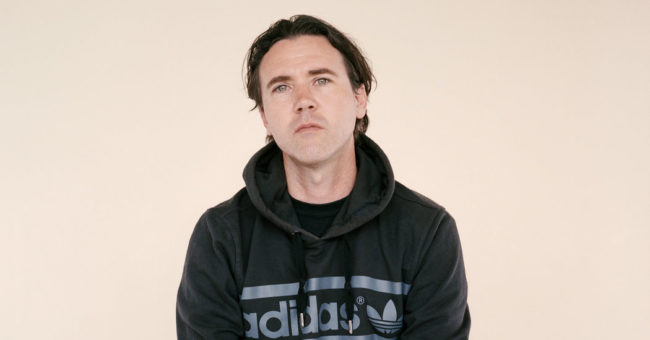 This veteran singer/songwriter has been recording solo for the better part of the last fifteen years, and he has quietly crafted a catalog of enormous depth and clever lyricism. McCombs is a creator of the full album experience each time out, with all right full-length’s possessing their own distinct vision. He has an uncanny knack for beginning a record in captivating fashion, so it didn’t come as a surprise to me when I was floored by this opener from Mangy Love. “Bum Bum Bum” ranks alongside “County Line” and “Dreams-Come-True-Girl” as not only one of his top three openers, but top three tracks, PERIOD. If this song isn’t stuck in your head for hours after you initially hear it, then I’d have to seriously question your taste in music. 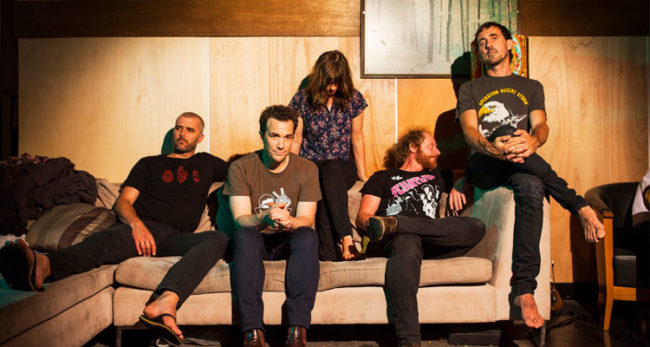 If I were to make a list of the most commanding/important rock groups in the world today, Australia’s The Drones would land extremely high on the list. “It’s only a matter of time before they receive appropriate attention here in the States” is a phrase I’ve been uttering to myself silently for years. Maybe it won’t ever happen? That would be quite a shame. On their latest LP, the phenomenal Feelin Kinda Free, there’s a track early on called “Taman Shud” that wails and “thuds” (pun intended, just listen) its way through three and a half minutes of visceral artistry. It barges in with immediacy and doesn’t let up until the jugular is penetrated. Gareth Liddiard is one of the universe’s most brilliant frontmen in music, and here he is arguably at his finest. The Drones are a force to be reckoned with, and if you’re looking for a place to be introduced, meet “Taman Shud”. 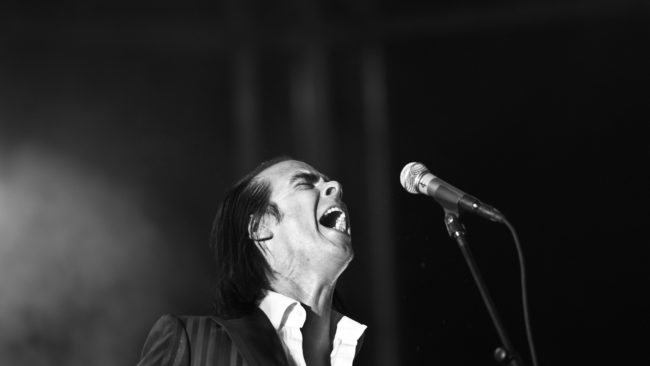 There’s a moment on this track, a centerpiece of the haunting Skeleton Tree, in which we feel that its main character is in fact everyone and everything Nick Cave has written about throughout his career, lingering all around him and tightening the grip. He sings “The song, the song, it spins since nineteen-eighty-four”, and a whirlwind of thoughts rewind through the many laments on death and spirituality of which he has explored with The Bad Seeds since that very year. He’s explored the deep caverns of unspeakably dark places many times over, but never in a way that feels this deeply personal. “Don’t touch me…don’t touch me…” is proclaimed in the song’s final moments. The creator is being devoured by his own work, and it’s pressing down. 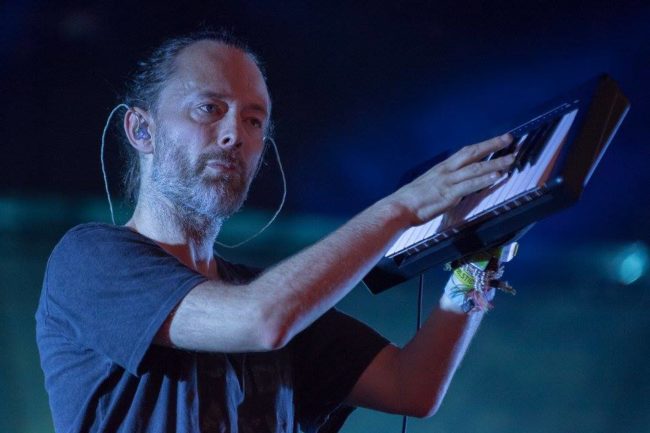 The swirling of bells, keys, rings, and piano that fade in on this career-defining track provide the best 30-second example of the kind of existential state in which Radiohead are currently operating. At about the song’s middle point, Thom Yorke and a slight hiss of another voice proclaim “This goes beyond me. Beyond you” as an entrancing bass line becomes as prominent as the dozen other voices on display. It all serves as a pathway to the hypnotic symphony that encompasses the final two minutes of the epic that is “Daydreaming”. I realize that calling this the greatest album they’ve ever written is a large statement, but I have no doubt that it is. 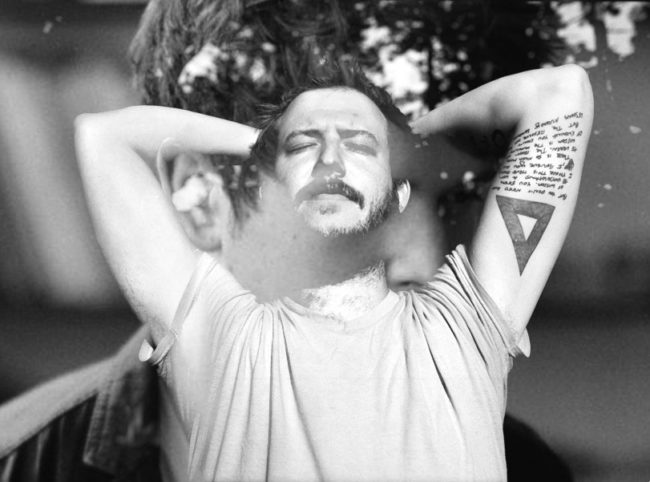 The palette of themes explored by Justin Vernon on 22, A Million is not easy to digest, let alone begin to understand. Upon first listen, it is a perplexing set of songs that never entirely commits to being positive or negative, yet the album is always intriguing. If you’re willing to live inside each corner of the record with appropriate time, things begin to form into a beautiful, distorted universe all its own. Standing at the core of it all is “33 ‘GOD'”, a song that utilizes all of the resources heard throughout the record in one condensed running time of, prophetically, 3:33. It is a song and record born in the Eau Claire soil, bursting out of an artist that could have easily churned out some heartbroken folk songs to feed the starved fans of For Emma, Forever Ago that have emerged in millions over the last several years. Vernon is a constantly evolving artist and one of the most innovative we have, and the questions he proposes/faces on “33 GOD'” are an illuminating example of where Bon Iver is progressing. 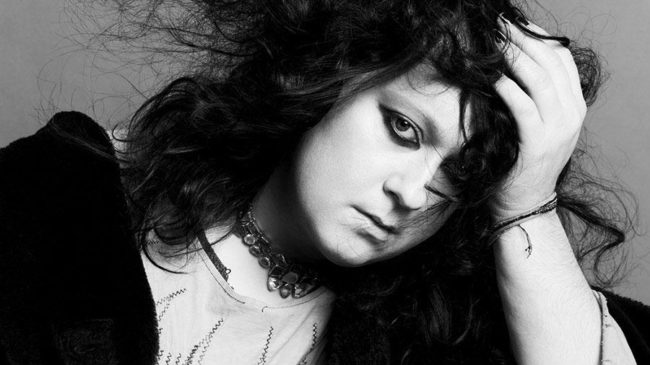 Antony Hegarty has long been an artist of undeniable power, but her statement throughout every track on Hopelessness has never sounded more thunderous and immediate. Serious problems within the world are confronted head-on on the record, and it is on the climate change-focused track “4 Degrees” where the devastating peak is reached. She’s zeroing in on the problem, but never leaves herself out as one to blame. In front of the backdrop of splintering drums and warfare-like horns from Hudson Mohawke and Oneohtrix Point Never, she sings “I wanna burn the sky, I wanna burn the breeze. I wanna see the animals die in the trees. Oh let’s go, it’s only four degrees”. The song, and the entire album, is a cry for help that realizes it’s more than too late to get things back in the right direction. It is scary, yet beautiful. 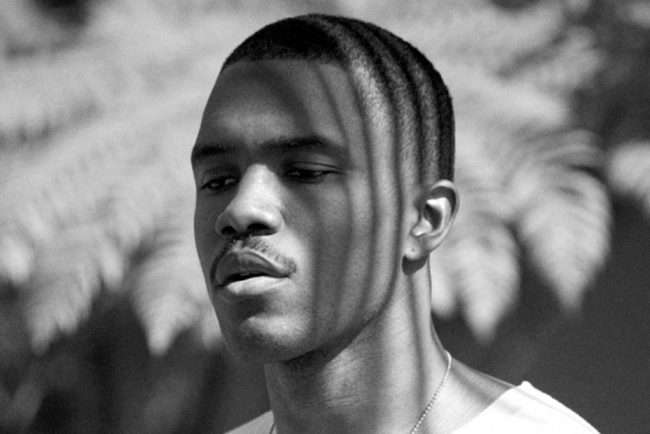 When you experience a Frank Ocean song, it is imperative to never try to understand the overall meaning outside the moment, but just simply live in it. Each track is a spyglass eavesdrop all its own, giving a glimpse into the mind of an artist that we should all be grateful to be here to witness in his prime. “Nights”, arguably his most mesmerizing song to date, feels like an appropriate companion piece to “Pyramids” (a double feature not unlike Paul Thomas Anderson’s “Boogie Nights” and “Magnolia”). Just like he did so masterfully with “Pyramids”, Ocean builds a entrancing, lived-in world in the first half of “Nights” before shifting gears into an entirely separate – yet totally correlated – sound. The song reflects on days when times were hard, never looking back on them in shame, but taking pride in persevering through them and standing ground, moving on. There’s an unshakable nostalgia to the song, and, really, every second on Blonde. It’s stunning. 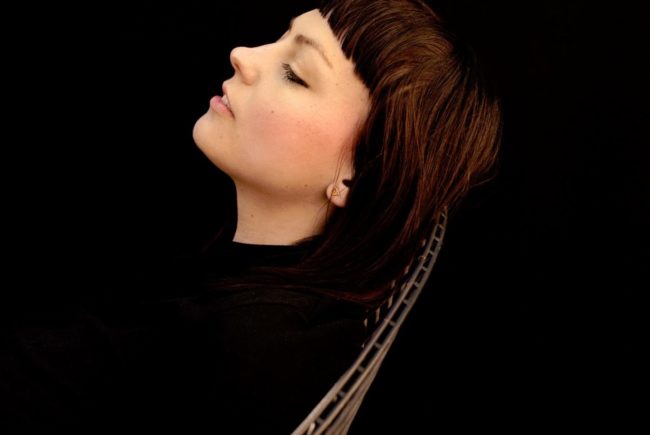 On the latest record from Angel Olsen, My Woman, she storms forward with such a confident compass that it is impossible to not be captivated. The album bleeds old folk, synth pop, and contemporary rock with an identifiable protagonist always at the helm of the story. It was inevitable that she would get here. On a record filled with memorable journeys both rollicking and grandiose, it is the closing “Pops” that cut me the deepest. I can think of only a handful of songs about love lost and the longing for it back, not mutually felt, that are more piercing than Olsen’s. It features only her voice and the tense sound of piano keys. “Take my heart and put it up on your sleeve. Tear it up so they can all sing along” is later followed by “Baby, don’t forget, don’t forget it’s our song”, and the world comes crashing down. One of the few songs that had the ability to put me in tears this year. 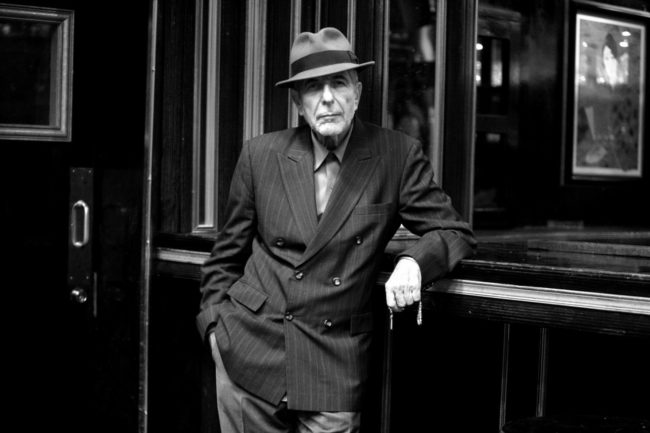 Leonard Cohen spent over 60 years of his life penning thoughts on spirituality, love, and the blurred lines between the two. Obviously his material is more expansive and intricate than that, but at its most minimal and broken down, those themes were the main driving force behind a body of work that will always be one of the most phenomenal in the history of art. In a year full of highly impressive music, there was no better songwriting than the combination of the separate-but-linked “Treaty” and “String Reprise/Treaty” from Cohen’s final record, You Want It Darker. On these luminous tracks, we do not know if he is speaking directly to a figure at the door of the afterlife, or Marianne Ihlen herself, a longtime companion to which the majority of his work was inspired. During the final moments of the reprise, it certainly feels appropriate to assume he is speaking to the one who decides his final fate: “It’s over now, the water and the wine. We were broken then, but now we’re borderline. I wish there was a treaty between your love and mine”. Those will go down as the final words put on tape from one of our greatest poets. Whether it was meant to be a farewell is not of concern. You’re up there now, a hundred floors above us, in the tower of song.