It was entirely impossible for me to come up with a list of “The 100 Best Films of the 21st Century”: my mind would cave in on itself if I were to sit down like John Nash and go through the math. My brain is already a dumpster fire of useless Kent Hrbek stats and Seattle music knowledge that if I tried to rearrange and revisit hundreds upon hundreds of movies I would break a gear like a Westworld robot. I love all things Greta Gerwig, adore Catherine Breillet’s “Blue Beard”, and almost put at least two Kelly Reichardt movies on this list (luv u 4ever, “Night Moves”), but it all came down to these ten films. Because I am a millennial, you’ll have to deal with my arbitrary bullshit. If you have a flare gun, fire it now so that you can be rescued from having to read Wes Anderson’s name.

Repetition compulsion! Hallucinatory fever dreams! Diner dread! These are all hallmark teardrops of a forever morose, nightmare-littered, compulsory Los Angeles timeline – one that keeps repeating itself ad nauseam. Puppet master of terror, David Lynch, keeps the coffee pot warm as wistful melodies and ethereal palm trees spin like a parasol in one of the most courageously strange films in cinema history. It has the perfect ensemble, indelible visuals, and the most arresting tone of any movie in recent memory. The dichotomy of hopeless love and buried secrets will forever cast a long shadow over LA. If you’re ever scared, just go to Amoeba and wait it out – that’s my method (that city is a hellscape of someone else’s ghosts). 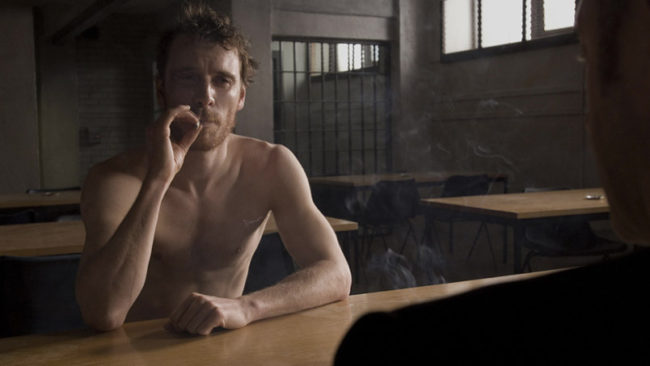 Unrelentingly grim, director Steve McQueen’s uncompromising, sweat-lacquered look at a fragmented Ireland sheds a blood-specked light on a 1981 hunger strike during The Troubles. Pockmarked with brutality, the film documents the conditions in which Irish republican prisoners lived and, in some cases, died. The protests inside the cells were Pollocked with human waste and sinewy limbs. Michael Fassbender transforms his body into a porous web of failing muscle and jutting veins. Violence is both sudden and prolonged. And no scent is spared. “Hunger” digs into the marrow of what makes us human, and asks us to consider what the word means. 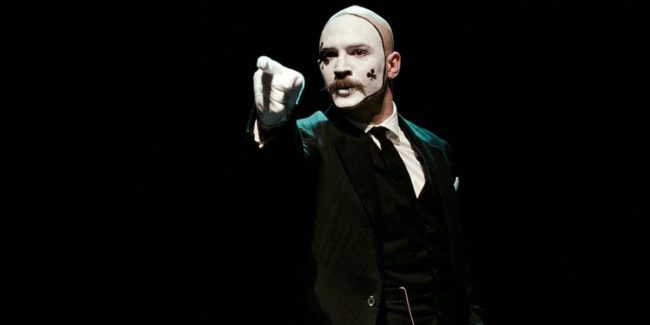 Tom Hardy is comprised of twisted metal and deranged putty in Nicolas Winding Refn’s solar system of clenched fists and theatrical ambling. Hardy is anarchist beast and snake oil salesman. Orchestra conductor and lion’s jaw. There’s not one moment in the film where the unhinged thespian isn’t on the verge of walking through the screen and eviscerating his audience. The music in “Bronson” is disjointed and maddening, the violence almost stop-motion, and the camerawork is electric in its unpredictability. Refn would subsequently direct the more accessible “Drive”, but “Bronson” is his masterwork. 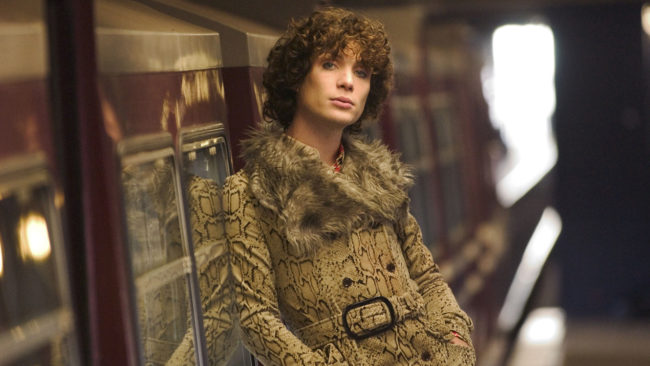 “Breakfast on Pluto”, based on the book of the same name by author Patrick McCabe, is a waltz of hope, identity, violence and the romanticized ephemera of imagined family. Cillian Murphy is a marvel as the orphaned Patricia Braden. As she navigates through the fractured landscape of a socially nebulous Ireland, we witness the beauty and dissonance of Patrick McCabe’s prose. Does optimism corner defeat? What does greater history mean in the face of singular dreams? And just how wonderful is Cillian Murphy when he’s not in a goddamn American film? Because, dude, yes.

David Fincher is one of the most unique artists we have. He understands the void. No other contemporary director tars and feathers unchecked masculinity and self-absorption. Uses colors, music, and cameras as integral characters. Commits to the low rumble of humanity’s revelry for self-destruction. In “The Social Network”, he frames routine resources and commodities as unassuming weapons in a modern world. Millennials cozy in the arms of superstore sweatshirts, dusted up sneakers. But still burn like newly ignited tinder in their overdeveloped minds. Here, the world commits to fire in 2010’s 2006. Bennett Miller would borrow some of Fincher’s tricks in “Moneyball”, some years later, but for the first time, when watching “The Social Network”, you realized how powerful insecurity could be. 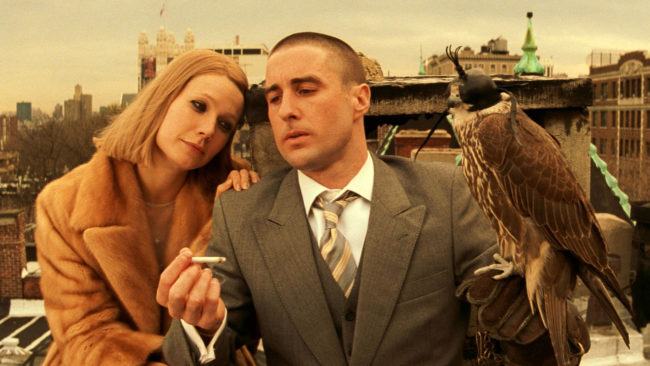 Modernly, no film has been more lampooned, publicly dismissed, or satirized as Wes Anderson’s “The Royal Tenenbaums”. A pastel fever dream where a family is stuck in the seismic crosshairs of self-immolation. For a wave of millennials, we saw Anderson’s construction paper compass as an accessible lens: Here were familiar troubles that were repurposed in whimsical cursive. The jaded elder statespeople of criticism see the stylistic flourishes as banal, but Anderson’s 2001 opus encouraged an entire generation to see emotions differently. It was okay to be weird: You didn’t have to posture for the benefit of someone else. Subsequent films from the director curtsied the style he had popularized with this movie, but none of them have come close to tapping the deadpan well of “The Royal Tenenbaums”. To get an idea of how propulsive this picture was for people of my age in the aughts, high school bands and fantasy football teams were named “Go, Mordecai!” – TRT would be a paperweight to hold future ideas. 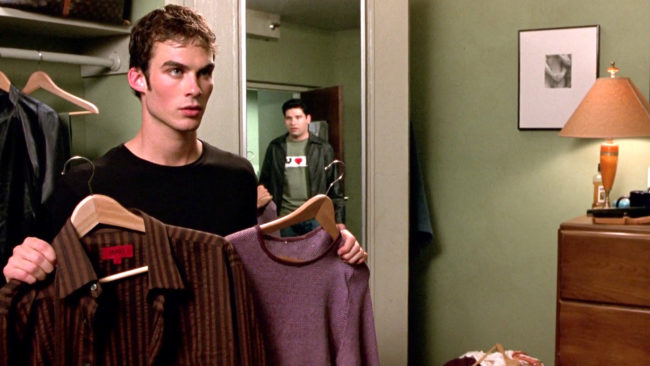 The Parthenon of bloodless excess, emotional vacuity, and James Van Der Beek brow furrowing: “The Rules of Attraction” is a kaleidoscope of animus and anxiety. At the helm of the movie is fork-tongued Roger Avary, a director who is psychologically colder than a post-rainstorm blacktop. The one-time Oscar winner (he co-wrote “Pulp Fiction” with Quentin Tarantino) films interpersonal malaise like it’s a goddamn laser show at a dystopian funhouse. After walking through the innocuous confetti turbine of 90s teen movies, Avary turned the whimsical genre into discord and vomit, megalomania and used bubblegum. Adapted from the Bret Easton Ellis novel of the same name, Avary explores the sonic madhouse and aesthetic terror dome that is young adult life. It’s the deconstruction of comfort set to the unease of a new decade. If you don’t believe in miracles, watch this film for the whirlwind European backpacking trip taken by Kip Pardue – it will change your mind about the possibilities of film. Microwave ding. 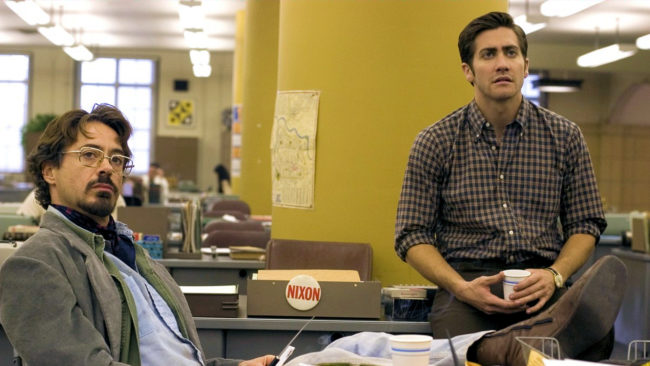 The second David Fincher movie on this list, “Zodiac” is a syrupy film that sees fireworks not as warmth but as warning shots. Here, the aggressive reverberations of fast-walking feet and the flickering of shadows are as violent as an unsheathed knife. The tone, place, and structure presented in Fincher’s best film are coated in the cold glow of mystery. It’s an obstinate epic about obsession and the worn book binding that barely tethers us together. Not only is “Zodiac” a near-perfect feature, but it’s also Mark Ruffalo’s finest hour. 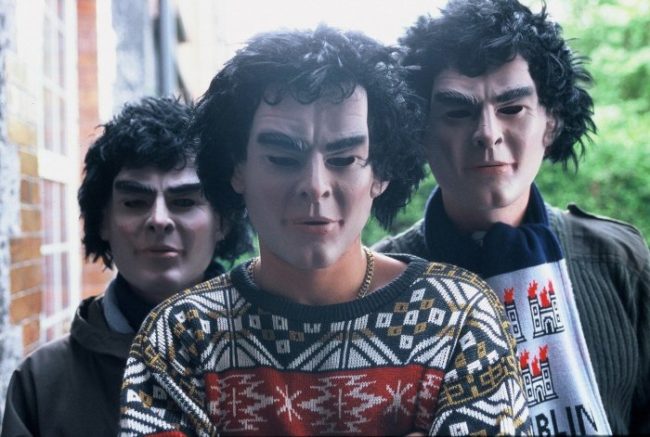 Here’s a film that is unafraid to laugh at the brawny machismo of drunken pub dwellers, bullheaded police officers, and sociopathic delinquents. Director John Crowley’s “Intermission” is a carbonated cocktail of thick Irish brogue and clammy humor that circumvents the typical, and all too vanilla, interpersonal relationships of most films being made in the late 90s and early 2000s. There’s hope in the chaos, liveliness in the devil-may-care attitude, and a palpable sense of sardonic wit in the narrative. Outside of “In Bruges”, this is, far and wide, Colin Farrell’s best film. The actor snakes around the proceedings with a glib confidence that would eventually make him a household name. Sidebar: Kelly Macdonald is a global treasure and absolute queen. May you recognize. 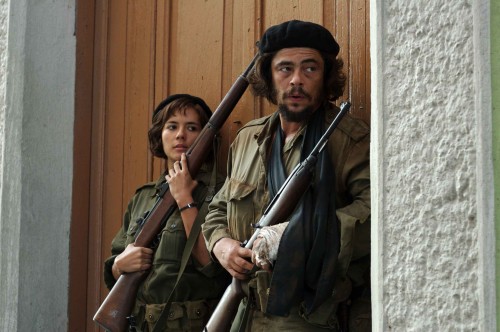 One of the most beguiling, frustrating, and unarguably talented directors of our generation, Steven Soderbergh went absolutely over the top bananas by creating the nearly five hour “Che”. By the end of the sticky, dirt-smeared process he had lamented even making the film. Between the difficulty of shooting the movie and the picture’s tenuous reception, Soderbergh became disillusioned with cinema altogether. But the intensely ambitious two-part maxim about monomania and faith, presented here in all of its diseased and exhausted glory, is one of the most beautifully crafted films ever made. Ernesto Guevera, played by Benicio del Toro, goes from chomping on cigars in front of cameras to having near respiratory failure in the belly of some shadowy abyss. “Che” is compelling in its David Lean-like length, but it’s also endlessly fascinating as a portrait of a human who, for better and worse, never doubted who he was.