The Most Cardinal Sin of Them All 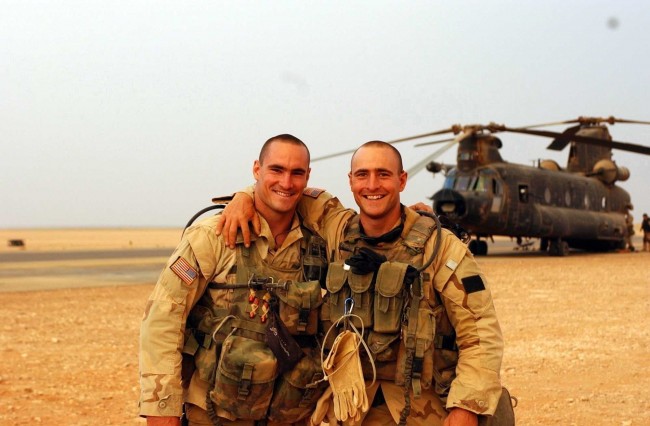 At 5’11, playing the defensive back position, Pat Tillman was a diminutive firecracker that would, more often than not, use his shoulders to cross antlers with other players. The Arizona State phenom was considered too short, too below the required height to ride on the roller coaster that is the National Football League. Tillman, as everyone knows by now, forearmed through that preconceived wall of pessimism and became one of the top tier defensive stars on an otherwise puttering Cardinals squad in the NFL. Then, after enlisting into the military sometime during his professional career, Tillman’s image became a sort of marred Rubix cube; everyone wanted to reassemble the sides of his life to fit specific patterns and equations. Because of this incessant nudging and twisting, the colors began to come off on everyone’s fingers until there was nothing left on this weathered block. Pat Tillman became mythologized by the media after his death and mass marketed by the military as a sort of macabre and flesh-made brochure.

“The Tillman Story” is a fascinating anti-portrait of a young man from California who wanted nothing more from life than to be his own person, through his actions and his private beliefs, and was instead rubbed out, re-imagined, then drawn onto the retinas of America’s eyes as a propaganda puppet; a messiah with a headdress of flowers and the strength of Poseidon. Amir Bar-Lev’s documentary tries as much as possible to reconstruct Tillman as the way he wanted to be seen and remembered, which, because of the way he has been immortalized in media, is nothing like the man he was in life.

The most unfathomably sad and emotionally eviscerating shot in the movie deals with Tillman’s memorial service; one of Pat’s brothers makes a tearful exposition, perforated with impromptu outbursts, that is atypical of a finely wrapped, and altogether airbrushed, eulogy. Through the fluttering array of archival footage from Pat’s life, along with his parent’s unyielding stance on upholding who their son was as a person, the documentary manages to pull down politically chiseled statues of Tillman the savior and replace them with the bones of Tillman the man, no matter how becoming or unflattering they may have been.

The thoughtful testimonies from Tillman’s comrades, along with his wife’s intimate words about her husband’s character, help reveal text from a misinterpreted – though all too quoted – life. But the most fiery and incredible revelations come from Pat’s brothers, who practically crack open their sternum to share their all. The story of Pat’s mother and father, who both clawed at a winged and bestial political system to find out what happened to their son, is one of urgency and hope, devastation and heartbreak.

The way Bar-Lev constructs this documentary is so impassioned that no volume of information is left uncovered. And when I tell you that the beginning and end of this doc, bookends of pure emotional resonance, leave you feeling on the verge of tears, I cannot say that I’m anymore serious. Was Tillman’s life harder to read than hieroglyphics? No. Did you need a Rosetta Stone to find an answer to who he was? Not at all. But the more simplicity bestowed upon him, in the form of honorary stamps and monolithic epitaphs, makes it difficult to understand what we celebrated in the first place about a person that was special but not infallible.

This entire documentary is fantastic, from first frame to last, and should be seen with as many people as you can plant into the theater. I would say that “The Tillman Story” should be nominated for an Oscar, but it transcends accolades and critical acclaim, as it needs more important reorganization from people who have wronged the Tillman family.