Lots of Foreplay, No Climax in The Discipline

The Discipline is the kind of comic I get excited about.  Sure, the subject is suspect and the themes and topics are iffy at best, but it has a number of things going for it: first, it’s published by Image, which is an instant qualifier in my comic books quality litmus test.  Second, it hosts a duo of creators I’m not immediately familiar with.  Writer Peter Milligan isn’t new to the scene by any means.  He’s been around for at least a few decades and has a pretty massive resumé with titles spanning a number of indie imprints as well as some big franchises at DC and Marvel.  Artist Leandro Fernandez hasn’t been around quite as long, but he’s no newcomer, either.  It’s not that I haven’t read anything by these guys, just nothing has managed to stick in a meaningful way that causes me to remember the names.  That’s okay, though.  It happens.  At one point, people had no idea who Todd MacFarlane was, either.  Lastly, this comic looked like it was at least attempting to try something interesting or uncommon.  At least, reading about it online and in Previews, I was led to believe that much. 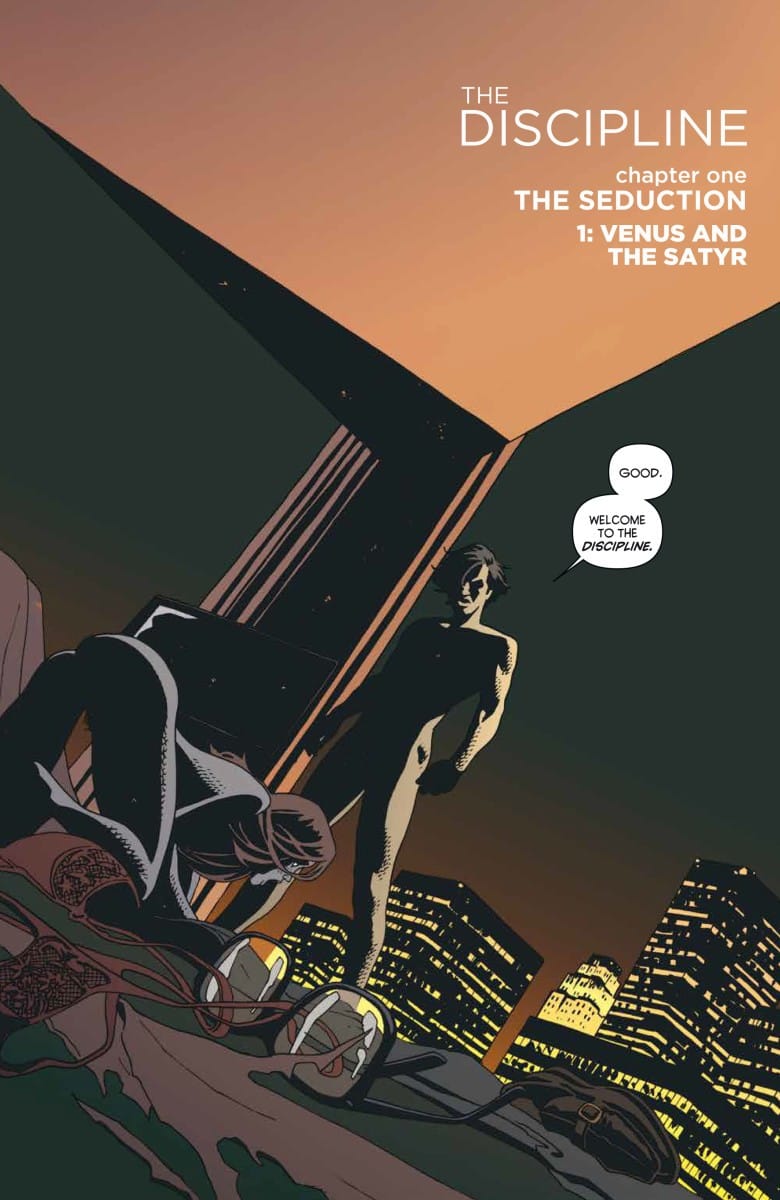 The truth is, though, there isn’t a lot happening in The Discipline.  Melissa is a sexually frustrated and entirely forgettable stay-at-home wife who gave up her job after her husband starting pulling in the big bucks.  Stuck somewhere between hating her husband (he works too much, typical, and she blames him for her decision to leave her job) and fighting with her sister over the care of their mother (her sister, of course, think’s now that Melissa’s rolling in the dough that she’s too good to help), she spends her spare time venting her frustrating by going for jogs with her dog who was significant enough to earn a name (Hemingway, because Melissa wanted to be a writer or something like that, these characters are so boring it’s hard to remember) but isn’t significant enough to show up in more than three or four panels.  While she jogs, mysterious and hunky Orlando makes his own hobby out of casually stalking her.  Of course, as all women in poorly written sexploitation yarns do, she falls head over heels for her dreamy stalker and after a couple of panels, they bang, then some weird demon stuff happens, then the comic just kind of… ends.

I wish there was a better way of describing it, because I’m not selling any potential readers on this so far, and the last thing I want to do is turn anyone off from something they’d potentially love, but this comic really was terrible.  The narrative consists of a series of free-falling plot points, except they’re jumbled up and aren’t held together by anything.  Imagine writing a story out, one sentence at a time, on index cards, then throwing away five cards for every one you keep, then tossing them off the roof of your office building, and reading them in the order they reach the ground.  That’s The Discipline.  I don’t demand that every little detail be giving to me immediately — far from it, I relish in the mystery and delivery of little revelations in a well crafted comic — but this book just doesn’t give enough away to get me to buy the next issue. 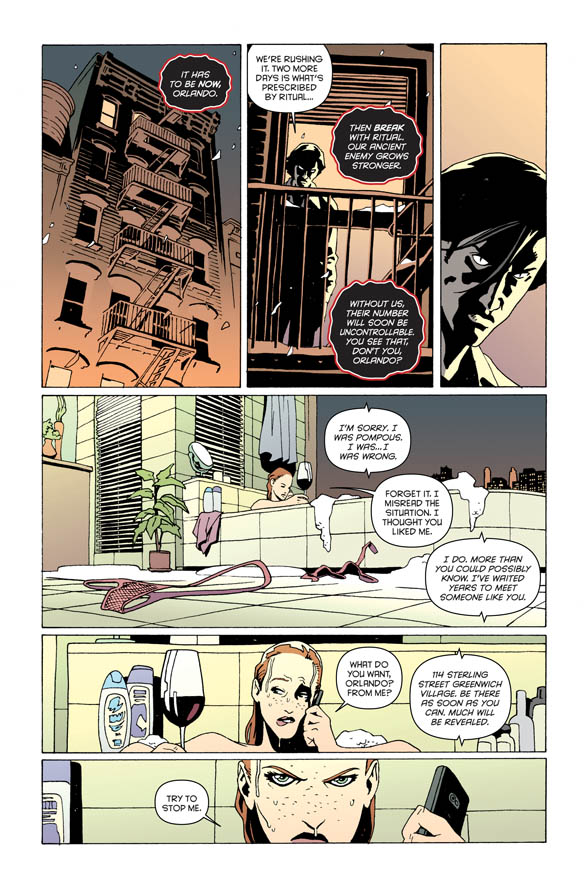 Sure, sex happens.  And I guess for some folks, that sex stuff will be enough to sell the entire series.  I, though, live by the adage that if you’re going to dive into gratuity, you need to make at least some kind of play to justify it.  The Discipline makes zero attempt to do just that, nothing but a vague suggestion (not even a guarantee) that maybe we’ll eventually get an explanation.  I don’t want to upset anyone, but I read Crossed, which featured some of the most insane and gratuitous sex and violence I’ve seen in comics — for two years baited on that very same suggestion, and it just never panned out.  I jumped ship on Crossed having learnt a very valuable lesson: don’t buy people’s bullshit when it comes to gratuity.  Sometimes, they just like to let their own personal beasts loose in their art, which is fine, but I’m not paying for anybody’s art therapy.  Maybe it wouldn’t be so bad if it wasn’t so predictably and sloppily set up.  The entire plot is messy.  There are no surprises anywhere to be found.  This is one of those ultra-hip comics that begin at the ending then reset back to page one, so even the revelation at the end (weak as it was) wasn’t all that exciting.

Milligan may be phoning it in while he’s getting paid to fantasize about beefy seducers and mousy red-haired housewives, but Fernandez is far from lazy.  In fact, I would accurately describe Fernandez’s artwork in The Discipline as on point.  This guy’s got some serious chops.  The most interesting thing about the comic is his panel layouts and the visual pacing he offers for an otherwise disjointed and discombobulated plot.  His artwork is moody and dark, shadows and negative spaces dominating ever panel on every page.  It’s the kind of artwork that could (and apparently has) carry a far inferior story from point A to point B.  Imagine me giving this man a standing ovation, because by god, he deserves one.

All in all, if you’re looking for nudity and sex (or even nudity and sex mixed in with demons and darkness) there are far better comics out there for you than this one.  There’s a possibility that the next issue will offer more than the tepid half-baked synopsis we’ve given in the first issue, but that breaks the cardinal rule of comics.  Your series needs to be sold by the end of the first issue.  In comics, there is no such thing as a slow burn.  Either it’s a hit from the get go, or it dies by the roadside.  This book give its reader no excuse to buy the second issue, and who are we to argue?