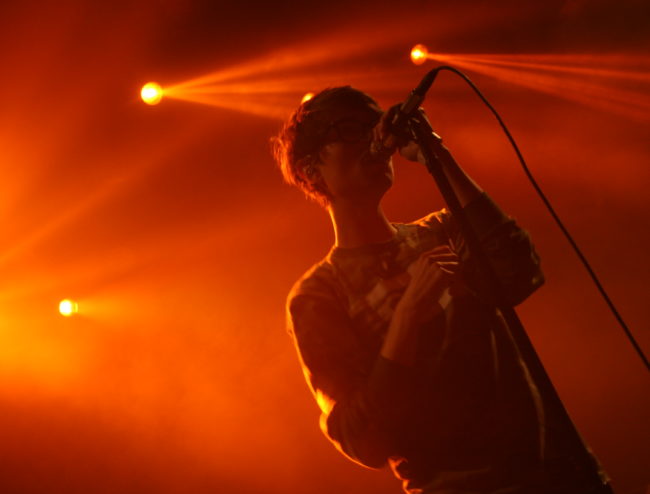 Pockets of cobalt lights struck long silhouettes onto The Observatory’s sold out crowd on Tuesday, April 20th. Silversun Pickups and Joywave waltzed into San Diego, fresh off of their sun-lacquered sets at Coachella this past weekend, and delivered a one-two punch of inspired guitar bruising. Opening the show, promptly at nine pm, Joywave’s Daniel Armbruster belted out soaring vocals while a volley of drums followed behind him. The Rochester, New York native blithely ran across the stage, intermittently fist-pumping the air. The Observatory’s sound engineers were on-point, as the band’s sound was layered, intricately, over the speakers – it was clearly a well-oiled machine. Hey, House of Blues, you could learn something here. While the incendiary stage presence of Armbruster and company were a live wire of leg-kicking and bass-plunging abandon, the audience, during this opening performance, refused to reciprocate the appropriate energy. At times, the San Diego audience looked inert as a row of Easter Island statues. Eventually, the enthusiasm of the crowd picked up, as Armbruster inquired about Coachella: “Did you guys make it out to Indio?” the singer asked. Small clusters of the audience cheered. “Well, we’re going back.”  Honeyed jubilation, from the front row, followed. 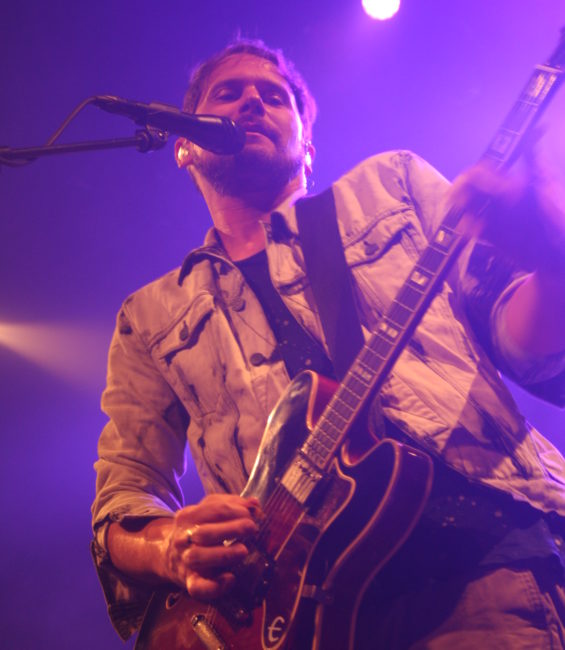 After Joywave finished their carbonated and buoyant set, Silversun Pickups mounted an immediate assault. Wasting few moments, lead singer Brian Aubert christened the microphone with his powerful – and yet hushed – delivery. Aubert’s aching vulnerability put the band on the map, and its articulate translation, during a live setting, was seamless. The crowd was absolutely ebullient as Aubert craned into his guitar while softly roaring. Meanwhile, Nikki Monninger flanked the Silversun Pickups singer, delivering several hiccuped side-steps. 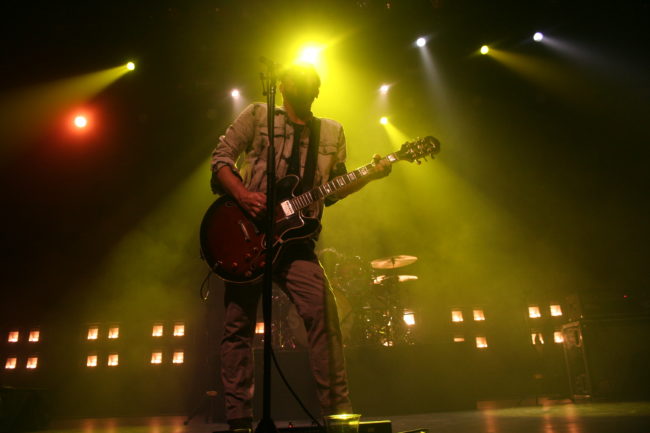 The band looked sharper than Bryce Harper at a barbershop. It was clear that the Los Angeles-based band knew what they were doing, from the barbed confidence to the beautifully orchestrated song transitions. There was little reservation in Aubert’s energy and commitment to his band’s material – even after the sun-flecked trek down from the Coachella desert. No fatigue, no visual exhaustion. This was one of the better shows that we’ve covered: if you get a chance to see My Morning Jacket, Joywave, Silversun Pickups, or Operators live – make the effort. Particularly at The Observatory (our first foray into this specific North Park venue). For more photos of Joywave and Silversun Pickups, check out our Facebook page.