Throughout the history of cinema, there have been countless moments where the power of music has elevated specific scenes – and sometimes even entire films themselves – to change our overall appreciation of them. The following choices are six songs that are originals and initially appeared only on the release of their film’s soundtrack. They are the first half-dozen that came to mind when I reached into the personal memory bank. They live inside the movie they are incorporated into, and the films would simply not be the same without them. 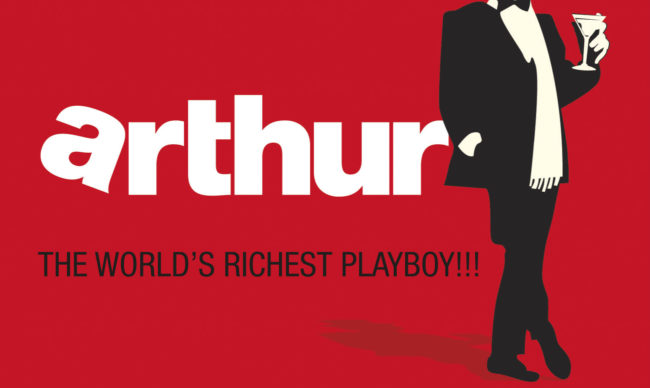 You could classify this pick as a guilty pleasure and I wouldn’t argue with that label in the slightest. Oh, the power of the an aces chorus delivery, yeah? Bringing home the very definition of “yacht rock” around every nook and cranny of this theme song to a classic early-80’s comedy, Christopher Cross co-wrote the song with the great Burt Bacharach, and it results in a song that sticks in the head in what may first seem an irritating way, but it’s ultimately winner. Images from the film (which have been embedded into my head since a very early age and go hand-in-hand with great memories of watching it over and over with my father) are coupled with a line delivery like “When you get caught between the moon and New York City, the best that you can do is fall in love”, and the helpless romantic in me crumbles at its feet.

Most will remember the soundtrack to Jonathan Demme’s Oscar-winning film for Bruce Springsteen’s “Streets of Philadelphia”, which ended up being a huge hit for The Boss. Although that song is outstanding and very worthy of the acclaim it received, it is the other song that bookends the film, Neil Young’s “Philadelphia”, that I have always found more impactful. Sparse and piercing, the track is simply Young’s falsetto and an aching piano, and it closes out the movie in a sequence that would prove you do not have a soul if you aren’t emotionally affected by the time it ends. Demme & Young have had a long and rich collaborative career together, and this is one of their earliest moments, and still possibly the best.

Brandon Lee’s fateful final role came in Alex Proyas’ dark and well-crafted adaptation of The Crow, and its soundtrack was arguably more of a smash hit than the film itself. I remember discovering the CD in a record shop at a very young age shortly after being kind of terrified (in a good way) by the movie, and I would have my first experience with falling in love with the music of The Cure that day. “Burn” is a classic, epic deep cut from a band that has what seems like hundreds of bleak and gothic beauties in their catalog. The film is full of songs that might have been bigger commercial hits at the time, but none were put to better use in a specific important sequence like “Burn”. If you’ve seen the film, you know exactly what I am talking about. The movie inspired the song, and the song compliments the movie, in seamless unison. It’s a moment that still haunts my movie memories to this day, and always will.

Gus Van Sant’s long overdue breakthrough into commercial territory, Good Will Hunting, would have been an impressive piece of work without the music of Elliott Smith, but having the presence of the singer/songwriter throughout the movie makes it that much more memorable and helps the film maintain a legacy to this day. It’s almost as if Van Sant knew that directing the debut screenplay from Matt Damon & Ben Affleck would potentially see him to a new avenue as a filmmaker, and he wanted a fellow Portland artist like Smith receive that same kind of notoriety and appreciation. There is no question that the film’s success catapulted each of their careers into a place with much more of a variety of options, of which only one of them is still here to see. Smith never wanted the spotlight, but he had it for a moment here. His performance of “Miss Misery” at that year’s Oscars remains the most genuine that awards show will ever see.

Paul Thomas Anderson has stated emphatically many times over that there never would have been the seed that planted the idea for his masterwork, Magnolia, had it not been for the music of Aimee Mann. He pointed particularly to her song, “Deathly”, as a direct inspiration. In fact, he wrote the words “Now that I’ve met you, would you object to never seeing each other again?” as the very first piece of dialogue for the project. This is the first line in “Deathly”, and the rest if history. Anderson would later ask Mann to be a major part of the music in the film, and she ultimately made up for the majority of the soundtrack. Moreso than any other pick in this list, Mann’s music enhances an already incredible piece of cinematic history that is in every way a brilliant homage to the vintage work of wheelhouse Robert Altman. The song that would bring her closest to the spotlight would be “Save Me”, but the centerpiece track of the movie has to be “Wise Up”, entering in a climactic moment where all of the main characters share singing a portion of the tune. It’s a surreal sequence in a film filled with some of the most groundbreaking techniques we have seen over the last twenty years in film, and Mann is in every way a major contributor to it.

When Mickey Rourke was in the process of making a major career comeback during the production of Darren Aronofsky’s excellent film, The Wrestler, he sent a letter to Bruce Springsteen explaining the entire project. The Boss was inevitably inspired to add a song to the film, and it would end up becoming a track that, when watching the closing sequence of the movie, very much feels like a part of the screenplay. There’s an inherent understanding from the legendary songwriter that the battered road to redemption for the character in the film very much echoed the career of the actor portraying him at the time of the film’s creation, and it results in a song equally as powerful as the movie. “My only faith’s in the broken bones and bruises I display”. This is another example in Springsteen’s repertoire that he is at his best when he dials it down to the quiet and reflective. There is genius down there, always waiting to come out, and it does here.