How To Be Rad: 10 Artists in the Know

You could posture hard, throw wads of money in front of a wind turbine, and flex your ego like a James Franco in ‘Spring Breakers’. But having the temperament of Ramsay Bolton while looking like you’re on the set of a Ma$e video isn’t really all that cool. Having fireworks go off behind you isn’t particularly rad (the most boring teams in baseball even have that happen occasionally). To be gloriously sick, you need popgun attitude, unwavering confidence, cultural awareness, vicious talent, and paintball humor that runs deeper than the floors of the grand canyon. You have to give no fucks, show your razor sharp incisors, and smear face paint across your maw like you’re about to go headfirst into the fray. You have to love your metro, son. Represent your city’s landmarks and lore (or, if nothing else, erect your own). Have you seen the kids in Seattle use the Space Needle as a jousting lance? Respect. If you’re looking lost in thought like Auguste Rodin’s “The Thinker” because you have no idea who is dope af in 2016, you’ve come to the right place. If we were listing off non-musicians, I would tell you to go seek council from Vanity Fair’s Richard Lawson, Difficult People’s Julie Klausner, pop culture God Louis Virtel, and brilliant comedian Billy Eichner. Let me be your musical Pai Mei and give you some necessary knowledge in all things incendiary and inimitable. Here are artists and bands that are defining music right now (I’ll wait until I hear your pen click until I go any further). 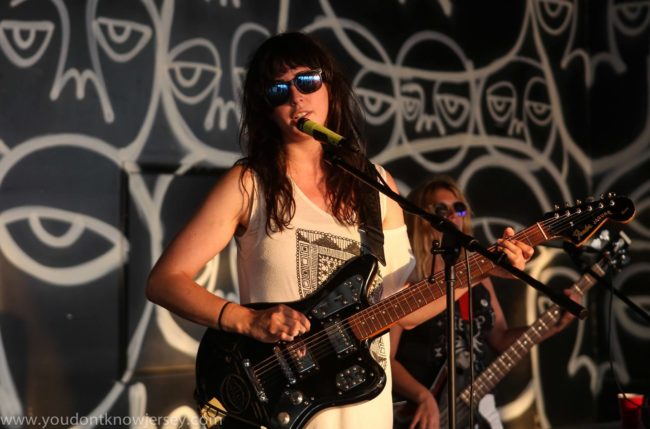 Sharkmuffin is radness incarnate. The Brooklyn band spits butane and belts with rage. Tarra Thiessen’s uncompromising delivery is like a sublime riot, if such a thing existed. And I doubt you will be in the presence of someone doper than Natalie Kirch, the bassist is one of my heroes. To use Outkast’s expression, she’s cooler than than a polar bear’s toenails.  The super legit Janet LaBelle is back on drums, even though my brain will forever be branded by the live drumming of former Sharkmuffin legend Kim Deuss. This band is basically like the sonic version of Imperator Furiosa. Expect brutal assaults of deft musicianship. If you genuinely need convincing, please boot up “I Called You From the Moon”, one of the best jams ever – it is grind on the rails sick. I’ve written about, mentioned, and bothered my roommates about this band ad neaseam so I hope they are ready for more of the same. All the fucking crowns for this band. You’re welcome for the hot tip. 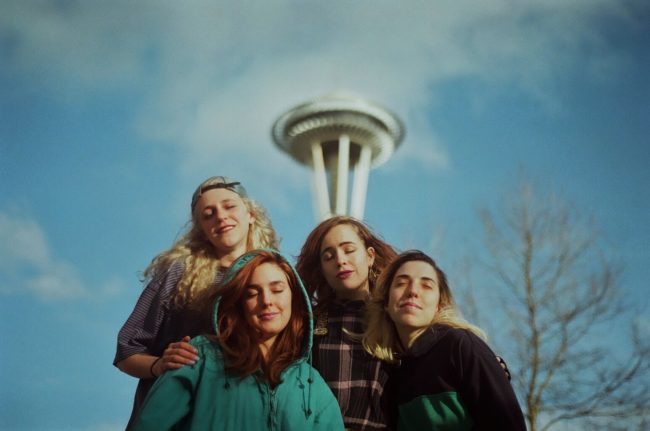 Julia Shapiro is the coolest human alive. From lampooning banal parties to branding kids with dope tattoos, Shapiro jettisons pretentiousness in favor of mercurial spontaneity and pure elation. She radiates confidence, coolness, and talent. Have you heard her vocals? Her pipes are so strong they designed Mario Bros levels after them, son. “Time To Go Home” was one of the best songs of 2015, and was my anthem when leaving Kate Wilson’s Halloween party last year. Essentially, I’m convinced that Julia, Lydia, Gretchen, and Annie are the coolest people in the world. And Robin Edwards, of course, but she’s not in Chastity Belt, which leads me to… 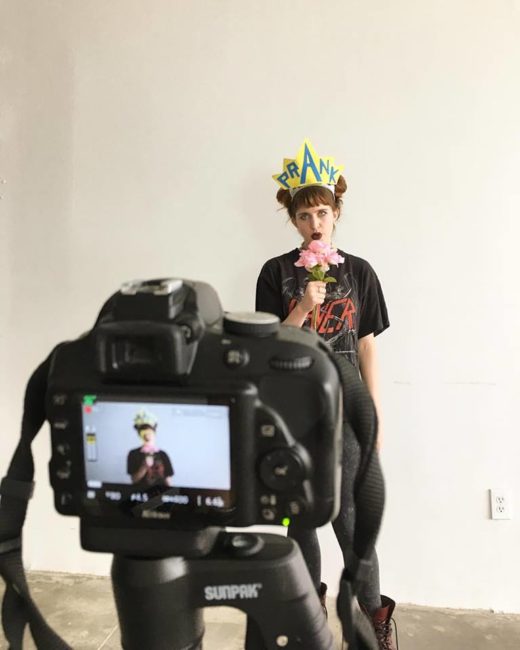 Lisa Prank’s anthems are comprised of confetti and lighter fluid. The musician behind the moniker, Robin Edwards, deals out distortion, dissonance, and erudite observations in her songs. She slays with menacingly accessible riffs that fall, tonally, somewhere between saltwater taffy and iron maidens. Our staff is obsessed with the Seattle-based musician (she is currently our Facebook cover photo; we named “Luv Is Dumb” one of the best songs of the year; and she rolls with a deep crew that is basically defining modern culture). If you’re not listening to her because you live in San Diego and exclusively listen to 311 songs, you’re fucking up. 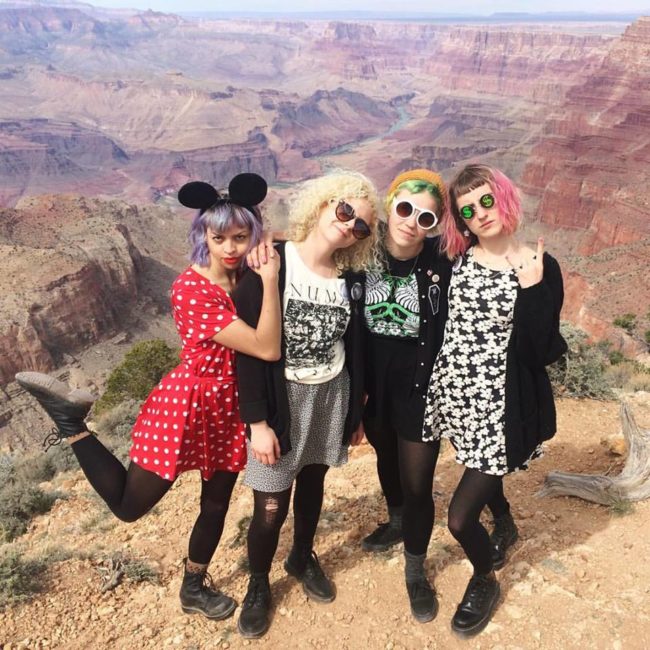 My favorite barfcore, fartcore, vomit garage band on the planet. Buzz saw harmonies, socially aware anthems, mad hatter lyrics, and ghoul prom aesthetics are the weapons of choice in this band’s bookbag. Not surprisingly, Mommy Long Legs also hail from Seattle (this city’s talent pool is out of control). The group basically clubbed and threw sanity into the deep end with “Life Rips”, went bananas on KEXP, and gave our site one of the best interviews ever. They are unpredictable, intensely intelligent, and don’t give a fuck about boring people. Our suggestion? Follow suit. 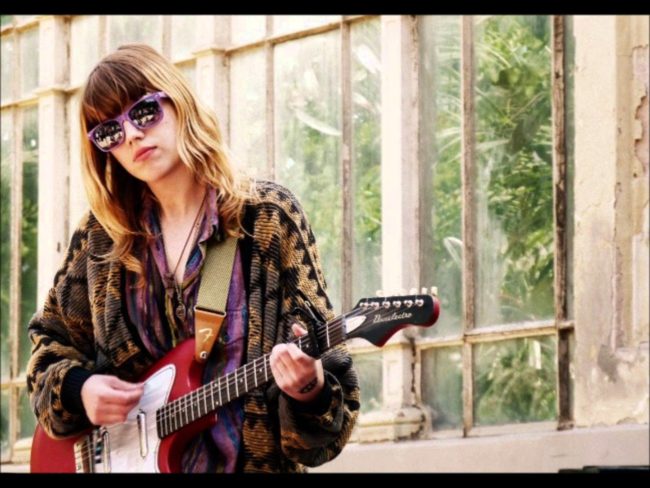 Former Vivian Girls member Cassie Ramone is effortlessly cool. Haunted, earnest, gossamer as fuck, the New Jersey born musician is a pillar of wick burning, lo-fi whiskey pop. She also tours with Colleen Green, Hardly Art’s enigmatic illustrator and sunglasses wielding badass. If you haven’t heard Cassie Ramone’s “The Time Has Come”, just stop reading now, plug in your Beats by Dre headphones, and make your night divinely sad. She also has a super sweet Instagram page that I recommend that you follow. 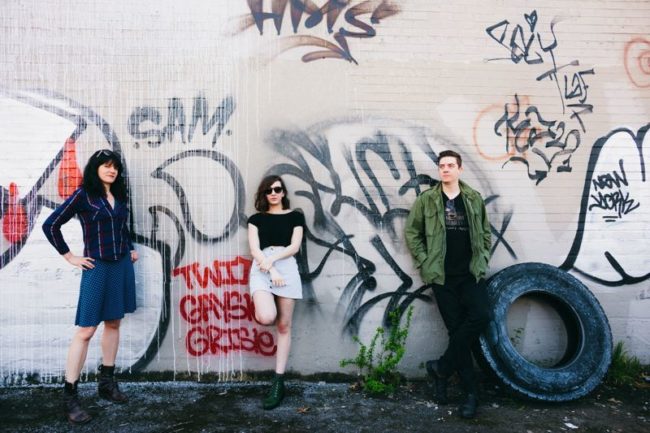 You guys are probably sick of Cinema Spartan filibustering about Summer Cannibals and their incredible, life-altering live performances, right? After you leave a Jessica Boudreaux fronted show you start to wonder if Jim James of My Morning Jacket should be worried about someone dethroning him. Boudreaux wrecks kids, slams beer, shreds with her raw stage presence – sorry to be your Paul Revere of recklessly good news. I mean, check out this video. Or this one. Err, that one.

Dom hails from Worcester, MA but stomps the concrete in Brooklyn. Here’s a dude that doesn’t even have a cover photo on his official Facebook page: he’s so chill that he doesn’t even care that a prefabricated, dull-gray placeholder is looming over his artist account. In a numb lilt, he once asked me “what’s that?” when I brought up Souplantation. Dom is gravelcore, beach malaise, cornerstorecore. He masticates cigarette butts and kick flips over your tombstone. Have you seen his video for “Living In America”? It’s like getting pelted with pizza crust and Budweiser cans. I love this guy. 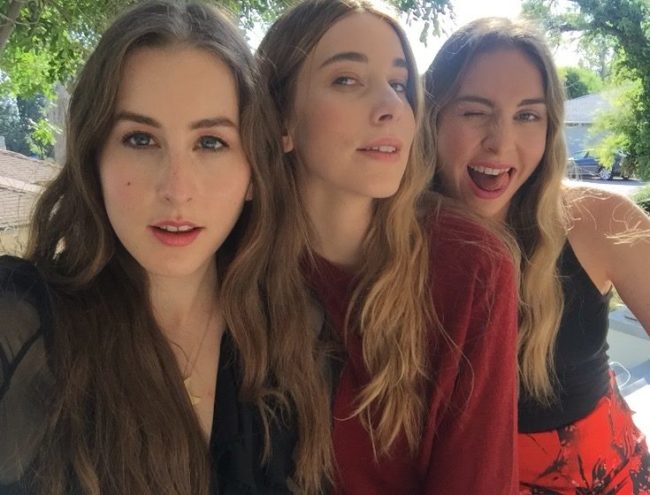 Alana, Danielle, and Este Haim are viciously talented, fashionable as fuck, and have a brilliant compass for humor. They are your divining rod of radness. In a land of garbage water, these this band constantly creates breezy, overcast pop with teeth flashing intensity. They are even friends with Stevie Nicks. Dude. Stevie Nicks. I don’t know what else you want from me. 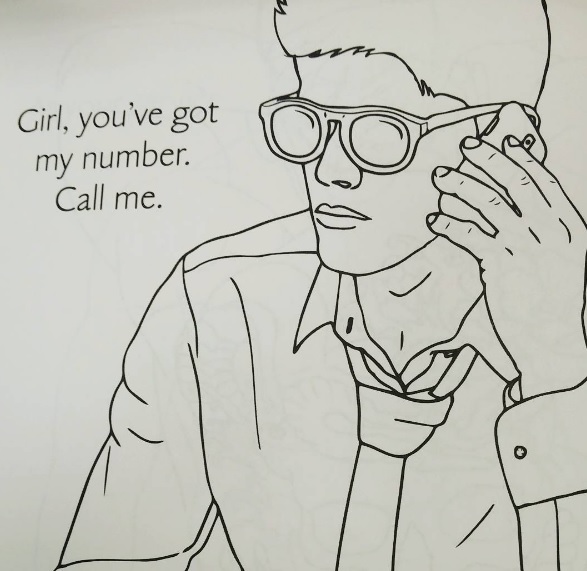 Check out this picture of Ezra that we took at Coachella this year. Dude is an acerbic quip-machine. If you’re not following him on Twitter, you’re missing out on weird, observational anecdotes, self-effacing and referential humor, and a myriad of other strange posts. This dude has Paul Simon pop-prowess and the snark capacity of Chris Hardwick. Also he’s a dope dresser. 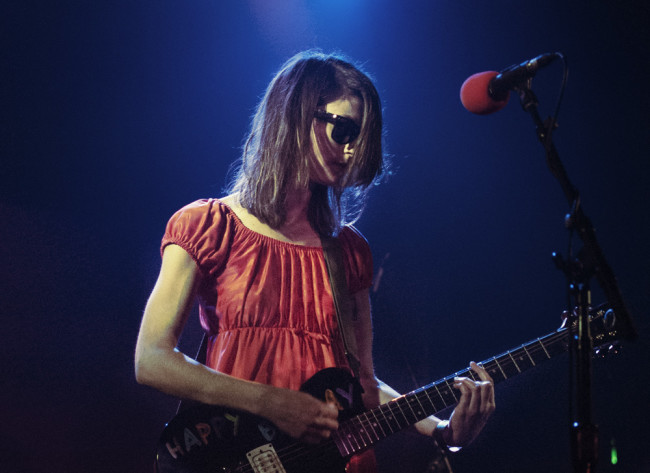 Colleen Green’s honest brevity, barbed humor, and distortion laden rock ensure her a spot on this superfluous but accurate list of rad musicians. There are fewer people that rock sunglasses better, but more importantly she is a great illustrator and songwriter. And she has had infinite patience with this outlet during two interviews. The Jameson drinking, guitar tenderizing performances should not be missed. Also, “Darkest Eyes” will forever go down as one of the best songs ever made. American songbook status.