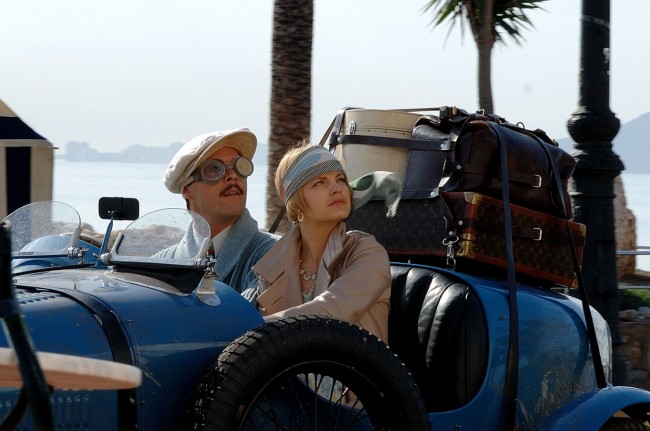 Ernest Hemingway began writing The Garden of Eden in the nineteen-forties while penning such literary mega works as The Old Man and the Sea. The Garden of Eden was worked on, intermittently, during a span that lasted almost two decades. To the chagrin of many, the book was never completed, but was published, posthumously, almost twenty-five years after Hemingway’s death – how terribly unfortunate for him. When the writer perished, I’m sure he would have been disturbed that his manuscript about a couple’s infidelity in France would eventually see the light of day by another’s hands. Evidently, in a push to release the book, it was poorly edited, as whole portions of the piece were butchered and even omitted.

There is little question as to why, knowing the previously mentioned information, that The Garden of Eden is not one of the author’s masterworks that you see sprawled across the side of a Barnes and Noble. Since the book is a sort of unsavory mash of substandard pacing and uneven dialogue, it’s strange to me that this would be a novel that someone would want to adapt. Then again, director John Irvin, known for testosterone flicks such as Arnold Schwarzenegger’s “Raw Deal”, probably isn’t too concerned with finding articulate source material.

The casting of “Hemingway’s Garden of Eden” is reminiscent of a community theater production. Mena Suvari, who plays one of the leads, looks like she is impersonating a still photograph. Meanwhile, Jack Huston looks uncannily like Anaheim Ducks hockey player George Parros. There are also other inconsequential players in the picture that look and behave as if they have never seen a camera before. The whole thing is so awkward that it almost behaves as if it was constructed solely as chum for the sharks at RiffTrax to feed upon. I suppose the director assumed that if he had a few props – in this case a bottle of absinthe and a pair of era appropriate suspenders – that you can make any particular type of period picture.

The music in “Hemingway’s Garden of Eden” sounds like the musical composition of a Spanish language soap opera. Then, sometimes when it feels especially bold, it begins to resemble a Japanese role playing video game. I’m guessing the music department forgot what they were scoring. Useless as the music is, there is a wonderfully bad sequence where Matthew Modine has coitus with a woman in Africa, searches for an elephant, and then finds animal dung. I have a feeling that they took this screenplay and pressed it against a blowing fan, let the pages go, caught them out of order, and shot whichever scene that flew at them.

There is also an influx of unnecessary nudity. Characters are dropping their clothes every two nanoseconds. The dialogue sort of goes like this: “I’m drinking absinthe, as if to represent the activities of people during this period in time. I would finish said absinth, of course, but my wife is undressing while also drinking copious amounts of absinthe. Later on, I will drink more absinthe while talking about absinthe.” I swear this movie is practically an R-rated Bevmo commercial.

For only being an hour and roughly forty minutes, this film goes on and on like a political filibuster (wait for the scene when a character caresses a rock on the beach for absolutely no reason). I don’t necessarily, even after the movie is over, understand any of these characters. I only know what their bodies look like, which is the antithesis of acting. I would probably consider watching Larry Clark direct a period picture before I would ever buy John Irvin doing one ever again. “Hemingway’s Garden of Eden” is certainly the worst film of the year – at least the worst film that will be released in San Diego. I have seen Legos with more animate qualities.