Someone Still Loves You, Boris Yeltsin 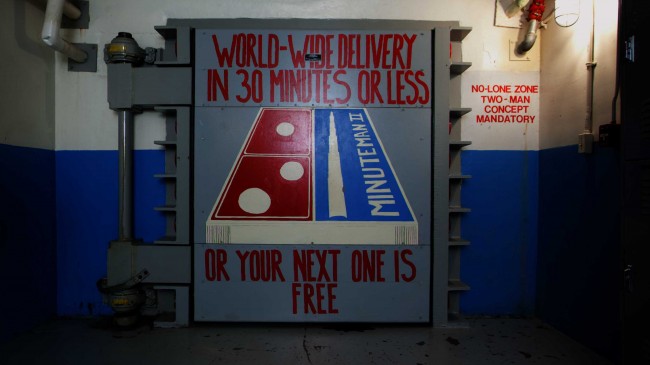 Devastation! Destruction! Atrocity fueled anarchy! Nuclear warheads! Danger, Will Robinson! These are all the things that spring from the screen of Magnolia Pictures’ newest documentary, “Countdown to Zero,” in which scholars of disaster straighten their bow ties, clean their eyeglasses, then astound audiences with information that is over half a century old. The statistics are mind-numbing, not in the way of how horrifying they are, but instead of how desensitized my brain feels to this dusty school text. The subject is innately intriguing, sure, but the documentary’s presentation is like watching a power point presentation made by a freshman college student.

Through the first hour of the film we are shown, if not two or three times, the same film in an effort to either showcase how terrifying the consequences of a post-nuclear meltdown could be, or simply because the director ran out of archival footage. Many of the talking-heads are telling us things that we already know, so the first sixty-minutes seem like an excessive pre-game warm-up for the prime rib of the film, which comes, but much later on, when the movie seems to be stretching itself thin. Why wait until there is twenty-minutes left to show us the interviews with heavy-hitters such as Tony “Michael Sheen” Blair and Mikhail Gorbachev? These people, who were much more on-hand with the continual nuclear crisis, prove to be infinitely more interesting than the book writers featured earlier on.

I’m not knocking a film that promotes awareness of the growing – or massive stockpiles of stagnate – arms across the globe, but I’m against a documentary that obnoxiously wades through the same material, time and time again, before it antes up and starts to provide legitimate testimonials from world leaders. The History Channel, which helped in the production of this film, loves its docs about perennial devastation – they must have a new series out every week, about the potential obliteration of the world by way of asteroid, earthquake, melting ice caps, or the reconstitution of Joseph Stalin through extraterrestrial technology – so I’m not surprised they had their hand in this cookie jar of despair.

Some of the information, revealed much later on, is incredibly fascinating to watch. The exposition about doing away with nuclear armament by way of diplomatic talks, between Reagan and Gorbachev, was great to hear about through a first-hand account given by the once General Secretary of the Soviet Union. There is a lot of disappointment in his eyes that, through this specific interview alone, carry the film’s message. Some of the doc’s info, such as Boris Yeltsin preventing an onslaught of nukes toward the United States, should be fodder for those Mental Floss fans out there.

I’d say, for the most part, this documentary will be vital for high school teachers in government classes. I cant imagine anyone over the age of 21 really needing, at any great length, a tired documentary about things we already know about. Shedding light on consequential information not available to the public at an earlier date: good. Breathing in the recycled air of information that we’ve already been stewing in for our entire lives: virtuous, but not eye-opening.

I praise the proactive stance that these filmmakers are taking, about a topic that may be stymied by other current events, but I only wish the subject had been in the hands of more capable individuals. Go see this documentary for the footage of Robert Oppenheimer and Mikhail Gorbachev; there is no way to better understand the sadness of these two men than what these visual time-capsules give. Otherwise, let me sum this up succinctly in a spoiler that you may not forgive me for: nuclear weapons are not without devastating consequences.