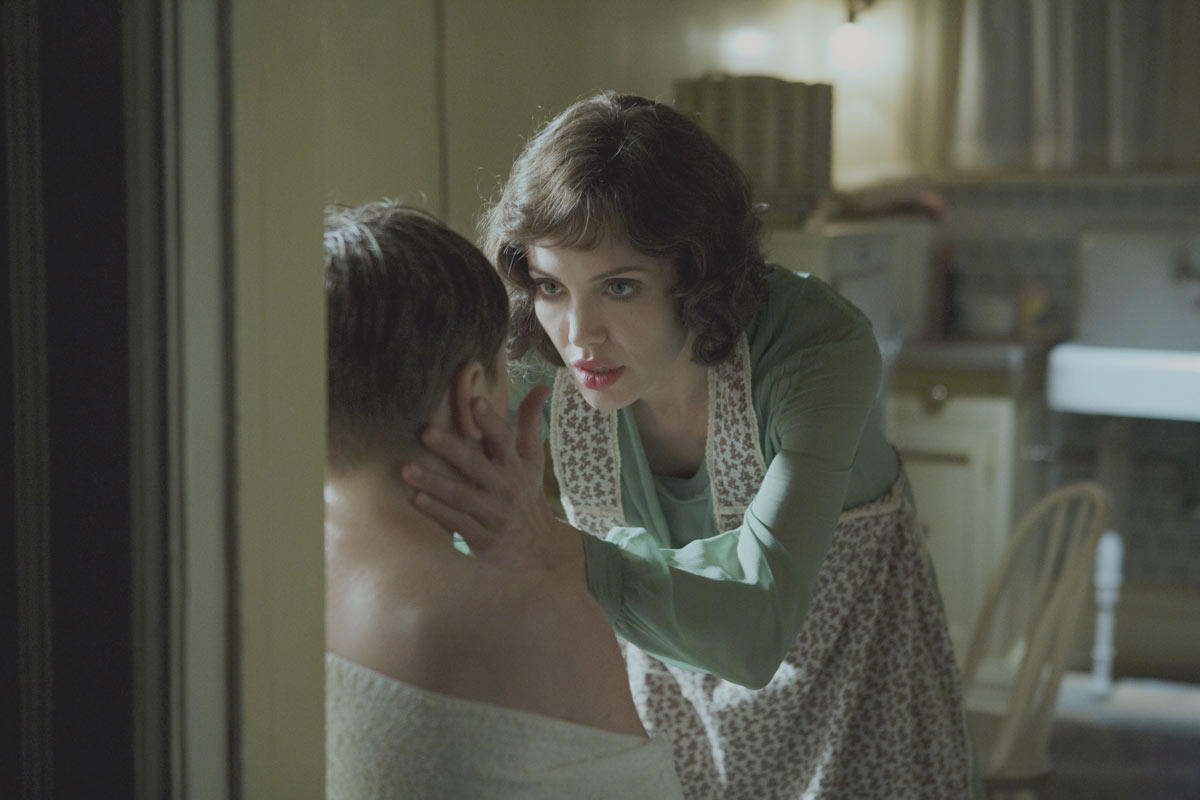 Since I saw Changeling, over a week ago, I have been really unmotivated to write this review. I feel guilty because I like Clint Eastwood for some reason that allows me to appreciate his talent despite his stiff, John Wayne-type one-trick-pony acting. He is an icon from an era where, now, most other actors of his status are dead or making awful cop movies. Therefore, I want to make it clear that Changeling is an impressive movie that will at least be nominated for an Oscar this year. I can recognize and appreciate good film-making when I see it and Clint Eastwood really has made a good film.

Consequently, I will target my complaints at a man named J. Michael Straczynski, the screenwriter for Changeling. J. Michael’s portfolio includes episodes of Babylon 5; Murder She Wrote; Walker, Texas Ranger; and my favorite 80s feminist cartoon, She-Ra: Princess of Power. Why Straczynski was suddenly plucked from his long career in television and entrusted with creating a big screen interpretation of an infamous true story is beyond me, but he actually does quite an adequate job considering his credentials. Unfortunately the word “adequate” means “not worth mentioning” at the Academy Awards. I credit Clint Eastwood’s directing and the work of Tom Stern, the film’s director of photography, for giving Changeling the sweeping, highly-glossed appearance that will get it nominated anyway.

Straczynki’s shortcomings are a result of the sheer breadth of content in the film. There are at least eight major scenes which offer the audience a sense of resolution but these are so elongated, spread out, and interfused with new, minor conflicts, that the “end” of the movie seems to occur over the course of an entire hour. The screenwriter is obviously still constricted in the television practice of resolving one conflict every 30 minutes.

Changeling is based on the true story of the Los Angeles Police Department’s outrageous bungling of a missing child case. Propelled almost exclusively by Angelina Jolie’s hyperemotional acting, the first part of the film flows smoothly as single mother Christine Collins (Jolie) implores the LAPD to find her son, Walter (Gattlin Griffith), who has disappeared from home one day while Mrs. Collins was at work. Five months later, Police Captain J.J. Jones (Jeffrey Donovan) presents Mrs. Collins with a boy who is clearly not Walter and pressures her to take him home and agree that he is her son. Bent solely on avoiding bad press, Captain Jones ignores Mrs. Collins’s pleas to continue looking for Walter and eventually has her committed to a mental ward under the pretense that she is delusional since her son has already been returned to her. Donovan, of USA’s Burn Notice fame, has an appropriate look for the role of Jones, but his acting tends to be taxing, especially juxtaposed with Jolie’s inconsistent conviction. In scenes between the two actors, Jolie seems like she’s trying to convince us of her emotions while Donovan appears to be delivering a one-man stage performance, or perhaps a televised sermon. Speaking of sermons, John Malkovich makes occasional appearances in the film as an outspoken reverend with a vendetta against the LAPD. His character is probably the most likeable in the movie, though he basically plays himself.

The best acting, I believe, comes from 14-year-old Eddie Alderson, who plays the guilt-ridden teenager, Sanford Clark. Clark presents the police department with information that finally gives the audience an idea of what really happened to Walter Collins. Clark’s story marks the beginning of the second, more convoluted part of the film and also introduces Gordon Northcott (Jason Butler Harner), the main character in an eerily related infamous story of crime and missing children. Harner’s performance should be disturbing and perverse, but for whatever reason, the audience with which I watched the movie repeatedly chuckled at his antics. Be it an inadequacy of Harner’s acting, the audience’s intelligence, or, again, Straczynki’s screenplay, something about Northcott’s character is amiss. He is shown to be clearly unbalanced but it is difficult to hate or even fear Northcott because of his almost innocent demeanor and his inappositely goofy expressions.

After the multiple final scenes, however, the story that stayed with me was Northcott’s. The plot centering around Walter and Christine Collins is interesting and perhaps most intriguing because of its basis in reality – a paradigm of the adage, “truth is stranger than fiction.” Northcott and Clark, nevertheless, become far more mysterious and complex characters as their bizarre story comes to light.

Changeling is worth seeing for three definite reasons: its cinematographic value, its engaging narration of mostly-forgotten scandals, and its message that institutions can be corrupt and should be questioned. Overall, I think that Clint Eastwood has created quite a notable film. I only wish he would have allowed himself a little more to work with.