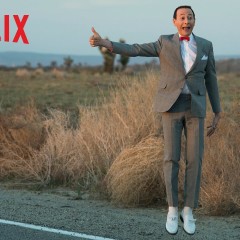 the advantage of Adventure’s stolen bike was that we could see Pee-Wee hurt by the theft. He goes through emotional changes, at times he is mean to those around him, he becomes depressed, and even interrogates potential suspects. This is the closest Pee-Wee, basically an adult child, got to an emotional arc in his career. By contrast, the goal in Holiday is general fun. Herman is definitely motivated to see Manganiello, but the movie struggles to show the audience what badness happens if he doesn’t get what he wants. We see him in Fairville, an idyllic 1950’s style small town, and he’s happy-go-lucky. Then, he hits the road to go to New York City to find Manganiello, and he’s happy-go-lucky there, too. 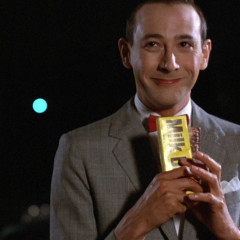 What is a feature? To paraphrase Potter Stewart: you know a feature when you see one. Let’s just say it’s a filmed story that is too long to be a short — the shortest films on my list are just over an hour. I’d mention the use of a three-act structure, but a few of the entries on my list of best feature debuts don’t care about your stinking three act structure.

From the beginning, the film raises a question about its success. Can Fey’s humor and the reality of the war in the Middle East combine to form a compelling story?