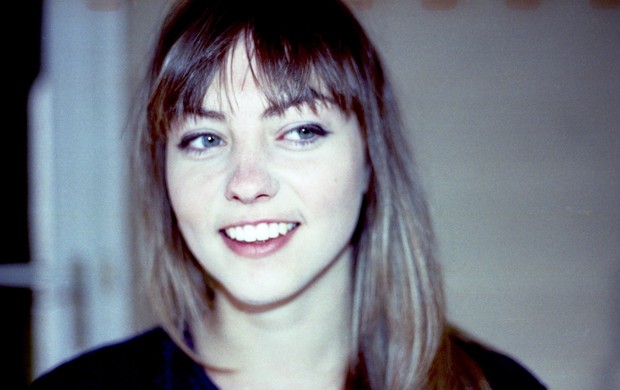 “Still only 29 years of age, it already feels like Olsen is a seasoned veteran.”

There are artists that you simply cannot put a single label on when describing their sound, and if you thought Angel Olsen didn’t deserve to be listed under this category before, then witness the stunning palette of her third LP, My Woman. Within the first three tracks, she mixes colors and settings before we have a chance to react with anything other than immediate awe. Ms. Olsen has never set her sights on being a “folk”, “rock”, “pop” artist, etc. She is an appreciator/student of the entire history of music, and her stark lyrical observations on love, hope, and the ever-present acknowledgment that life is fleeting, gives her a full-package of tools that are progressing into a fascinating, auteur-like body of work.

My Woman wastes no time making a direction-turn statement. Opener “Intern” offers a spacy-synth backdrop for Olsen’s continuously more commanding and confident vocals. It’s a song that feels like it has been sent to us from the future, getting a peek inside the heart and mind of a person speaking to themselves with words of harsh reality and encouragement, looking at the road ahead instead of giving in to the urge to glance back at the fiery rubble of the past. We’ve immediately been put under a spell on a track that would get the tip of the cap from Johnny Jewel, and less than three minutes later we are thrust into a polished yet vintage tune called “Never Be Mine”. One can easily picture it being a staple on diner jukeboxes of the 50’s and 60’s. There is a simultaneous feeling of both defeat and hope in Olsen’s stories throughout the stunning songs on this record, but it is never without a constant reminder of optimism. The dark is always combated with a flashlight and a big beating heart. “Shut Up Kiss Me” should undoubtedly become the most successful single of her career to this point, and for good reason. It’s a perfect combination of everything she has worked towards to this point, and her backing band sounds on fire on this track.

Side A serves as an energetic eye-opener, but by the time Side B enters into play, Olsen asks us to trust her and embark on a journey of rumination. If you’re a fan of where she has taken her work to this point, then tracks 6-10 on My Woman should prove to be an incredibly rewarding experience to witness. In one of the most powerful moments in music all year, on the sprawling track “Sister”, Olsen repeats the line “All my life I thought I’d change” over a backdrop that could have fit directly onto the great Neil Young & Crazy Horse records of the 70’s. Vocally, this is the highest point of captivation she has reached so far, and the proclamation is not one of regret, but rather a feeling of being content with possessing that never-ending desire to hold on to love.

Still only 29 years of age, it already feels like Olsen is a seasoned veteran. It’s fair to say that she really is, and I wouldn’t be surprised if she would give a lot of credit to the opportunity in her early twenties to be on many tours with Will Oldham. Over the last two decades, there have been few artists in music who have been as wildly unpredictable and shape-shifting as Mr. Bonnie ‘Prince’ Billy himself, and there are many moments throughout My Woman where it is easy to see her as a graduate of the Oldham Philosophies. The album closes with the line “I’ll be the thing that lives in the dream when it’s gone”. It’s a moment of stark genius on a collection filled with endless revelations that stack up with the best of anyone currently making music today.