There may be some omissions, but here are ten films that made me want to do parkour into a vat of lava. 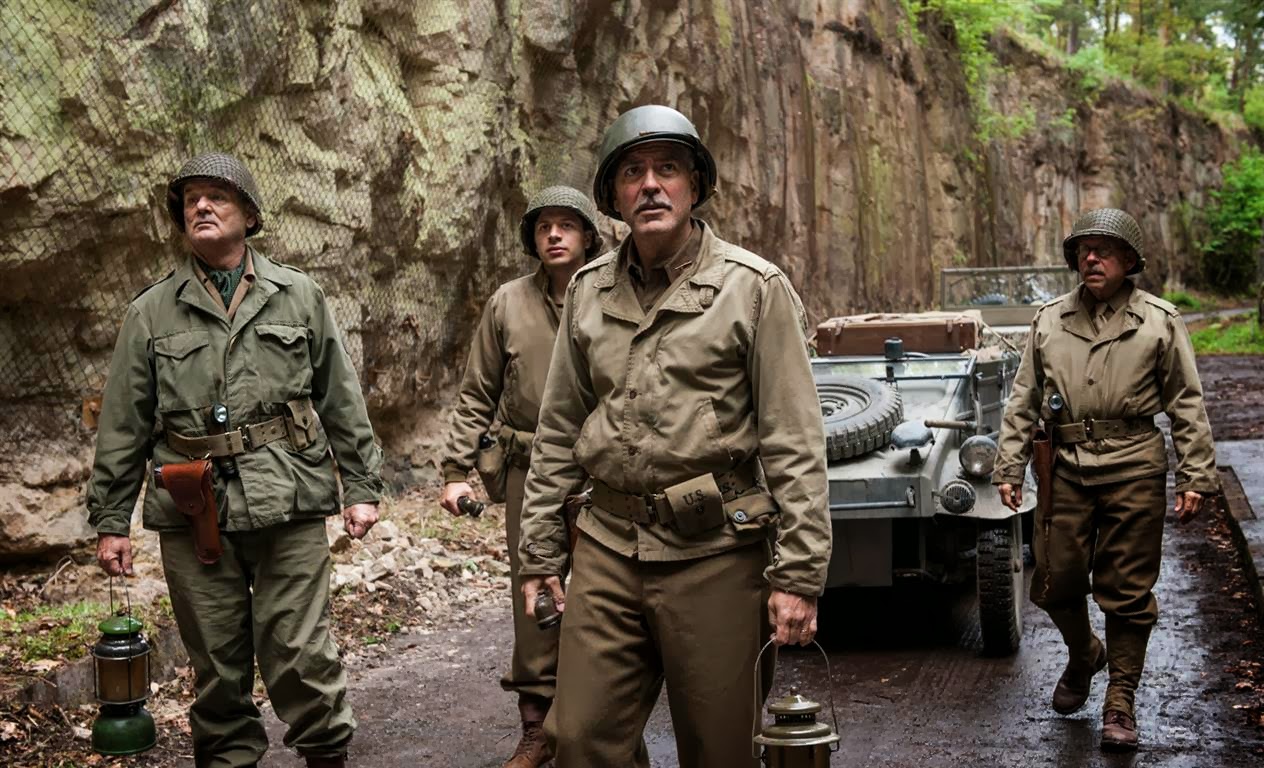 A theatrical, bombastic, and wretchedly out of breath score huzzahs, hiccups and goes through the motions of trying to elevate Clooney’s slovenly-paced material. There is so much going on, but the film treats every event with the same canned urgency, so everything bleeds together into one monotone groan. Clooney’s first foray into dad-bait territory. 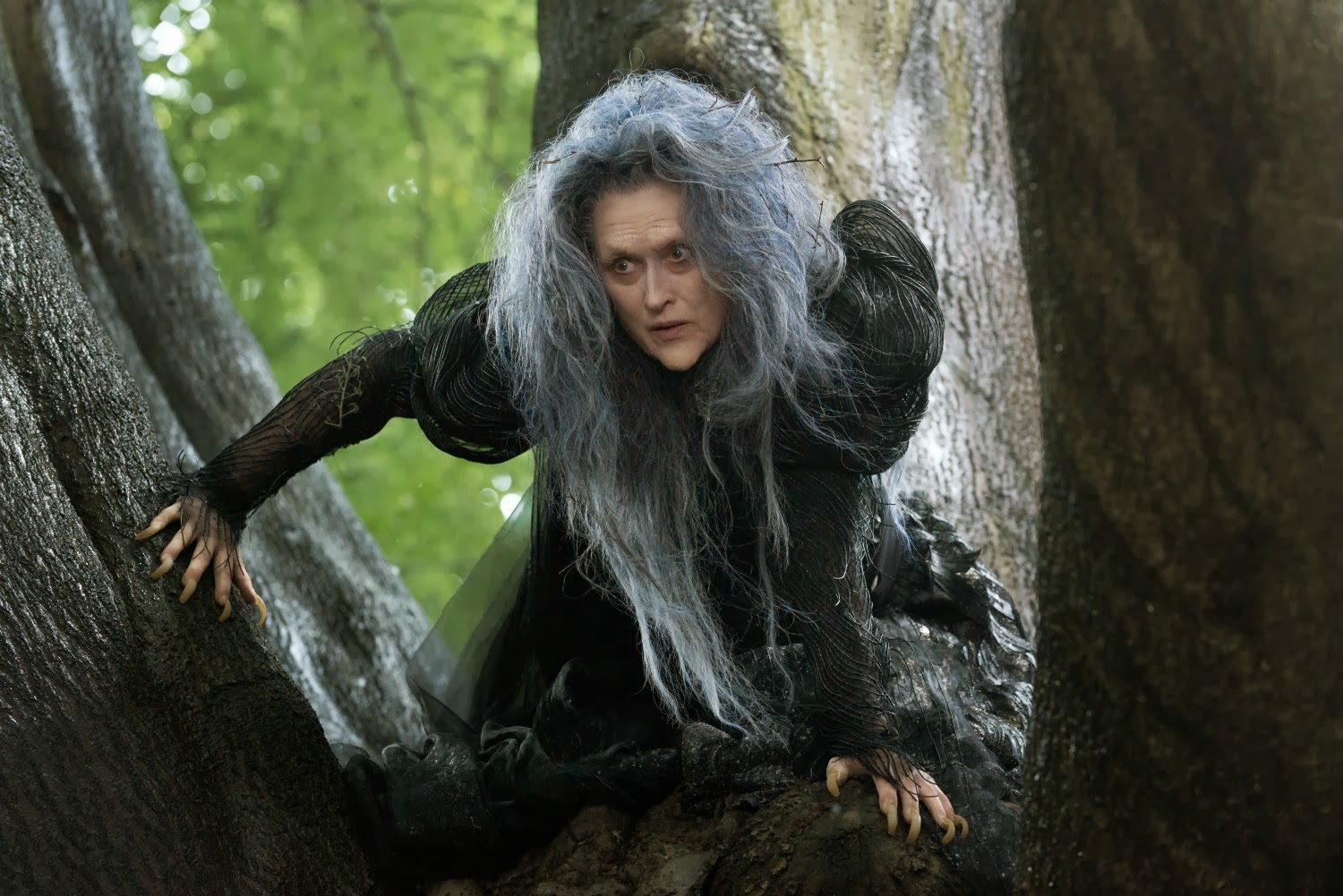 Culled from various stories, everything from Little Red Riding Hood to Jack and the Beanstock get mashed up like a Girl Talk song. Waiting with bated breath, iconic players such as Meryl Streep emerge from their gilded palaces to snatch up parts in these opulent productions. Director Rob Marshall directs this falsetto snorefest with the kind of somber vacuity that one would expect from a guy who brought the untenable Nine to life. Basically, this is an episode of ABC’s Once Upon a Time, only with Chris Pine pronouncing “woods” as “wahooooodes.” Clint Eastwood’s Unbroken – – – I mean Ron Howard’s Unbroken – – – I mean Angelina Jolie’s Unbroken is a Disney sports film, even though it deals with the true and courageous trials of an astonishing man in extraordinary circumstances. Jolie’s particular cocktail of overt inspiration and plain yogurt direction gums up just about every scene in Universal’s historical exploration of bereavement and determination. An empowering score patters and booms, whenever necessary, to guide your emotions as if they were a marionette on strings.

Throw Spike Jonze, Miguel Arteta, Terry Gilliam, and Charlie Kaufman in a blender. Now add vinegar, mud, fly paper and regret. What you’ll get is Richard Ayoade’s disgusting and deliberately unpleasant The Double, a film that is akin to sticking your head in a toilet bowl.

The equivalent of hacking at a golf ball in a sand trap for two hours. The Amazing Spider-Man 2 is an insipid dud that tries to draw all of its steam from the inherent likability of Emma Stone. It’s as if they threw the screenplay out of the window, stared Stone in the face, and said, “it’s up to you lol.”

A movie that could put a Liam Neeson chokehold on the success of future independent films. Happy Christmas is maladroit and simple, existing only because it can. The dialogue whirs to the ground like a nicked Frisbee, and we’re left, as an audience, wondering what the whole purpose was. To delight with wit and stun with existential prowess? Not quite. The improvisation is languid and lifeless and even the actors seem to be caught in a sinkhole of impoverished plot. By the end of Swanberg’s derelict opus, you wonder if the director has anything to say, or if he just has actors that he wants to work with.

Welcome to video game cut scenes co-hosted by a steely Eva Green. As a Greek man, I notice a lot of duplicity with the casting. First of all, the guys playing the Greek warriors look like American dudes with weak, manicured Tom Brady scruff. Real Greek dudes have burly facial hair and sweat nonstop. That’s the biggest historical inaccuracy; forget everything else.

“Why don’t you stop feeling sorry for yourself and start living!” A statue, resembling a person, gets thrown over a bridge, and someone says, “now you’re broken just like me.” Maudlin tripe with prosthetic emotion and terrible dialogue. The odd couple – Kelly and Cal – find a skewed peace together, while ostracizing their conformists families. It’s like Ali: Fear Eats the Soul without balls.

How did this get made? Why is William Hurt acting like a malfunctioning robot? Why is Will Smith wearing a graphic tee in 1916? Why is Russell Crowe doing his best Stephen Graham as Al Capone in Boardwalk Empire impersonation? Is the flying horse supposed to be a tongue-in-cheek nod to the TriStar Pictures Pegasus? Why is there a subplot, an hour and fifteen minutes into the picture, about Jennifer Connolly writing a food column? Yikes, man.

Misogynistic farce, where a chauvinistic college professor bullies a student (Brie Larson) into a cocoon of duress until she finally acknowledges how steely and rad he is. It’s an older dude’s dream, where he can gamble, spit in the face of the odds, and come out on top with nothing but a sexy shiner. Not only insulting, but also ridiculously written, The Gambler uses expressions such as “tick-tock, motherfucker” and “dance with the devil” to let you know how badass it is. Director Rupert Wyatt waterboards the audience in testosterone and malaise until it’s hard to recover. None of the suspense is built with care, and none of the characters operate with plausible decision making skills. The whole film feels like it’s trying too desperately to look cool at a party. The Gambler can find a place next to Poolhall Junkies and Confidence in the “listless machismo” section of Netflix.