Last night’s Soda Bar show was a mosaic of rad guitar riffs, plumes of primary colors, and carbonated verve. The venue was absent of streamers and pockets of party favors, but Tacocat’s performance still mirrored the vibrations, mercurial abandon, and candy eviscerating madness of their “I Hate the Weekend” video. The band – Emily Nokes, Bree McKenna, Eric Randall, and Lelah Maupin – are one of the most important mastheads in a super sweet Seattle music scene. The city is basically a superhero hub (Tacocat, Chastity Belt, Lisa Prank, CHILDBIRTH and Mommy Long Legs deserve their own Marvel movie). 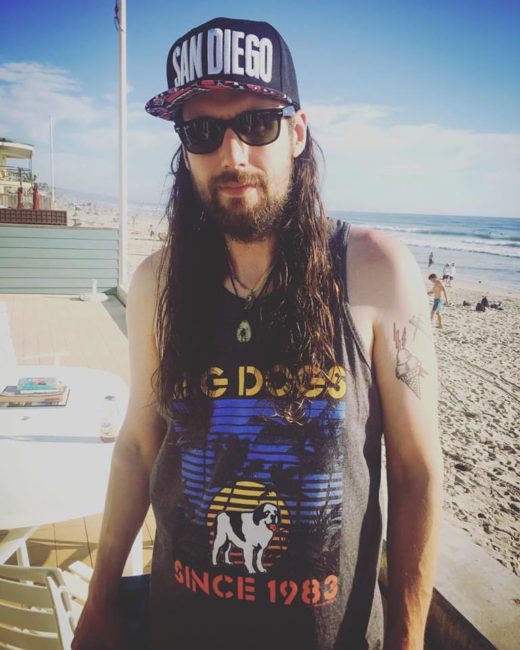 With a sudden cloud of smoke like two chalkboard erasers coming together (very theatrical writing, here), Tacocat appeared on stage, wrecked shop on stage, and performed with a pure sense of elation on stage.  Emily Nokes roared out melodies with an enthusiastic and joyous lilt (“Crimson Wave”, “Bridge to Hawaii”, “I Hate the Weekend” bounded off the walls of Soda Bar like a struck pinball). Also, Eric Randall’s hat. Did you see Eric Randall’s hat? If not, here’s a picture of Eric Randall’s hat.

Earlier at the venue, I ran into the super rad Alexis McAfee of San Diego’s The Fresh Brunettes. Our inspired exchange was all over the map, touching on broad topics of immediate importance, such as: “Tacocat is amazing”, “Isn’t Tacocat amazing?”, “Lelah Maupin is crazy cool”, and “Tacocat is amazing.”

Before the Seattle ensemble emblazoned the stage with infectious hooks and buoyant chords, the crowd at Soda Bar was privy to The Regrettes and Soft Lions. The Regrettes were in full command last night, bringing a dichotomy of cavalier coolness and whip-smart aggression to the bow of the stage. The band’s lead singer, Lydia Night, was poised, cool AF, and super on top of her game (The Regrettes even pulled off a super cool rendition of “Teenager in Love” that added a few barbs to the Dion and the Belmonts staple).

One of our favorites, Soft Lions, opened the night with Megan Liscomb’s electric vocals (an authoritative watermark of the band’s contained fury). Liscomb, Jon Bonser and Ana Ramundo were the perfect native ambassadors for a show of this caliber and importance. Setting the tone, Liscomb controlled the audience with a dedicated and confident burst of energy and stage presence.

After the show was over, Tacocat’s Emily Nokes signed a cassette tape for me and gave me secret information – a dossier of sorts – to give to Robin Edwards of Lisa Prank. Feeling like a drunk special agent, I ambled, aimlessly, into the city streets while my friend bought an entire box of Mexican food: as always, the perfect punctuation on a good night. All is right with the world.